This week the spotlight is on Susanne Kord, Professor of German, School of European Languages, Culture and Society. 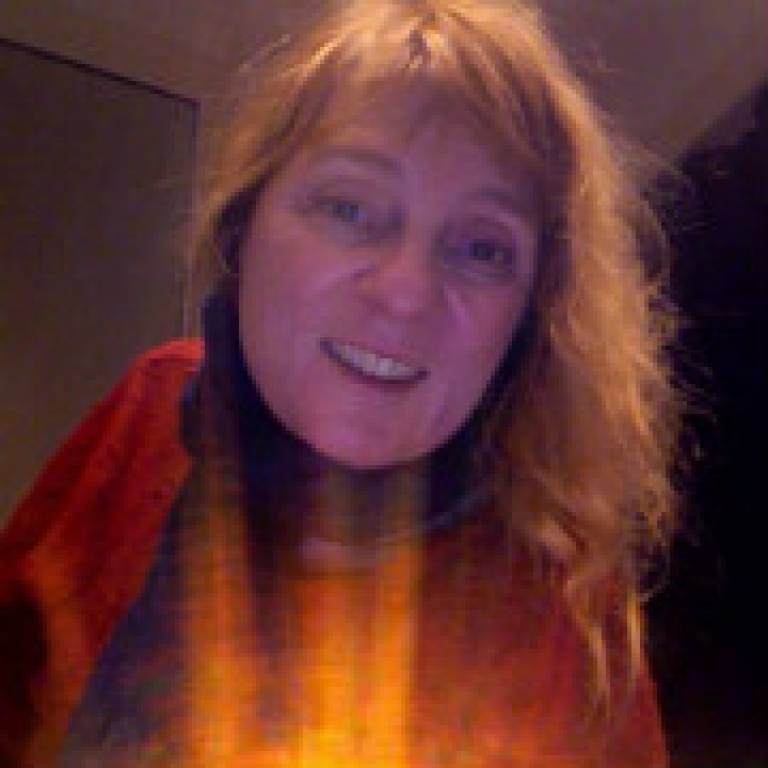 Thankfully, it's not a role but roles. To me the best thing about being an academic is the flexibility built into the job. I teach and research German, comparative literature, film and ideas about gender. I began my academic career as a teacher and researcher of 18th and early 19th-century German literature. Later, when I became interested in a whole lot of other things, the role changed to accommodate that.

I write about a broad range of literary and semi-literary documents, from poetry and drama to 18th-century German interrogation records of murderesses to Hollywood movies. I don't believe that the most sophisticated conclusions are always drawn about the most sophisticated materials. I don't believe that the most important ethical questions are always discussed in the highest aesthetic forms.

To me, that means that if we only study 'high' literature and art, we ignore lesser aesthetic forms - things like Kitsch, pamphlets, or horror movies - at the cost of our ethical education.

Over the years, I've been interested in questions like the following: why have female writers, for the most part, used anonymity and pseudonyms differently from male writers? How is it possible that eighteenth-century milkmaids, cowherds and domestic servants - people who were supposedly barely literate - sometimes wrote and published poetry in which they emulated or lampooned entire literary traditions?

What can ideas about female criminality tell us about what people consider female 'normality'? And does a relatively low-brow art form like the Hollywood movie actually have the power to inform and even create the standards by which we measure our current and future actions?

It is a privilege to have a job that allows me to think about subjects as diverse as these, either alone (in books and articles) or with students in classrooms.

I arrived at UCL in 2004 after two rounds of emigration, from Germany to the USA and from there to here. I taught German language and literature (and on occasion other things, like the history of the witch hunts) at the University of Massachusetts, Dartmouth College, the University of Cincinnati and Georgetown University in Washington, DC.

I played various official roles over the years, including Head of this and Director of that. But the two constants, and the most enjoyable part of the job, have always been teaching and research.

I can't really point to anything specific - a book I wrote or an administrative stint I survived - and I'm glad. If I could, that would be tantamount to saying that my career, or the best part of it, is over.

I much prefer to define 'achievement' as a matter of degree and as on-going development. I'm trying to turn my students into better thinkers, and in the process become one myself. You don't see instant results, just changes in the way you think.

My students, being young, change faster: you can sometimes see great mental leaps between the beginning and the end of a single semester. I may be slow by comparison, but I'm happy to say that the way I teach, my approach to writing and the research subjects that I'm interested in have all changed radically over the years and still do. When that stops, it'll be time to retire.

What I'm most humbled by is that students from all five universities at which I've taught still write to me: anything from emails to thank-you notes to holiday postcards to wedding invitations. The students in a class that I taught in 1999 still have yearly reunions at a sushi restaurant in Washington, DC, from where they send me a 'reunion newsletter' each year, consisting partly of news of them and partly of new ways of making fun of their old teacher.

They seem to have a total recall of things I said or did in class that they found hilarious (not all of them, I assure you, intentionally funny). I'm deeply grateful that students from so long ago still remember me, and amazed they haven't run out of material in all these years.

Happily unsettled. I live in north-west London, near Hampstead Heath, with my husband John, a musician. I play bad guitar and worse piano; fortunately, his patience is practically endless. When I'm not in the Heath, or in one of London's many wonderful theatres or museums (for my occasional shot of high-brow art), or watching dreadful movies (part of my background research for a book about evil children in horror films), I'm usually out somewhere listening to John play. The law that banned smoking in clubs and pubs changed my life.