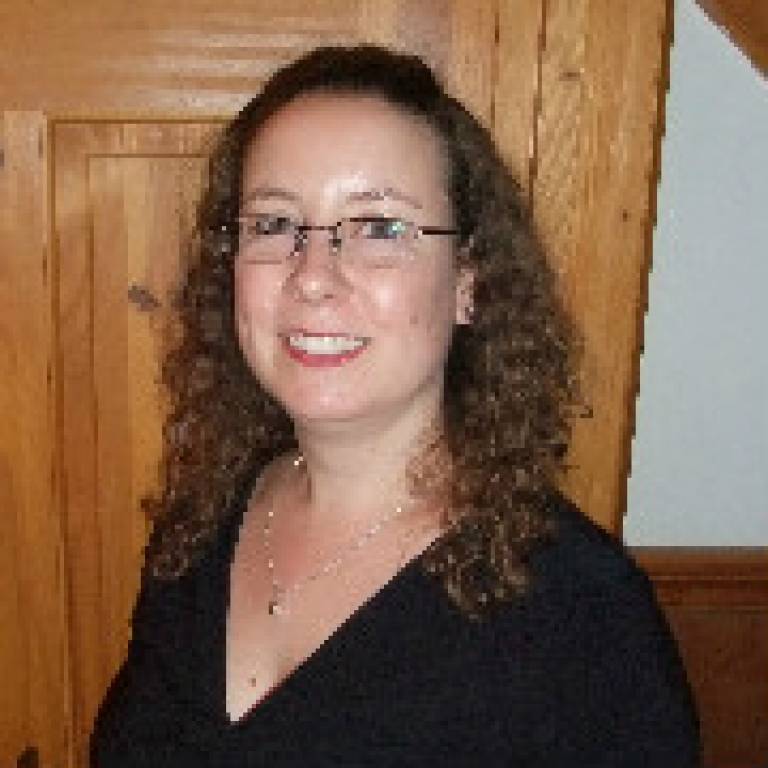 The PA part of my role involves managing the diary of a busy Director, administrating UCL's Finance Committee and dealing with all the queries that are directed to our office on a day to day basis. I am also involved in the collation of the content of the Annual Report and Accounts, and produce the final document that is presented to the various Committees before being uploaded to the UCL website.

The project part of my role allows me to utilise my project management skills on a variety of different levels. When I arrived at UCL, in conjunction with Alison, I managed the Finance Change Project which restructured the Finance Division and then I moved on to work as the Communications Manager on the Procurement To Pay (P2P) Programme. As well as producing the communications plan, part of my role on the P2P Programme was to create regular newsletters. In addition to providing information and guidance on the new systems, the newsletters recorded the progress of each project as it was rolled out and documented the achievement of each as they were completed.

The current project I am working on is the 1-19 Torrington Place Refurbishment (of floors 5-10) which is due to complete in the autumn. I am responsible for floors 5 and 6, where the majority of the Finance Division is based. This has been an exciting project to work on as I've been involved from the planning of the project phases, the design, writing and assisting in the facilitation of change workshops, coordinating the individual staff moves to dealing with the inevitable snags after each move that occur on a project of this size.

I will celebrate my 3rd anniversary of working for UCL this September. I started my working life at the BBC and was there for over eight and a half years. During my time there I worked in diverse areas such as BBC Sport, BBC Classical Music TV and Group Finance, and also had a stint in the current and previous Director General's office as a PA. I spent my last year in the BBC World Service, where I worked as a project coordinator in the Chief Operating Officer's office before being made redundant.

After the BBC, and prior to joining UCL, I worked for Scottish Power as the manager of their London office. The office was originally based in the City but with the merger of Scottish Power with a Spanish energy company, Iberdrola, there was no longer the need for the large office suite that was currently occupied. Apart from two Directors, I was the only other person working in London, so I was able to get fully involved in the move from the City to the new premises at St James's Park. I viewed prospective offices, was involved in the design and layout of the new office, made decisions on the furniture and equipment and managed the actual move. Packing up two kitchens, two Boardrooms and six offices with the help of two people from the move contractor was no mean feat! This gave me invaluable experience which I am currently drawing upon for the 1-19 Torrington Place refurbishment project.

One of the projects I was involved in at the BBC World Service was an Admin Review. As well as assisting with the management of the restructuring process, part of my role was to come up with a standardised way of carrying out admin tasks. This was because there was a lot of duplication of effort and different areas had different procedures for the same task.

To gather data I created and facilitated workshops with admin staff across all departments to find out what sort of tasks were being carried out across the Service, the different ways that people did them. I then analysed the findings and came up with a 'best practice' guide for all the tasks identified. After researching into how this information could best be accessed and communicated, I wrote a 'How To …' wiki which contained a comprehensive list of all the admin tasks carried out and the preferred way of completing them. As this guide was produced in collaboration with the staff that carried out these tasks, it proved useful to them and gave them a framework upon which they could build upon. The advantage of using the wiki was that it can be edited by others so the aim was for staff to carry on using the facility and update it after I was gone.

On a much larger scale the UCL P2P Programme has achieved its objective of standardising the purchasing process from end to end, and UCL is beginning to realise the benefits of the faster and more efficient processes. Staff are also beginning to see the benefits, especially with iExpenses with 65% of claims now being processed in under 10 days.

I like listening to music and going to (mostly classical) concerts. One of my lifelong hobbies is playing the flute. At the end of last month I attended a residential summer flute course at a picturesque school in Woldingham, Surrey. I first went two years ago so it was great to meet up with old friends, and I really enjoyed being surrounded by music everyday and being taught by professionals who are at the top of their field.

As well as being the Treasurer of a local orchestra (and playing the piccolo!), I am Chair of the UCL Chamber Music Club. This year the Club celebrates its 60th anniversary so we are planning a special recital series alongside our usual concerts.