Iberian Lynx not doomed by its genetics

The low genetic diversity of the Iberian lynx - the most endangered carnivore in Europe - may not decrease the species' chance of survival, according to new research by geneticists. 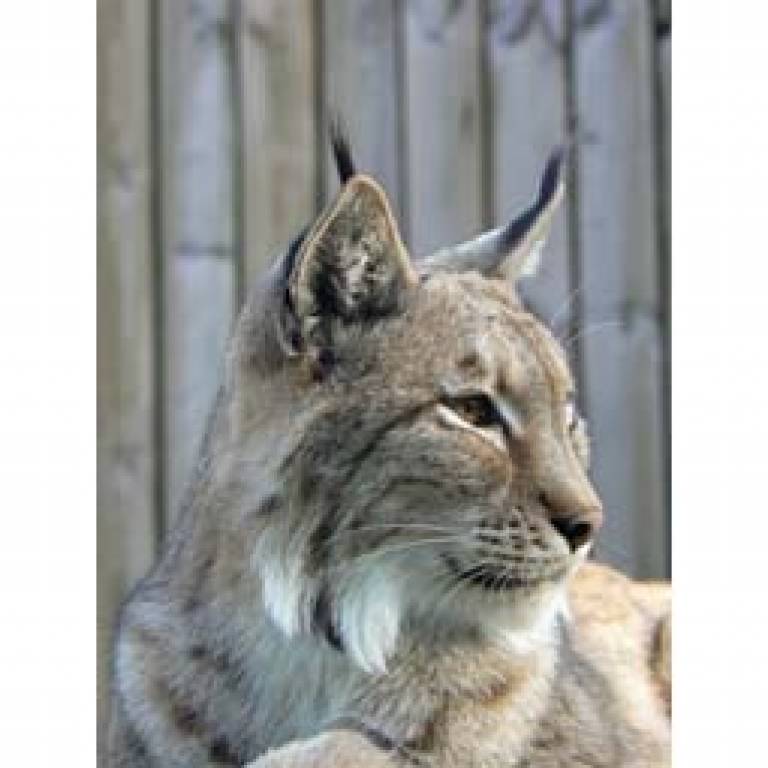 Research looking at DNA from Iberian lynx fossils shows that they have had very little genetic variation over the last 50,000 years, suggesting that a small long-term population size is the 'norm' in the species and has not hampered their survival. The new study is published in the journal Molecular Ecology.

Conservationists previously thought that having low genetic diversity would doom a species to extinction, through inbreeding and reduced ability to adapt to changing environments.

Such a lack of genetic diversity, also seen in other cat species such as African cheetahs, lions of the Ngorongoro crater and the Florida panther, is usually thought to be the result of population bottlenecks. The effect of human activity or the dramatic ecosystem changes at the end of the last ice age caused by the Holocene warming around 10,000 years ago are common explanations for the phenomenon.

However, when researchers in Spain, Denmark and Sweden extracted DNA from the fossil bones and teeth of Iberian lynx, covering a period of at least the last 50,000 years, they found no genetic variation over that period. They were looking at mitochondrial DNA - a part of the genome that is usually very variable.

"At first this result was very surprising," said Ricardo Rodríguez from the Instituto de Salud Carlos III in Madrid, a lead author of the study. "It is not unusual to see low genetic diversity in living members of a species, but when people have looked at fossil DNA - especially from fossils older than 10,000 years - much more diversity is usually seen."

In collaboration with researchers at UCL (University College London), they were able to show that such patterns are best explained by relatively small long-term population sizes over that period.

"To see so little genetic diversity over such a long period of time indicates that populations sizes were moderate" said Professor Mark Thomas from the Department of Genetics, Evolution and Environment at UCL, a co-author on the study. "But if small populations can exist for so long and with so little genetic diversity then this must say something about the survivability of similar endangered species today."

The Iberian lynx is currently considered the most threatened cat species in the world and is the most endangered carnivore in Europe. The International Union for Conservation of Nature has classified it as critically endangered. Despite being distributed throughout the Iberian peninsula in the past, lynx are now only found in two small isolated populations in southern Spain which together harbour no more than 279 individuals. This recent reduction in population size has been caused by habitat destruction, the decline of its main prey species - the European rabbit - and excessive hunting, even in the recent past.

"Most importantly, these results show that low genetic diversity in the Iberian lynx is not in itself an indication of a population in crisis" said Dr. Love Dalén from the Swedish Museum of Natural History, senior author on the study. "What's more, our results may help conservation biologists to assess how large a population needs to be to ensure its long-term survival, something which is a topic of an ongoing debate in many countries, especially for large carnivores."

"One clear message of our study is that a lack of genetic diversity in an endangered species should not hamper conservation efforts" added Dr. Cristina Valdiosera from Copenhagen University. "It's a myth that certain species are doomed by their genetics. If a species is doomed, it is only doomed by a lack of will to conserve it".

Image: 'Iberian Lynx' by Nutxlago on Flickr. Some rights reserved.