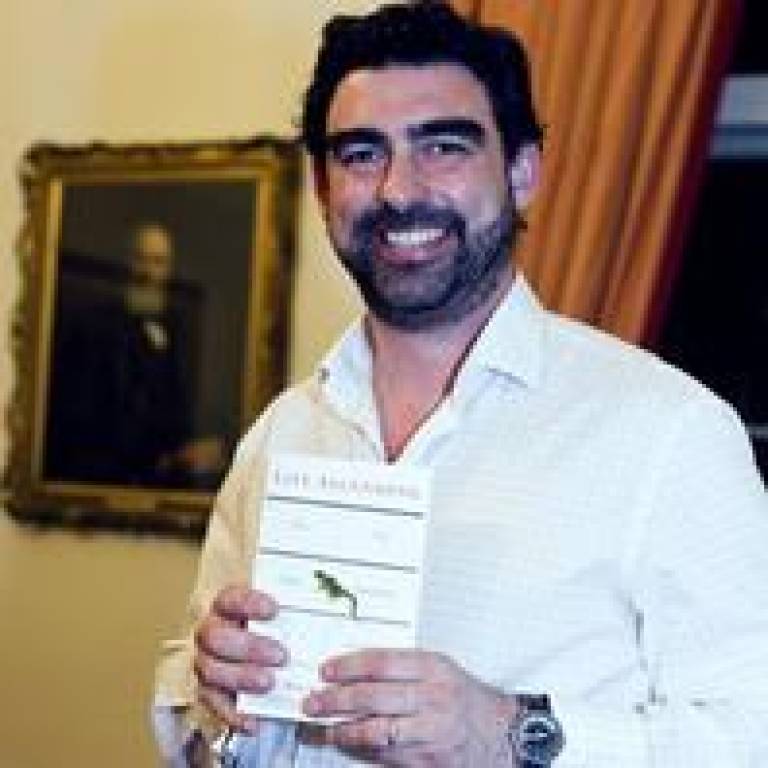 In his book Life Ascending: The Ten Great Inventions of Evolution (published by Profile, 2009), Dr Lane charts the history of life on Earth by describing the ten greatest inventions of life, based on their historical impact, their importance in living organisms and their iconic power.

Maggie Philbin, chair of the judging panel and former presenter of the BBC's Tomorrow's World, said: "Life Ascending is a beautifully written and elegantly structured book that was a favourite with all of the judges. Nick Lane hasn't been afraid to challenge us with some tough science, explaining it in such a way that we feel like scientists ourselves, unfolding the mysteries of life."

Dr Lane said: "I've been following the prize since its inception and I know it's the highlight of the year for many scientists. The prize stands for getting the best science to the widest audience possible and I hope that it attracts funding next year and continues for as long as possible."

Thanks to Dr Lane's award, UCL Genetics, Evolution and Environment is the only department in the world to house two winners of the Royal Society Prize for Science Books; Professor Steve Jones carried off the award in 1994 for The Language of the Genes.

Dr Lane holds the first Provost's Venture Research Fellowship in UCL Genetics, Evolution and Environment, and is a founding member of the UCL Consortium for Mitochondrial Research. His research is on the role of bioenergetics in the origin and evolution of complex life.