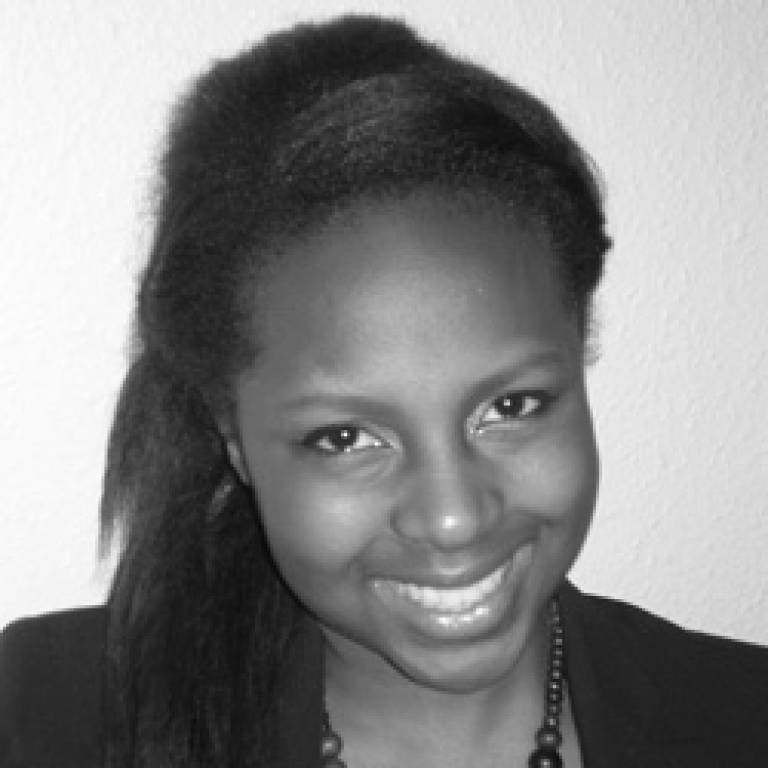 
A UCL student has been recognised as a future leader as part of a campaign to encourage young people from African and Caribbean backgrounds to aspire to a university education.

Harriet Ssentongo, who is studying for an MSc in International Public Policy, is among the 100 students profiled in Future Leaders magazine, which seeks to highlight the top performing black students in the UK, in both academic work and extracurricular activities.

The magazine is an extension of the Black Power List published annually by Powerful Media, which documents the UK's 100 most powerful people of African and Caribbean heritage.

As well as excelling in her academic life, 25-year-old Harriet mentors students from inner-city London schools for the charity Aspire.

In May this year she co-founded A Different Way Research, a forum to provide information, research and news on all social and political issues related to Africa.

Ms Ssentongo said: "I graduated from the University of York in 2006 in social policy. During my degree I had a variety of experience: I was employed as a researcher and wrote a working paper on the sociological influences on the entrepreneur, as well as interning at my MP's constituency office in Finchley Central and working as social policy researcher for the Citizens' Advice Bureau. Upon graduation I worked for Bloomberg in financial sales looking after London and then Scandinavian accounts.

"I embarked on a masters at UCL in international public policy in 2009 as I have a passion for politics. This degree was paid for entirely by myself, while I worked 25 hours a week minimum to remain on the course. At the same time I have been mentoring A-level students as part of the charity Aspire, which seeks to get students from inner-city London schools into Russell group universities. Lastly, I spent the summer working as part of the Ed Balls Campaign team for Labour leader."

All the students profiled were chosen by a panel of three judges, which included:

Future Leaders editor Adenike Adenitire said: "The standard was so high, and there was no shortage of nominees, which drives the message home that the future black British community is already an asset to this country."

Powerful Media CEO Michael Eboda said: "Future Leaders will be a success if just one child, who otherwise would not have gone to university, does so as a result of reading the publication; or one undergraduate studies that little bit harder and gets a first-class degree because they were inspired by one of the graduates featured in the magazine."

At UCL, we believe that a university can and should aim to shape students' personal and social development, as well as encourage their intellectual growth. This is what we mean when we talk of a UCL 'education for global citizenship': the term encapsulates all that we do at UCL to enable our students to respond to the intellectual, social and personal challenges that they will encounter throughout their future lives and careers.