Professor Malcolm Grant, UCL President and Provost, announced today that he would be taking an immediate pay cut of 10% and would be carrying forward the existing pay freeze for UCL senior management for a further year. 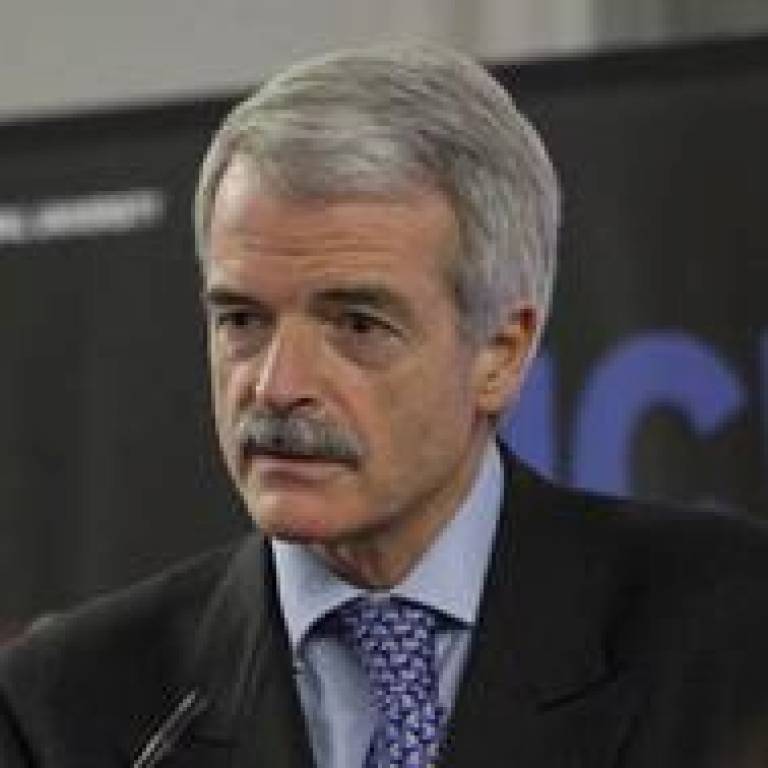 He said that he wished to take a lead in responding to the acute financial pressures on Britain's world-class universities. He has already taken a pay freeze since 2008, and has made significant annual donations to UCL approaching 10% of his salary.

Professor Grant said: "The Government has launched a programme of significant cuts in university budgets, and these risk endangering world-class institutions which contribute billions to the nation's economy. It is going to take a concerted effort to maintain their global competitiveness, including much tighter housekeeping measures. A significant proportion of our overall funding already comes from non-government sources. I am determined that UCL should continue to be one of the UK's leading universities through financially turbulent times, and maintain its commitment to outstanding education and research."

Sir Stephen Wall, Chair of UCL Council, stated: "The Council wholeheartedly supports Malcolm Grant's decision. Professor Grant's salary has always reflected the Council's wish to reward and retain his leadership and dedication. But this is the right thing to do in harsh economic times."

A research and teaching powerhouse, UCL has gone from strength to strength in the past decade, and was ranked fourth in the world in the most recent Times Higher Education-QS World University Rankings.

UCL is passionate about engaging with society and tackling the world's major challenges, and defines this commitment in its research strategy, channelled into a series of Grand Challenges.

The university is committed maximising the social impact of its research through partnerships with local, national and global institutions. In 2009, in response to the economic downturn, UCL developed a package of recession-busting activity aimed at supporting London businesses and helping UCL graduates to find work or to go on to complete a masters degree at UCL at reduced cost.

Professor Malcolm Grant is a barrister, environmental lawyer, academic and public servant. He took up the post of President and Provost of UCL in 2003.