Into the Woods into the Sunday Times National Student Drama Festival 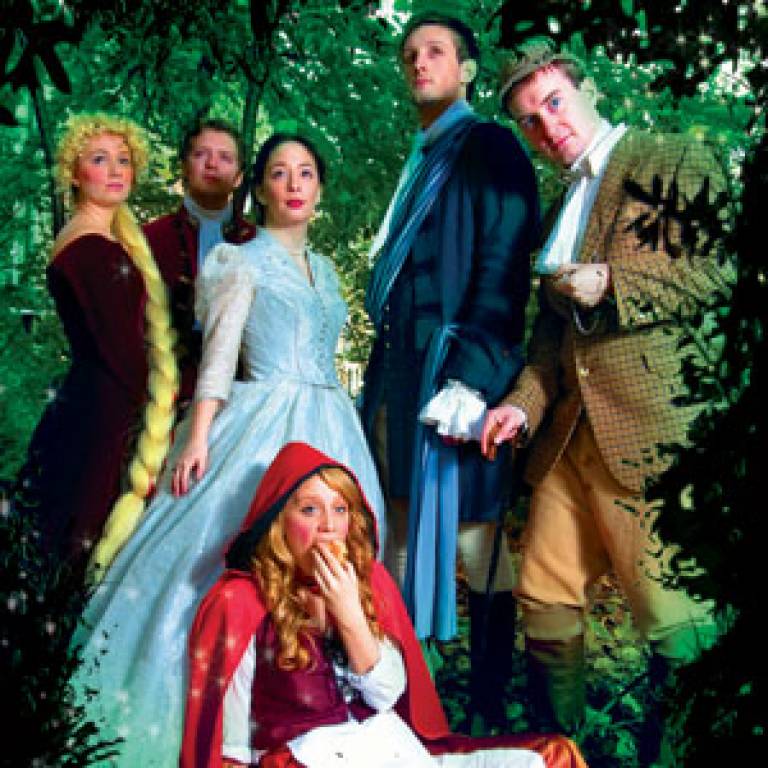 A UCL student-led production - of Stephen Sondheim's 1988 musical Into the Woods - has been selected for the Sunday Times National Student Drama Festival (NSDF) for the first time.

UCLU Musical Theatre Society is made up of students who share a passion for musical theatre. Each year the society performs five musicals, which have to date included Sondheim's Company and West Side Story. The students' production of Into the Woods was the society's first full-scale Sondheim musical which ran to packed houses at the UCL Bloomsbury theatre in December last year.

Director Dom O'Hanlon said: "It's such an achievement for us to have got to this stage. We are the only musical to have been selected, and the first at the festival for many years. I am delighted to be presenting a Sondheim show on a national platform, and especially one which is so well written and exciting for audiences of all ages."

The NSDF is the largest and most prestigious festival of its kind in Britain, and each year nearly 200 productions from around the country enter with the hope of performing at Alan Ayckbourn's Stephen Joseph Theatre in Scarborough. Ten of the best shows are selected to perform in front of a 600-strong student audience and industry professionals ranging from Mike Leigh to John Caird.

The show features a cast of over 25 students as well as a full orchestra, made up entirely from the student body. No one in the cast is a drama student, which producer Alicia Bennett says makes the achievement all the more special: "Both the cast and production team are made up entirely of students from UCL. Between us we study subjects as wide ranging as History, Medicine, Anthropology and English, but come together to share our passion for producing high-quality performances. All of our hard work is extra-curricular, but we do it because we love to perform."

The project has been fully supported by both the UCL Union and UCL itself and, as the only university in London to get to this stage, the festival will bring prestige to UCL societies and the student body.  UCL President and Provost Malcolm Grant is said to be "delighted" with the news, after enjoying the performance himself last year.

The cast and crew are currently in rehearsal to prepare the show for the festival, which opens on 27 March. "We all now feel like Cinderella," says O'Hanlon "as like her, our dreams of going to the festival are finally realised."

Image above: Detail from UCLU Musical Theatre Society Into the Woods poster

The UCLU Musical Theatre Society is one of the most vibrant, enthusiastic and fast-growing societies at UCL. All the productions are organised, directed and performed by UCL students and incorporate the singing, acting and dancing skills of the best people who attend their open auditions.

Students divide their theatre time between the UCL Bloomsbury Theatre, UCL's own 535 seat West End Theatre and the UCLU Garage Theatre Workshop. Aside from productions the society is involved in union-wide events such as Arts Festival and Christmas in the Quad.