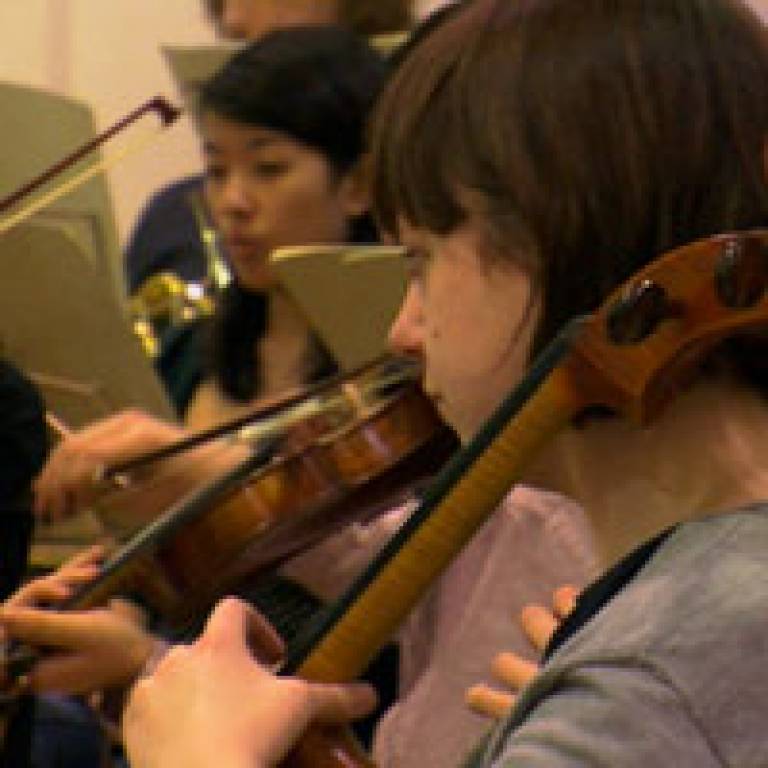 Based on the medieval legend of Genevieve of Brabant, the opera was first performed in June 1850 at the Stadttheater in Leipzig, with Schumann himself conducting. Now UC Opera enables Genoveva to take centre stage again, this time at the UCL Bloomsbury Theatre in London, from 22-27 March.

Siegfried, the Count of Brabante goes off to war, entrusting his wife Genoveva to the care of his servant, Golo. Golo is enamoured with Genoveva, but she rejects his advances. To gain revenge, Golo fakes an affair which is witnessed by many. Genoveva's husband then sentences her to death for her betrayal but her life is saved by a mute, deaf boy. When Siegfried later uncovers Golo's deceit he restores his wife's honour.

UC Opera has been bringing rarely performed work to the stage for over 50 years including 17 British premières and three world premières. The impressive scale and calibre of the productions has earned the student society a reputation as one of the most exciting platforms for opera in the UK. The society is also somewhat unique in that it exists in the absence of an academic UCL music department and is run by students for students - most of whom have no prior professional musical training.

Conductor Charles Peebles said: "No other art form quite entails the breadth of ingredients or the richness of experience it offers."

Simon Hall, UCL student and soloist said: "Being part of a production like this is actually quite a special thing, especially at UCL. I think it's the only place where the students get to work with professional opera singers, so it's a step towards real life in that sense and you're treated as equals even though you're just students."

Writing in the March issue of Prospect, Martin Kettle said: "UCO is actually very special. Every year it mounts four or so performances of an opera which in all likelihood you will never have heard before in your life and which you may well wait most of a lifetime before ever hearing again. […] Go because the work will contain interesting things you will not be able to encounter elsewhere. Go because the works of the great are always worth hearing and because these students and enthusiasts deserve your support and thanks for their unique and too often unheralded annual achievement."

UC Opera is entirely run by students, with the support of professional members of the production team. UC Opera provides an opportunity for students to be involved in an operatic production to which they are otherwise very unlikely to have access.