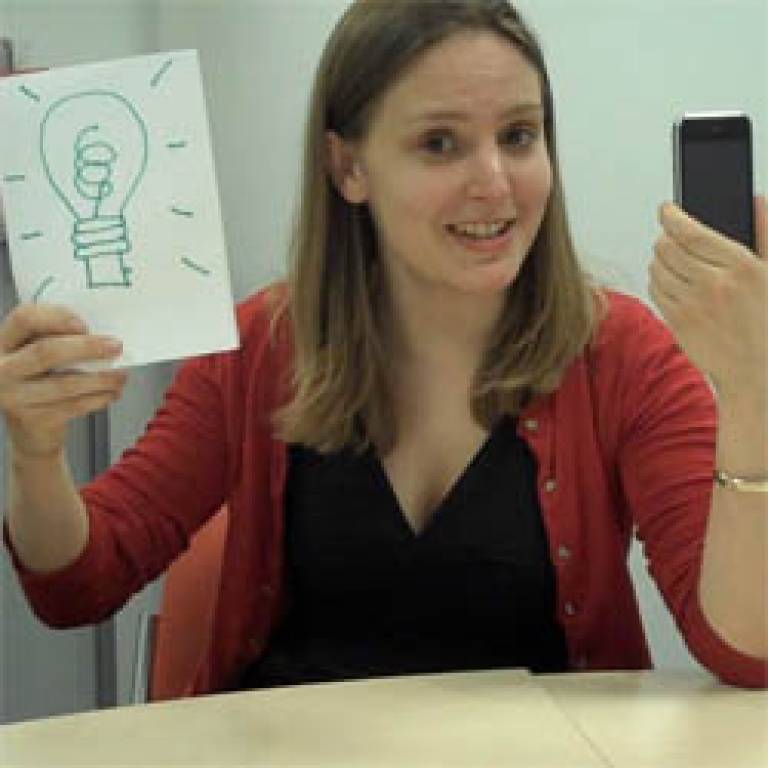 youtube.com/watch?v=D43ZJ6HyqvA" target="_self">Submit your video as a response to the 'Go Green' video

The deadline for the My Green Idea video competition has been extended to 6 April 2010.

Tell us how you can cut your carbon emissions in 2010, and you could win up to £100. All you need is a video camera of any type with a green idea - then show us how you'll put it into action.

UCL and the UCL Union have signed up to 10:10, a campaign to cut carbon emissions by 10% in 2010. To make this university-wide initiative effective, we must enlist the support of everyone within UCL and the UCL Students' Union.

Make a video up to three minutes long (though 10 seconds is fine too) on how YOU can cut carbon emissions by 10% in 2010.

Your video doesn't have be high-tech or very long - check out our sample video below to see how simple it can be. You could deliver your idea to the camera on your phone - it's the idea that counts. Of course, there will be a separate prize for the film with the best production value. The video can be recorded on your phone or video camera, animated or a series of photos and messages.

Where the films will go

To submit your video, upload it to the UCLTV YouTube channel as a response to our 'Go Green' video. We will select the best videos to be published on UCL's environmental website when it goes live this spring. When you upload your film, don't forget to send us an email with your name and contact information so that we can notify you if you've won.

The winning videos will be screened from the UCL homepage, on YouTube and on video screens around UCL. By entering the competition, you agree that UCL has the right to show your film in these different contexts.

Our esteemed panel of cineastes and green warriors will judge films on two main criteria: content of your green idea and the creativity with which you express it. Your video doesn't have to be an Oscar contender; it just has to have a good idea and an original way of expressing it.

and many more prizes, including UCL Fairtrade hoodies and vouchers for tea and coffee at UCL cafes,

All UCL staff, researchers and students (undergraduate and postgraduate)

News about the competition

If you have further questions, email Robert Eagle in UCL Communications.