Milk drinking: in our genes? 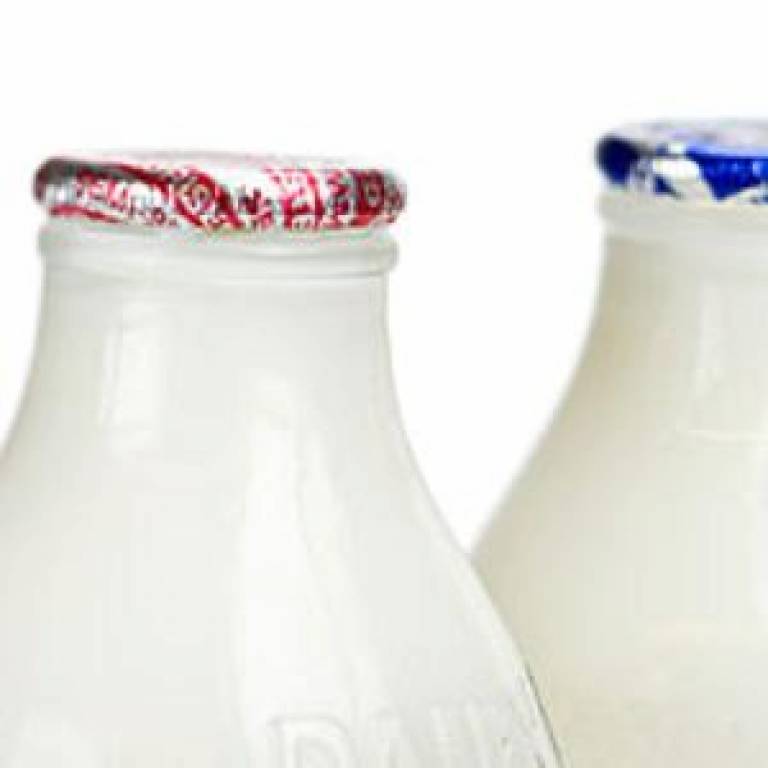 A new study led by UCL scientists has found that current genetic data cannot explain why vast swathes of the world can digest milk.

The ability to digest the milk sugar lactose - also known as lactase persistence - is a selectively advantageous and recent evolutionary genetic trait, which emerged about 7,500 years ago in Europe and probably later in other parts of the world. This means that, once weaned, people in most parts of the world (large parts of Africa, most of Asia, and Oceania) cannot digest milk for the rest of their life.

Lactase is the enzyme that breaks the lactose into two units that are digestible. It is produced by a gene and is active in human (and most mammalian) infants. Most human (and mammalian) adults cannot digest the sugar milk lactose after weaning. The minority of the human world population, mostly those from pastoralist background, is lactase persistent.

However, the trait was likely to have evolved independently in Africa and in the Middle East since in these regions there are different associated genetic variants. Lactase persistence has a very high selective advantage, probably because of the various nutritional benefits that it gave during the harsh Neolithic times.

What were the aims of this study and how does it support previous studies undertaken in recent years?

What was the most surprising aspect of the research?

What does this study tell us about lactase persistence in global terms?

How do your findings relate to the notion that milk drinking is healthy?

In my personal opinion, it seems that milk drinking is shown in the media as the healthy state of adults and children, while the fact is that the majority of humans are healthy individuals who cannot digest milk, and this shouldn't be conceived as a problem.

Milk-related or processed milk products (such as yogurt and cheese) usually have a lower proportion of lactase than raw milk, so in some cases, individuals that are non-lactase persistent could digest them, and a clinician or a nutrition expert could give a good individually tailored advice on this matter.

Based on the conclusions of this study I would recommend that individuals who want to test if they are lactase persistent should take the traditional physiological tests rather than the genetic test, because it is currently not sufficient for many populations.

UCL Genetics, Evolution and Environment was formed during the recent reorganisation of the Faculty of Life Sciences by bringing together scientists with shared interests in genetics, environmental and evolutionary biology who had previously been scattered among a variety of distinct departments.

It traces its origins to the now extinct Department of Comparative Anatomy, founded in 1826 and the first in Britain to offer a Zoology degree. It also incorporates the Galton Laboratory, the first institution in the world to study human genetics as a science. The department was the first in a UK university to introduce a BSc in Human Genetics and continues to offer innovative courses.