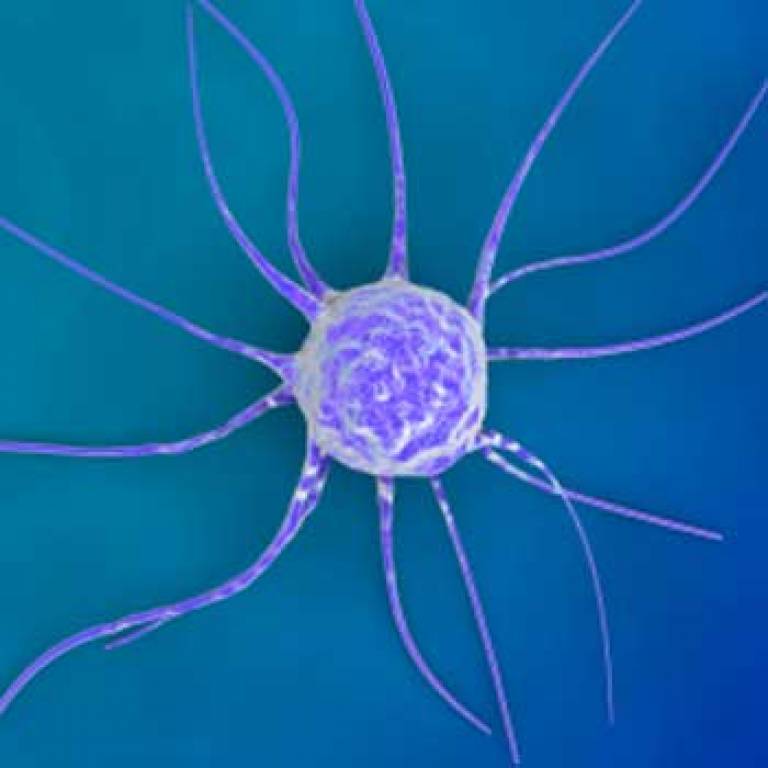 UCL has been named as a centre of excellence by national blood cancer charity Leukaemia & Lymphoma Research.

The charity has invested £8.7 million in projects at UCL, which conducts world-class research into all the main blood cancers - leukaemia, lymphoma and myeloma.

UCL researchers and their colleagues at the Royal Free Hospital in Hampstead - part of UCL Partners, Europe's largest academic health science partnership - are exploring how to harness the immune system to fight blood cancer.

Their work includes the development of treatments that engineer the patients' own white blood cells to target and kill leukaemia cells in the body.

A recent example of this, called 'TCR gene therapy', is likely to be important for patients who do not respond to standard chemotherapy and two new trials using the method are due to start this year.

Naming the UCL Cancer Institute in Huntley Street as its first national centre of excellence is part of the charity's plans to focus investment in leading research institutions across the UK.

Professor David Linch, Head of the Department Haematology at UCL, said: "The pace of progress in delivering new treatments for leukaemia, lymphoma and myeloma is very exciting and this is down to laboratory research and clinical trials. UCL attracts leading researchers from across the world and the concentration of this expertise is resulting in real benefits for patients. It's vital that investment from charities such as Leukaemia & Lymphoma Research continues."

The impact of UCL's research on other forms of cancer has been underlined by the publication of the results of two major clinical trials.

The trial, carried out at UCLH and UCL, and at international centres across nine countries, has treated more than 2,000 women with targeted intraoperative radiotherapy.

This new approach means selected patients receive just one dose of radiation during surgery to remove breast cancer. A probe is inserted into the breast so that it can target the exact site of the cancer.

Results published in the Lancet show that the new method appears to be just as effective as conventional post-operative breast cancer treatment, which can involve a prolonged course of radiotherapy and 20 or 30 visits to hospital over five to six weeks.

Targeted intraoperative radiotherapy also benefits the selected patients by reducing their exposure to radiation and the number of journeys they have to make to hospital.

This could mean reduced waiting lists for breast cancer treatment and estimated savings of as much as £15 million a year for the NHS, despite the initial outlay for new equipment.

A separate clinical trial led by UCL-based researchers has found that the drug erlotinib extends life for women with advanced breast cancer.

Cancer Research UK's TOPICAL trial found that three times as many women with advanced lung cancer were alive and had no progression of their cancer 12 months after taking erlotinib (also known as Tarceva) compared to those who did not receive the drug. Erlotinib was also shown to reduce the chances of dying by 26 per cent in women.

Patients in the randomised trial - the largest of its kind - had the most common form of lung cancer called non-small cell lung cancer (NSCLC), and most of them were too ill to have standard chemotherapy treatment.

Trial leader Dr Siow Ming Lee, who is based at UCLH, said: "These results are a real step forward in the search for an effective treatment for patients with advanced lung cancer.  We are not yet sure why it was most effective in women but this is positive news for this large group who have few other treatment options. Erlotinib should be recommended for women with NSCLC who are unsuitable for first-line chemotherapy."

For more information about UCL's groundbreaking cancer research and UCL Partners, follow the links above.