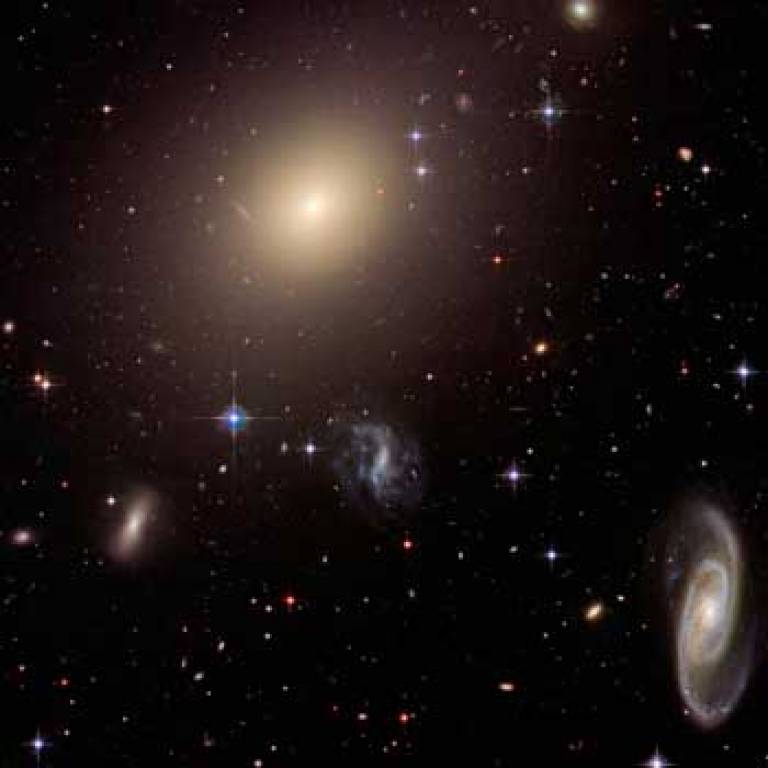 Scientists at UCL and Cambridge have developed a computer program modelled on the human brain that can recognise the shape of galaxies and classify them accurately and efficiently.

There are billions of galaxies in the Universe, containing anything between ten million and a trillion stars. They display a wide range of shapes, from elliptical and spiral to much more irregular systems. Large observational projects - such as the Sloan Digital Sky Survey - are mapping and imaging a vast number of galaxies.

The first step of that process involves classifying the types of galaxies within these large samples. The 250,000 members of the public participating in the Galaxy Zoo project recently classified 60 million such galaxies by eye.

Now, a team of astronomers has used Galaxy Zoo classifications to train a computer algorithm known as an artificial neural network to recognise the different types of galaxy.

It derives complex relationships between inputs such as the shapes, sizes and colours of astrophysical objects and outputs such as their type, mimicking the analysis carried out by the human brain. Remarkably, the new method is so reliable that it agrees with human classifications more than 90% of the time.

"We were astonished that a computer could do so well", said Dr Manda Banerji from the Institute of Astronomy at the University of Cambridge who led the research, which formed part of her PhD thesis at UCL.

"This kind of analysis is essential as we are now entering a new age of astronomical surveys. Next-generation telescopes now under construction will image hundreds of millions and even billions of galaxies over the coming decade. The numbers are overwhelming and every image cannot viably be studied by the human eye."

A large-scale sky survey in which the UK is playing a leading role is the Dark Energy Survey, due to commence in 2011, which is expected to image 300 million galaxies over five years.

Professor Ofer Lahav, head of Astrophysics at UCL and chair of the international DES Science Committee, who supervised Dr Banerji's thesis, said: "While human eyes are very efficient in recognising patterns, clever computational techniques that can reproduce this behaviour are essential as we begin to push the boundaries of our observable Universe and detect more distant galaxies. This study is an important step in that direction."

For more information about UCL Physics & Astronomy, UCL Astrophysics and other information, follow the links above.

Image: A picture of the Abell Cluster taken using the Hubble Space Telescope (Credit: NASA/ESA and the Hubble Heritage Team). The picture encapsulates the diversity in galaxy types observed in our Universe.

The UCL Astrophysics Group is one of the largest in the UK, comprising about 20 academic staff, 15 post-doctoral fellows, 40 PhD students and 15 support staff. Its research covers everything from atmospheric physics to extrasolar planets and star formation to the evolution of galaxies.