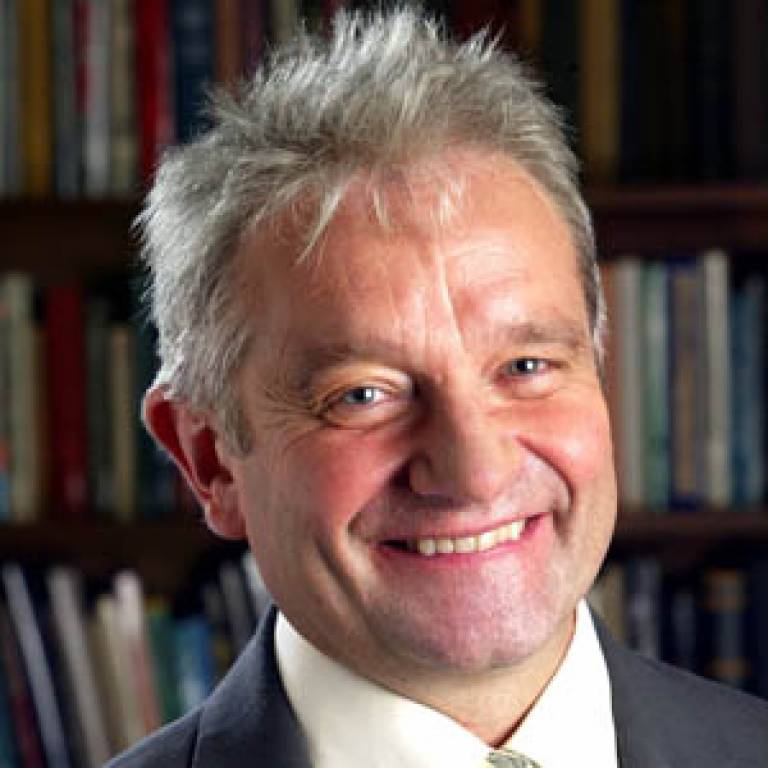 The Nobel laureate Sir Paul Nurse is to become the first Director and Chief Executive of the UK Centre for Medical Research and Innovation (UKCMRI).

For the past two years, Sir Paul has been chairing the UKCMRI Scientific Planning Committee which has been advising on the development of the institute, which is planned for central London. He will take up his post on 1 January 2011.

UKCMRI has been founded by four of the UK's largest and most successful scientific and academic institutions: UCL, the Medical Research Council (MRC), Cancer Research UK and the Wellcome Trust.

It will carry out research of the highest quality using the latest technology to advance understanding of human health and disease. It will be based at Somers Town alongside St Pancras International in the London Borough of Camden.

The project represents a substantial investment from charity and public funders in the future growth of one of the UK's leading sectors.

Sir Paul said: "I am honoured to have the opportunity to head UKCMRI as it takes shape as one of the foremost biomedical research institutes in the world. This is a time of extraordinary opportunity in our quest to understand the causes of health and disease. UKCMRI will have a key role in developing our understanding and ability to tackle many of the most significant diseases that affect people and their families."

The chair of UKCMRI, Sir David Cooksey said: "Paul is an extraordinary scientist and leader. He is the perfect choice to lead the new institute with a wealth of experience in heading some of the world's most prestigious research organisations. He will bring enormous vision and ambition to the new institute - and will cement its place at the heart of global medical research."

Before moving to the United States, Paul spent more than three decades working in the UK, where he was born. He was Director General of the Imperial Cancer Research Fund (ICRF) and played a major role in the merger of ICRF with the Cancer Research Campaign which together formed Cancer Research UK - which he went on to lead as Chief Executive.

His research focuses on controls of cell division and cell shape in yeast. It led to the identification of cyclin-dependent kinases as the key regulator molecules controlling the process by which cells make copies of themselves, a discovery that is important for understanding growth, development and cancer.

In addition to the Nobel Prize in Physiology or Medicine, which he shared with Tim Hunt and Lee Hartwell in 2001, Sir Paul has won the Albert Lasker Award for Basic Medical Research and the Copley Medal of the Royal Society, as well as other awards and medals.

Sir Paul was honoured with a knighthood for services to cancer research and cell biology in 1999 and is a foreign associate of the United States National Academy of Sciences.

UKCMRI will initially build on the complementary skills and research interests of two of the founders' research institutes, the MRC National Institute for Medical Research (NIMR) and the Cancer Research UK London Research Institute (LRI), together with UCL scientists focusing on physics, computing, engineering, imaging and chemistry.

Sir Paul will head a scientific leadership team which will include Richard Treisman, Director of Cancer Research UK's LRI, and Jim Smith, Director of MRC NIMR. They will work with Paul Nurse over the coming years to ensure the institute continues to make a real difference to the life chances of millions of people around the world.

Professor Malcolm Grant, President and Provost of UCL, said: "UCL is delighted by Sir Paul's appointment. He is the ideal person to lead this outstanding Centre. His experience as both a researcher and a scientific leader has already been of huge benefit to UKCMRI and we are delighted that this will continue as the project proceeds."

Image: Sir Paul Nurse, who will become the first Director and Chief Executive of the UK Centre for Medical Research and Innovation

The UK Centre for Medical Research and Innovation (UKCMRI) is an unprecedented partnership between four of the world's leading biomedical research organisations: UCL, the Medical Research Council, Cancer Research UK and the Wellcome Trust.

It will carry out research of the highest quality using the latest technology to advance understanding of human health and disease. The institute will be constructed on 3.6 acres of land at Brill Place, to the north of the British Library in the St Pancras and Somers Town area of north London.

Together they will conduct cutting-edge research into infectious diseases; neurological disorders; eyes and vision; child health; women's health; and immunology and transplantation.