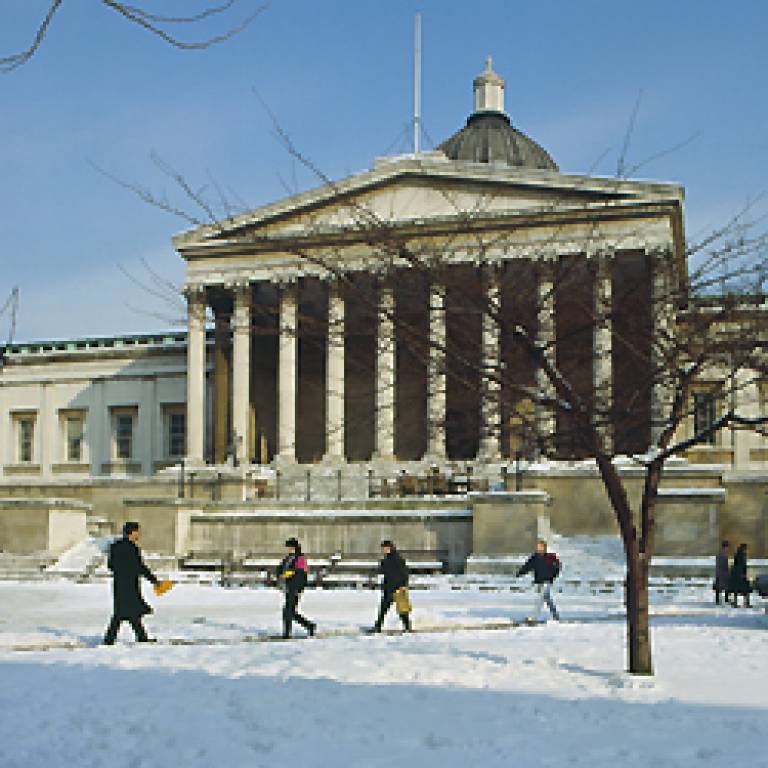 The review is to be chaired by Dame Fiona Caldicott, Principal of Somerville College and Pro-Vice-Chancellor of the University of Oxford.

Professor Grant first announced the review on 31 December 2009, following the arrest of Mr Abdulmutallab in the US on 25 December under suspicion of attempting to bomb an aircraft. The review will examine all aspects of Mr Abdulmutallab's time at UCL, including his period as President of the student Islamic Society, and explore how far there were at that time - and/or today - conditions at UCL that might contribute to the radicalisation of students. It will examine the extent to which UCL has properly discharged its legal obligations to provide a platform for visiting speakers so as to secure freedom of speech on campus within the law, and ask what lessons there are to be learned for the future.

Professor Grant said: "British universities have a legal obligation - introduced by the Conservative Government in 1986 - to guarantee freedom of speech on campus within the law. Campuses are and should be safe homes for controversy, argument and debate. This clearly does not include incitement that could lead to terrorism and murder. I am delighted that Dame Fiona has agreed to lead this important independent inquiry.

"The full facts of the matter are still under exhaustive inquiry by the police and the security services, including the question as to whether the radicalisation of Mr Abdulmutallab occurred during or as a consequence of his experience at UCL. We are setting up a full independent inquiry into what transpired whilst he was here and his association with the student Islamic Society and their activities. The Panel's Report will be published, and we will act on whatever recommendations it makes."

Dame Fiona Caldicott said: "I am pleased to be able to lead the independent inquiry that has been set up to look into events at UCL during the period of study there of Umar Farouk Abdulmutallab. I hope very much that through chairing this inquiry I can help to produce a report that will have credibility and utility both within UCL and beyond."

The full membership of the review will be announced shortly and the first meeting will take place in February.

Dame Fiona Caldicott is Principal of Somerville College and Pro-Vice-Chancellor of the University of Oxford. She is an Honorary Consultant Psychiatrist, having been Consultant and Senior Clinical Lecturer in Psychotherapy for the South Birmingham Mental Health NHS Trust. She has worked as a Unit General Manager, and as Clinical and Medical Director in that Trust. She is the Chairman of the Oxford Radcliffe Hospitals NHS Trust. She was a Trustee of the Nuffield Trust from 1999-2008 and is currently a Trustee of the Daphne Jackson Trust. She has recently completed a term as President of the British Association for Counselling and Psychotherapy. As President of the Royal College of Psychiatrists (1993-1996), she was also chairman of the Academy of Medical Royal Colleges (1995-1996).

From 1996-1997 she chaired the Caldicott Committee on patient identifiable data for the National Health Service Executive, which led to the establishment of Caldicott Guardians throughout the NHS. Also from 1996-1998, she chaired a working group of the Nuffield Council on Bioethics that produced a report on Genetics and Mental Disorder. Her portfolio as Pro-Vice Chancellor at Oxford for four years was Personnel and Equality, which is of particular relevance to this review.

Professor Grant is also chairing a working group established by Universities UK to look at how universities can best protect academic freedom whilst taking appropriate action to prevent violent extremism, announced on 6 January 2010.