Dutch Crossing: recognition for a journal examining a global influence 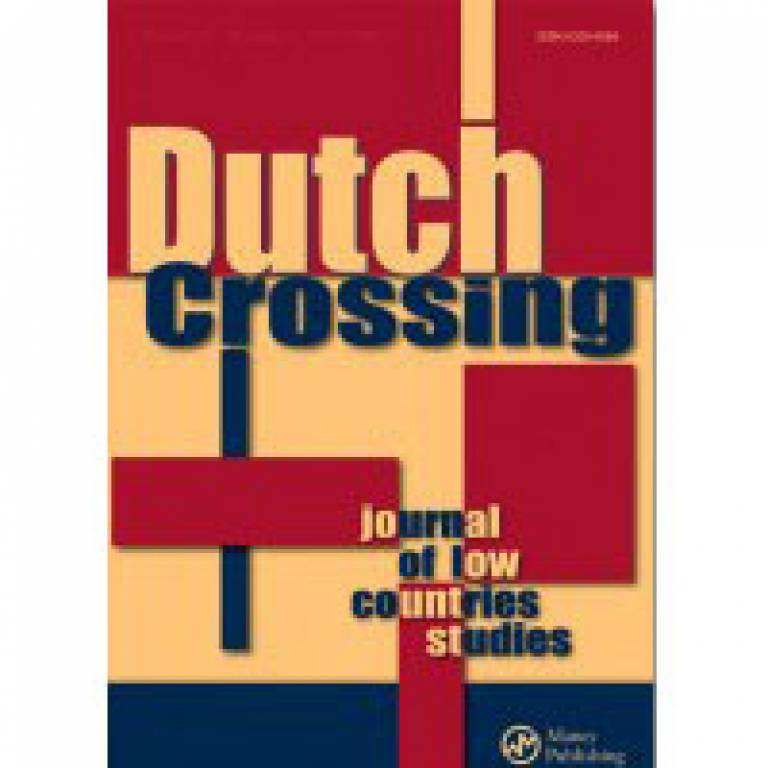 Dutch Crossing: Journal of Low Countries Studies, a journal edited by UCL Dutch, has received an honourable mention at the 2009 International Awards of the Council of Editors of Learned Journals (CELJ).

The journal, which was established 33 years ago, was recognised in the category of Phoenix Award for Significant Editorial Achievement. The award was established in 1987 to recognise the most improved scholarly journal and was bestowed on the 125th convention of the Modern Language Association (MLA) in Philadelphia on 28 December 2009.

Dutch Crossing is devoted to all aspects of Dutch Studies: history and art history of the Low Countries, Dutch and Flemish (and occasionally Afrikaans) literary and cultural studies; linguistics of Dutch; and intercultural and transnational studies. It covers all aspects of 'Global Dutch' - regions where Dutch historically had or continues to have an impact, including parts of the Americas, Southern Africa and South East Asia.

A special focus concerns relations between the Low Countries and the English-speaking world in all periods from the Middle Ages to the present day. The most recent issue for example features an article on the Dutch influence on British Architecture in the Late-Stuart Period. The article cites the compact Dutch Calvinist churches as an obvious reference point and inspiration for the scale of the post-Fire London churches, and the presence of Dutch craftsmen in London as a potential source of advice and information.

Previous issues of the journal have looked at the various ways in which London's early-modern Dutch expatriate community and its material culture shaped notions of Anglo-Dutch cultural exchange from within England's borders and investigated the relationship between historical scholarship and the tourism industry using Rembrandt's 400th anniversary in 2006 as an example.

The editorial team is delighted at the news: "An honourable mention from the CELJ for Dutch Crossing is a tribute to both the editorial and publishing teams' hard work to produce such an interesting and visually appealing journal issue. There are plenty more developments to come for the journal and we are dedicated to growing the journal's reputation as a leading reputation in Low Countries studies."

UCL houses the largest Centre for Dutch Studies in the English-speaking world. The department, founded in 1919, was the first of its kind in the UK. Today it offers a full range of undergraduate and graduate degree programmes and is an acknowledged centre of excellence in both teaching and research in the field of Dutch and Flemish language and culture. UCL also houses the most comprehensive Dutch library in the English-speaking world and hosts an annual Writer in Residence scheme with acclaimed Dutch writers coming over from the Netherlands and working with students. To find out more about UCL Dutch, go to the links at the top of this page.

Professor's view of Vermeer back in the public eye
Isabel Hoving, Writer in Residence