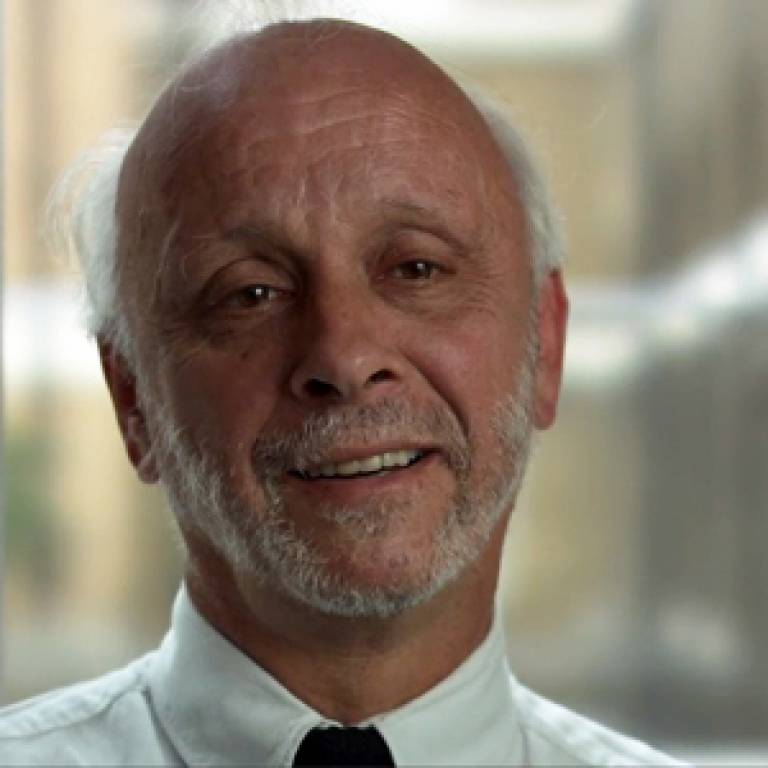 infostudies.ucl.ac.uk/" target="_self">UCL Information Studies, explains why information professionals are making headlines the world over, and the key to the Google generation.


When did you first join UCL, and why?

I came to UCL in 2004, largely because I felt I'd achieved everything I could at City University, where I was head of the Department of Information Science. The job came up here and I was interested because the department wasn't punching its weight given that it was within one of the best universities in the world. I like a challenge. I joined as Director of SLAIS (the School of Library, Archive and Information Studies) - but as no one could ever remember what it stood for one of my first jobs was renaming the department!

What is Information Studies?

It's the juxtaposition of a lot of professions that draw on essentially similar skills, whether you want to be a university librarian, a publisher or a journalist. Once discrete professions have found their traditional boundaries challenged because of the web - we had to embrace what was happening in the real (digital) world. I developed the concept of the 'information rainbow' and added publishing to the department because it's a natural part of the rainbow. The next move will be to add digital journalism to the mix. Americans call these types of schools 'information schools' or 'i-schools'. We are London's only i-school and the biggest postgraduate information school in the land, with over 200 students.

How has your specialism changed over the years?

I came to UCL with my research group CIBER (Centre for Information Behaviour and the Evaluation of Research), and brought some projects with me. Other staff then created similar CIBER groups. CIBER follows the same philosophy as our teaching: let's look at the big picture of what's happening with the digital transition. Information is suddenly centre stage, and we're well positioned to analyse how behaviour is changing. We're doing work that has never been in the traditional domain of archivists and librarians - we've moved into new areas. Now we're the most successful research group in this field in Europe.

How do you go about examining information-seeking behaviour in the online space?

We've developed techniques to enable us to see what's going on in the virtual space. Every time you engage with the digital space, you leave a footprint. We make sense of those footprints using other datasets, such as subscriber databases (which are obviously always anonymous). In some cases, we relate the information to online questionnaires, in other cases logs contain cookies, which can tell us whereabouts people are accessing sites from, a certain amount about their demographics, and so on. We can knit all this information together. The best analogy is that logs are like CCTV - they contain a lot of detail but the meaning can be fuzzy. We started applying these techniques for the newspaper and health industries about six years ago, largely for publishers who want to find out more about usage of their online platforms.

Two years ago we were asked by the British Library to look at what people are doing in the virtual space in a scholarly way - they really wanted to know how the researcher of the future would operate (pdf). We looked at a number of websites young people used and came up with a distinctive pattern of behaviour.

Young people tend to skitter over the surface of the web rather than going deep into particular areas; they are always being sirened off to other sites by links and search engines. We found that kids online are constantly on the move, they're a bit lazy, they depend heavily on search engines, and they don't understand how to evaluate information - they have developed a 'pick and mix' mentality. It appears speed and convenience are superior to content, depth and understanding. We don't know whether young people have dumbed down, or whether this has always been the way they have behaved in terms of accessing information and we just didn't know, because we could not see how they behaved.

The second most interesting thing is that adults behave similarly - we've all become the 'Google generation' (pdf). At first I thought that the logs must be wrong - it turned out that two minutes on a website was a long time, and people were very promiscuous - they'd bounce around sites and not return to them. But actually it's the way we all work these days, flitting between emails, checking flights online, preparing a presentation. I presented at a conference in Brussels recently for 20 minutes - but I didn't have people's attention even for that length of time: half of them were Twittering and half were on their Blackberries!

That piece of work really gave us our lead, and an opportunity to showcase all of our research. I was in Barcelona a week ago, Lille the week before and Milan before that promoting this research. It's like a Rolling Stones tour - it just goes on and on, same songs, different audience! The BBC read about it and it was widely covered in the media. Suddenly I was on programmes alongside Stephen Fry and Al Gore explaining that people have gone for fast information in the same way as they've gone for fast food, and we've got the same 'health' and 'obesity' problems in the information world as a result.

What are the fundamentals of your findings?

We are in the most unbelievable world, where everyone can access more or less any information they want, anytime and anywhere. You don't have to live next to a library any more to be informed. We should be leaping to the stars in terms of our development - but what has transpired is that we know a little about a lot of things and not much about anything. In principle we've never been as well informed, but most people are using 2.2 words, most of them misspelt, to search the world's rich information resources and we just spend a couple of minutes on what we find. No digestion, no dwelling.

We put a health information touch-screen kiosk in Tesco's next to the pharmacy. People loved it. When we asked them whose information they thought it was, they said Tesco's. When they found out it was from the NHS, they got very upset, because Tesco is successful, but there is often bad press about the NHS. Some people think the information they find online is owned by Google, and that makes them feel secure. I'm afraid that the safe, moderated, compartmentalised world we once inhabited has gone, and what has replaced it is the information wild west.

What is your advice to your students today?

To maximise their use of the information riches that are available to them -that is the best way to a good grade or degree. Ironically students today know less about information resources than they ever did.

What is your current Digital Revolution project with the BBC about?

The BBC last month filmed a range of volunteers we organised in the Science Library at UCL to look at search styles. We are analysing the results and will relate them to multi-tasking abilities, cognitive styles, and memory for a BBC 2 TV programme. The big test will be run on a BBC website as the first ever nationwide online experiment into the online behaviour of members of the general public. We all feel that we are doing something important - UCL likes to feel its research makes a difference - and it gives everyone a sense of belief.

What aspect of UCL life do you most enjoy?

UCL is different. It seems to be a very creative environment - I don't know whether it's the different buildings, the diversity or simply the location. People from the British Library pop in, the BBC are in and out every week; we are absolutely part of that milieu. People like UCL - it represents value, it is a trusted brand. Also, you get personalities, we don't all come out of the same box. We all enjoy one another's success and it's a very supportive environment. I really like it - there's not a day I don't look forward to coming to work.