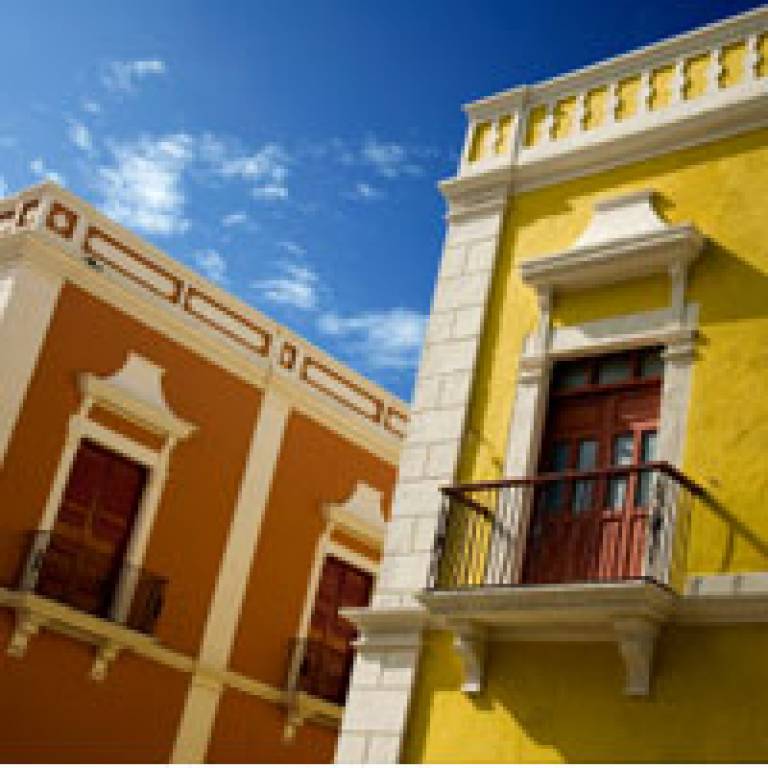 Dr Lindsay (UCL Spanish and Latin American Studies) explains the focus of her book, which is the third to appear in the new Routledge 'Research in Travel Writing' series: "When I say that I work on journey narratives of Latin America, many people ask whether I have travelled much to the region. Of course, throughout my career I have been able to go there regularly. For me what's interesting about that question, however, is that it inadvertently crystallises the very assumption I'm trying to overturn in this study: that is, that Latin America is a destination to be travelled to, primarily by Euro-American explorers, rather than a site of transit or 'domestic travel' to be traversed by Latin Americans themselves."

Dr Lindsay's book enquires into the practice and representation of journeys at 'home' by Latin American travellers in the twentieth century.

"Paul Theroux has said that the 'home journey' is perhaps the most complex expedition of all and I think he's right in the case of Latin America, where vast differences and distances in terms of geography, topography, culture and ethnicity mean that 'home' for many of the region's travellers is not necessarily familiar, accessible or 'known' at all."

The book is structured around four, much mythologised places in the geographical imagination: Patagonia, the Andes, Mexico and the Mexico-US border. As well as bringing to light a fascinating but rarely studied body of material by an array of 'writer-travellers', Contemporary Travel Writing of Latin America also advances a new critical vocabulary, which Dr Lindsay hopes will be germane to other scholars working in similar 'post-colonial' contexts.

"Travel is such a tainted term, as James Clifford has eloquently reminded us", she says, "but it is not only the idea of rethinking the imperialist associations and implications of that word and experience in this region that is at stake in my book. Part of what I'm trying to do is recalibrate some other key terms relating to travel that are in common currency in many disciplines. So, my book asks: how can we talk about 'adventure' or 'ethnography' in the complex forms in which they persist in the world's formerly colonised regions, in this contemporary period of globalisation?"

Dr Claire Lindsay is Senior Lecturer in Latin American Literature and the recipient of an Arts and Humanities Research Council award. Her publications include two special journal issues on travel and travel writing in Spain and Spanish America. She is also an editorial board member of Studies in Travel Writing and the Anthem Travel Series. Her current research project is on word and image in illustrated travel accounts of Mexico.