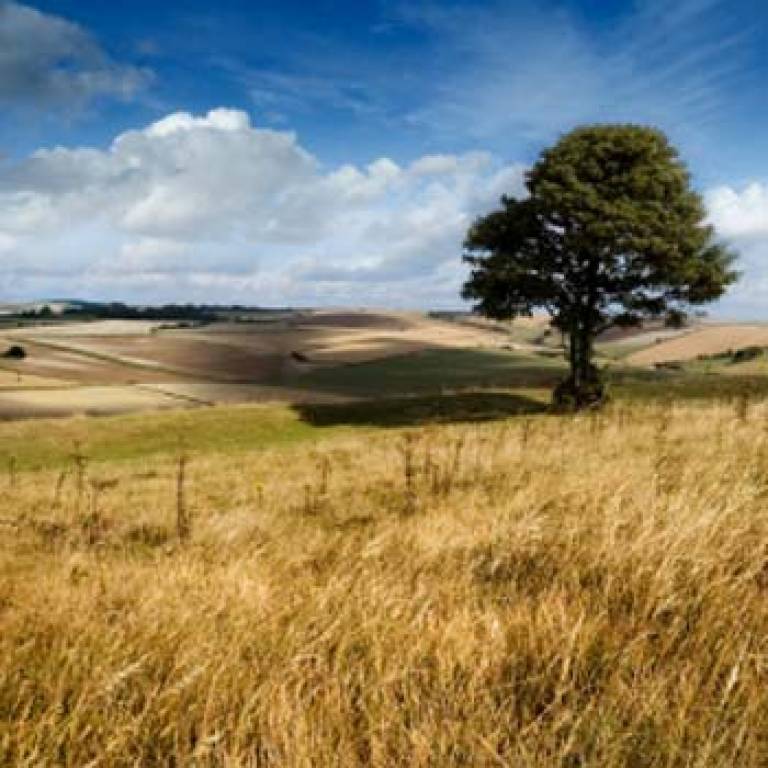 The country needs a radical rethink of its approach to managing land and land use, according to a major report co-authored by a UCL professor.

Mark Tewdwr-Jones, Professor of Spatial Planning and Governance at the UCL Bartlett School of Planning, is one of the leading experts behind Foresight's 'Land Use Futures report', which was published today.

Foresight, part of the Government Office for Science, is a thinktank that aims to help the government plan for the future using the latest scientific and other evidence.

Its reports are intended to inform the strategic and long-term choices facing government departments, business and the general public.

'Land Use Futures' looks at how landscapes and land use could change over the next 50 years. It concludes that the present system is in dire need of revision as pressures on land intensify in parts of the country, such as the south east of England.

The report, sponsored by the Department for Environment, Food and Rural Affairs and Communities and Local Government, outlines the findings of a two-year study involving more than 300 experts in subjects ranging from ecology, economics, planning and geography.

Professor Tewdwr-Jones, one of eight leading experts who wrote the report, said the issues were enormously complex because land use "relates to everything we do and affects every one of us".

He said: "It has been quite a challenge to take account of all the different elements involved and reach coherent conclusions. But the headline finding is: We can't go on blindly expecting the land to deliver more homes, better transport, food, drinking water, energy, at a time when we're projecting a population increase of nine million by 2031 and 15 million by 2050, we have an uncertain economy, and climate change is likely to lead to an increase in flooding. That combination of current and future problems means we need a new set of priorities."

As well as climate change and a growing and ageing population with more people living alone, the report says the land system will come under new pressures from the rise of the low-carbon agenda alongside rising expectations associated with growing incomes, such as more living space, better transport, and additional health facilities.

Professor Tewdwr-Jones said the Foresight team's task was hampered by a lack of systematic data and maps of existing land use for the UK as a whole. The nature of land ownership in the UK - 10% of the population owns 90% of the land - further complicates the picture.

He added: "Our first big problem is the fragmentary nature of the land management system in this country. You have central government departments, local authorities, specialist government agencies, environmental and infrastructure bodies, a myriad of water companies and other local agencies. These all set their own policies for the land. Trying to find an overview that embraces all those competing perspectives is a major task.

"Another problem with the planning system and existing legislation to date is the way it classes land as having one type or use or another - for example, farming or housing or industry. We want to start a bigger conversation about how we recognise the multiple uses of the same piece of land, which will deliver multiple values and benefits."

The report concludes that the Government faces a number of critical choices, including:

Professor Tewdwr-Jones added: "Foresight provides the evidential basis, but it's up to ministers to take this forward and do what they think is best. There needs to be a national strategic framework of some sort. What form it takes is a political decision. We're not suggesting that a one-size-fits-all, uniform, top-down framework is appropriate, but we do need a better system to understand and address these huge challenges."

For more information about the 'Foresight Land Use Futures' report follow the link above.