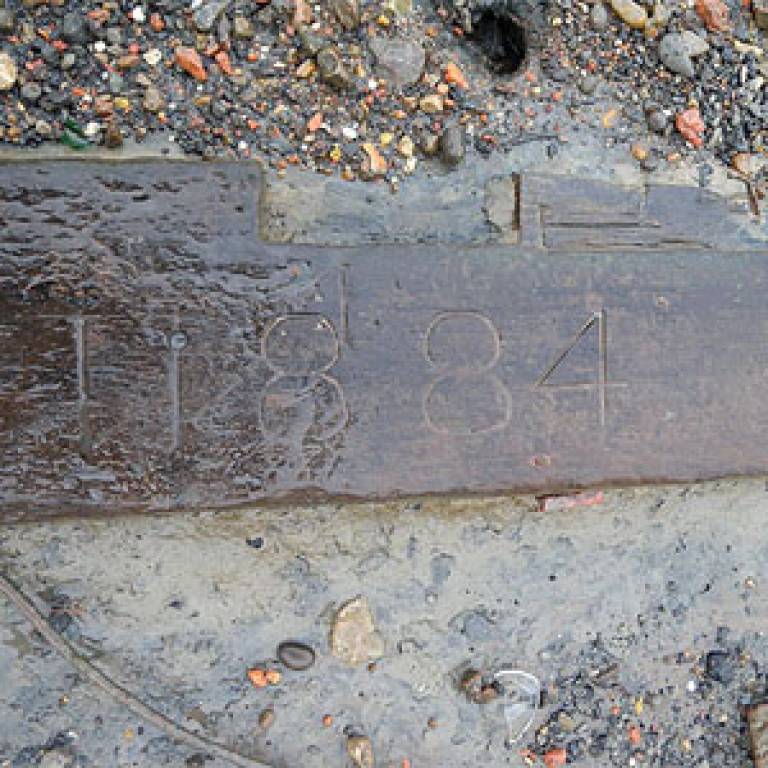 The UCL-based Thames Discovery Programme will be featured on BBC1's Inside-Out programme on Monday 8 February at 7:30pm.

The session filmed was a survey undertaken by UCL archaeologists (including students from the Institute of Archaeology) recording the remains of a wooden warship that had been broken up at Charlton on the Thames foreshore.

The Thames Discovery Programme, led by Gustav Milne of the UCL Institute of Archaeology, has uncovered large ship-timbers - the remains of some of the world's most powerful and famous 19th-century battleships.

The remains were first observed by the Thames Discovery Programme during a site survey in November 2008. Subsequent research by the Survey Officer Elliot Wragg (also of the UCL Institute of Archaeology) supported the suggestion that the remains were actually elements of a large, 19th-century sailing ships.

The Thames Discovery Programme is funded by the Heritage Lottery Fund with support from UCL's Public Engagement Unit, and is hosted by Thames Estuary Partnership in UCL's Environment Institute.

The aim of the work is to involve UCL with the wider London community through the furthering of research into the archaeology and history of the capital.

The UCL Institute of Archaeology is one of the largest and most diverse archaeological departments in the world. In addition to core areas of archaeological theory and practice, the Institute is a leading centre for research and teaching in interdisciplinary fields such as cultural heritage and museum studies.