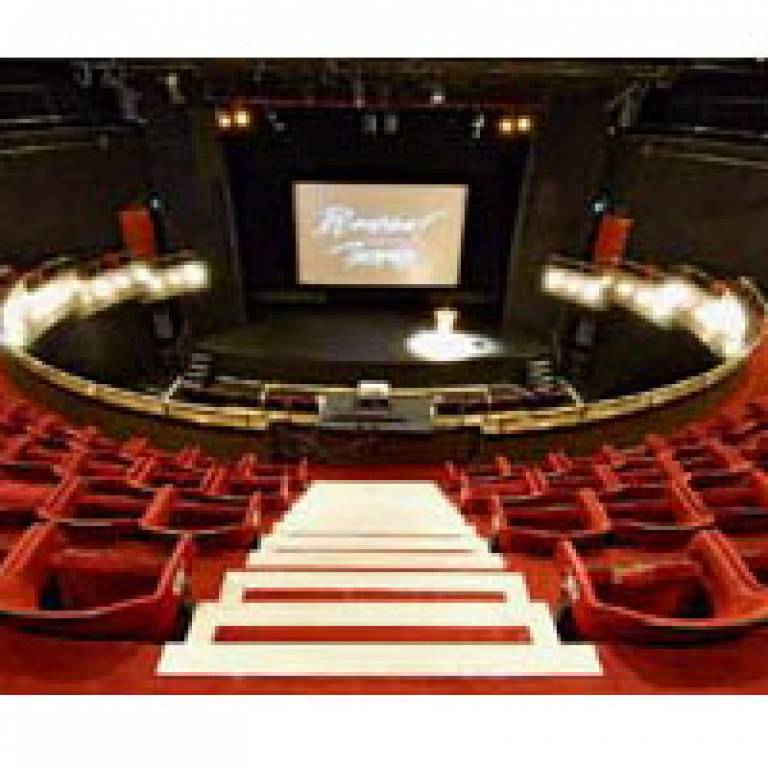 UCL students and departments are taking over the UCL Bloomsbury Theatre for 12 weeks in February and March.

The theatre is hosting the annual student season, when UCL students and academic departments produce productions and events relevant to the university community.

Frank Penter, Bloomsbury Theatre Coordinator said: "The season offers students and academics the opportunity to present work in a fully functioning theatre. It's an amazing opportunity for students to develop transferable skills that are specific to technical theatre but also more general skills such as management, project planning, negotiation and delegation."

This week UCL's Department of Greek and Latin presents Oresteia: Parts II and III:
Choephori and Eumenides. From 10-12 February the wealth and power of the house of Atreus becomes steeped in murder, adultery, human sacrifice and endless intrigue in Aeschylus' aetiological myth.

On 17 February the Union Malaysian Society presents PG18, a story of three friends and a policeman forced to work together to escape from the mobs after they accidentally witness an assassination.

UCLU Sri Lankan Society presents Spotlight: the tale of four young upstarts from different backgrounds vying against each other to be Sri Lanka's Next Top Superstar. Will the pressure of the competition be too much for the finalists? And is all really what it seems? Find out on Saturday 20 February.

The sparkling story of Curly the Cowboy and his fight for the affections of Laurey is back on the stage from the 4-6 March in UCLU Musical Theatre's interpretation of the classic Oklahoma!

An eclectic fusion of dance styles ranging from hip-hop to classical ballet is the theme for DYNAMIX: The Dance Show from UCLU Dance Society from 11-13 March. A talented cast of 105 UCL students perform a show with a little help from the likes of Mozart and Michael Jackson.

And wrapping things up in style UC Opera presents Genoveva based on the medieval legend of Genevieve of Brabant. First performed in June 1850 at the Stadttheater in Leipzig, with Schumann himself conducting, Genoveva will take centre stage again, this time in London, from 22-27 March.

To find out more or to book tickets, follow the links above.