Slide show: 5 years at the UCL Institute of Women's Health 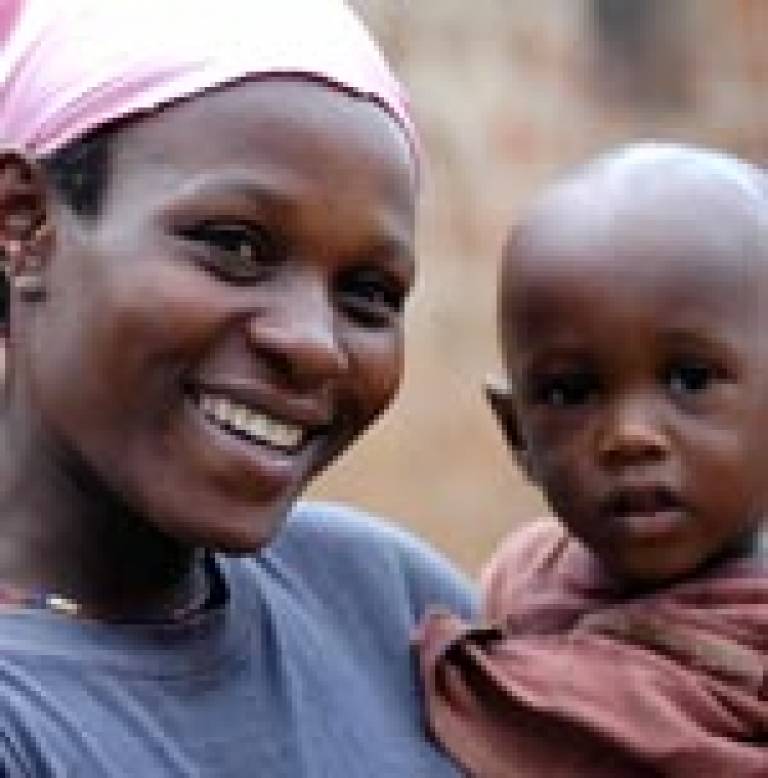 The inaugural five-year review of the UCL Elizabeth Garrett Anderson Institute for Women's Health (IfWH), conducted by an international panel of experts, has found that the Institute is now starting to rival the best European institutions of its kind.

The Institute brings together clinicians and researchers from across the breadth of women's health, including care of the newborn baby.

The independent reviewing panel praised the IfWH as a unique institution in the UK, which is producing research of international standing. Its findings were based on written documentation of all aspects of the Institute's work, as well as a three-day site visit.

Established in 2004, the IfWH covers four areas of integrated clinical and academic activity: Neonatal Medicine, Maternal and Fetal Medicine, Reproductive Health and Benign Gynaecology, and Women's Cancer. These areas are complemented by two cross-cutting themes of Global Health and Education and Training.

During its first five years, the Institute has been at the heart of a number of groundbreaking projects, such as trialling the first ever ovarian cancer screening programme in the UK; finding new evidence to suggest that cancer is a stem cell disease; research into cooling to prevent adverse outcomes from asphyxia in babies and rolling out a global health programme, which includes the Ugandan Women's Health Initiative. You can see some of the stories that brought the Institute to the headlines in this slideshow.

Professor Ian Jacobs came to UCL five years ago to found the IfWH. An internationally renowned academic gynaecological oncologist, Professor Jacobs guided the development of the Institute until his appointment as Dean of Biomedicine at UCL in July 2009. Professor Neil Marlow, an internationally reputed specialist in neonatal medicine, who joined the IfWH in 2008, has now taken over as Director.

Professor Jacobs talks about his original vision for the IfWH, and what his proudest achievement as Director has been:

"The vision was to bring together the expertise of clinicians and academics working in women's health at UCL and UCLH, so that they could build an institute with a collaborative ethos which could make a major contribution to the health of women nationally and internationally - through excellence in clinical care, outstanding research and innovative education and training.

"I am proud of the way in which the vision has been recognised through establishment of a collaborative multidisciplinary team of experts in women's health, which is unique in the UK in its breadth and depth, and is yielding benefits in many challenging areas of healthcare. As a result, Women's Health is established as a core UCL structure and as a UCL Partners Programme. A series of outstanding appointments adding to the international expertise have been made, and there are a string of important achievements in clinical and academic aspects of neonatology, obstetrics, fetal medicine, midwifery, reproductive health, gynaecology, cancer and screening.

"Highlights have been the contribution of the Institute in the developing world, the progression of outstanding Institute staff to senior positions, the recognition by the 2009 external review panel and, above all else, the numerous examples of high quality care and research which have improved the quality of life or saved the lives of the women the Institute was created to help. It has been an enormous privilege to lead the development of the Institute over the last five years".

"Our challenge over the next five years is to continue the wonderful momentum developed by the people who make up the Institute. The independent review gives us some directions that we can add to this, by bringing the major themes together with important common initiatives: global health, education, family and perinatal health, and common laboratory techniques, which will all impact on the health of women and their newborn babies over the next ten years and beyond".

2006 - the Paul O'Gorman Building is completed, bringing UCL cancer experts under its roof, including women's cancer researchers from the IfWH

2007 - Dr Martin Widschwendter of the IfWH publishes research showing that stem cells are the cells of origin for cancer in 'Nature Genetics'.

2009 - Women's Health is chosen as a key theme for UCL Partners, a collaboration between five of Britain's world-renowned medical research centres and hospitals.