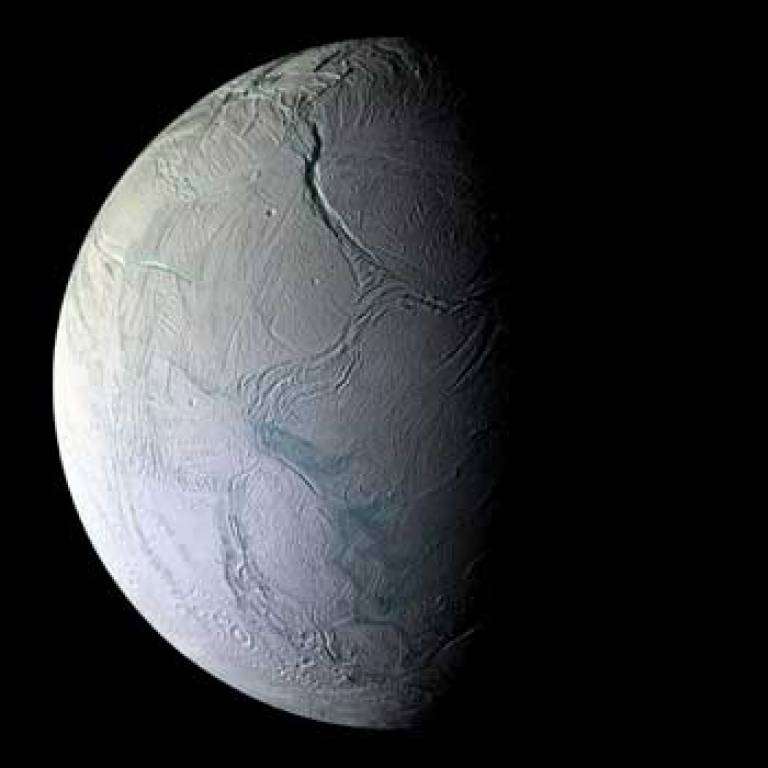 Some of 'the major ingredients for life' are present on one of Saturn's moons, according to UCL scientists.

A team from the Mullard Space Science Laboratory working on the Cassini-Huygens mission have found negatively charged water ions in the ice plume of Enceladus.

Their analysis of data gathered during the spacecraft's plume fly-throughs in 2008 provide evidence for the presence of liquid water.

The spacecraft's plasma spectrometer, used to gather this data, also found other species of negatively charged ions including hydrocarbons.

MSSL's Professor Andrew Coates, lead author of a paper on the latest discovery, said: "While it's no surprise that there is water there, these short-lived ions are extra evidence for sub-surface water and where there's water, carbon and energy, some of the major ingredients for life are present.

The surprise for us was to look at the mass of these ions. There were several peaks in the spectrum, and when we analysed them we saw the effect of water molecules clustering together one after the other."

Enceladus thus joins Earth, Titan and comets where negatively charged ions are known to exist in the solar system. Negative oxygen ions were discovered in Earth's ionosphere at the dawn of the space age. At Earth's surface, negative water ions are present where liquid water is in motion, such as waterfalls or crashing ocean waves.

The plasma spectrometer measures the density, flow velocity and temperature of ions and electrons that enter the instrument. But since the discovery of Enceladus' water ice plume, the instrument has also successfully captured and analysed samples of material in the jets.

Early in its mission, Cassini-Huygens discovered the plume that fountains water vapour and ice particles above Enceladus. Since then, scientists have found that these water products dominate Saturn's magnetic environment and create Saturn's huge E-ring.

At Titan, the same instrument detected extremely large negative hydrocarbon ions with masses up to 13,800 times that of hydrogen. Dr Coates and his colleagues believe large ions are the source of the smog-like haze that blocks most of Titan's surface from view.

The new findings add to astronomers' growing knowledge of the detailed chemistry of Enceladus' plume and Titan's atmosphere, giving new understanding of
environments beyond Earth where prebiotic or life-sustaining environments might exist.

Professor Keith Mason, Chief Executive of the Science and Technology Facilities Council (STFC), which funds the UK involvement in Cassini-Huygens, said: "This measurement of water ions in the ice plume of Enceladus is incredibly exciting and provides us with further hope of finding water and maybe even life on this distant icy moon."

Image: Cassini captured this stunning mosaic of Enceladus as the spacecraft sped away from the geologically active moon of Saturn.

MSSL led the team which designed and built the Electron Spectrometer, part of Cassini's CAPS instrument, which continues to make invaluable discoveries.