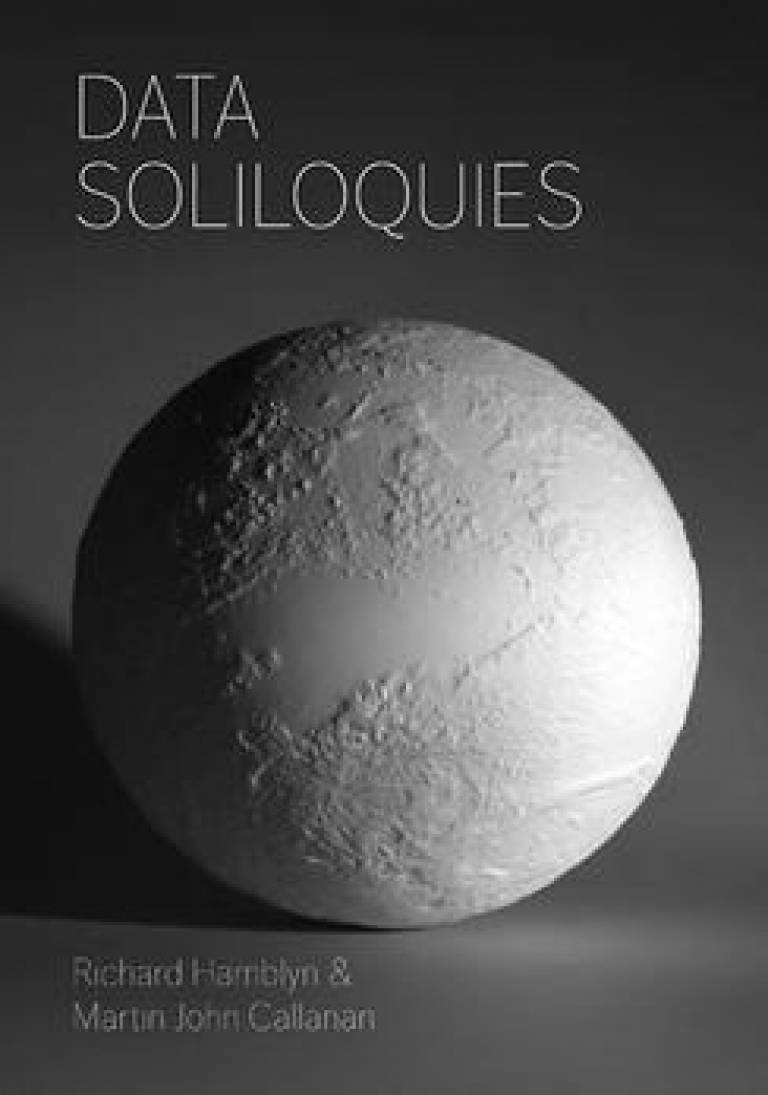 
Data Soliloquies rose from a fruitful collaboration between Martin John Callanan and Richard Hamblyn, during their terms as artist and writer in residence at the UCL Environment Institute.

The result is a witty and insightful book about the theatricality of scientific data, exploring the profusion of graphs, charts, computer models and other forms of visual advocacy that are now inescapable fixtures of public science displays.

Through an combination of essays and artworks, the authors examine the cultural fluidity of scientific information, while critiquing some of the statistically compromised wallpaper that surrounds so much public science debate.

During their time in residence at the UCL Environment Institute, Richard produced another book entitled Extraordinary Clouds, and Martin created A Planetary Order, which is depicted on the cover of Data Soliloquies.

The UCL Environment Institute was established in 2003 as a focus for interdisciplinary environmental research across UCL, as well as to improve links between those who carry out environmental research, and those with need of its findings, notably policymakers and other public and private sector interests.