New theory on the origin of water on Earth 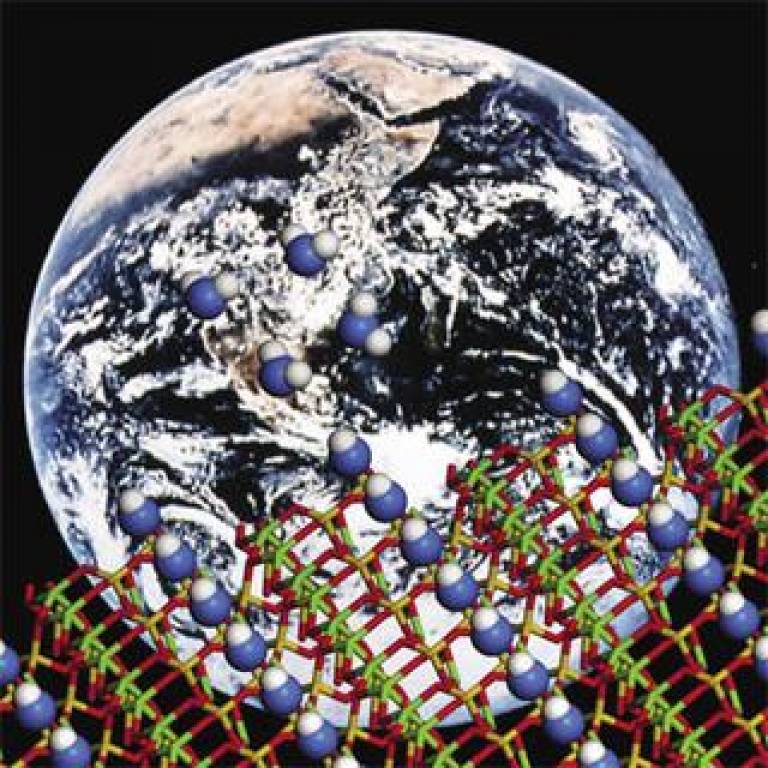 A new theory on the source of terrestrial water has been validated by an international team led by Professor Nora de Leeuw (UCL Chemistry) using computational research.

Below Professor de Leeuw describes the implications of the breakthrough.

"The origin of water on our planet is not only of interest for our understanding of the evolution of our own planet and life thereon, but even more so for the increasing exploration of other planets within our solar system and the discovery of potential planetary systems in other galaxies.

Having spent half a lifetime teaching his students the accepted versions of the origin of our planetary water, which increasingly did not fit the available evidence, Dr Mike Drake at the University of Arizona suggested an alternative hypothesis: that water was already present at the surfaces of interstellar dust grains when they accreted to form our planet. Although this hypothesis fitted with all available evidence, it would only be feasible if the adhesion of water to the dust grains was sufficiently strong to survive the harsh conditions in the interstellar dust clouds where planets form.

Computer simulations by myself and colleagues in UCL, Arizona and Muenster on the adhesion of water to a mineral commonly found in the interstellar dust clouds, show that the kind of highly fractal surfaces found on the interstellar dust grains are indeed suitable for the strong retention of water under the extreme temperatures and pressure conditions prevalent in the accretion disk during planetary formation.

This work thus provides very strong evidence that the new hypothesis as to the delivery of water is correct: water was indeed present at the birth of our planet Earth rather than a latecomer once the planet had been formed."

Image: Structure of olivine, a mineral commonly found in interstellar dust clouds, against the Earth