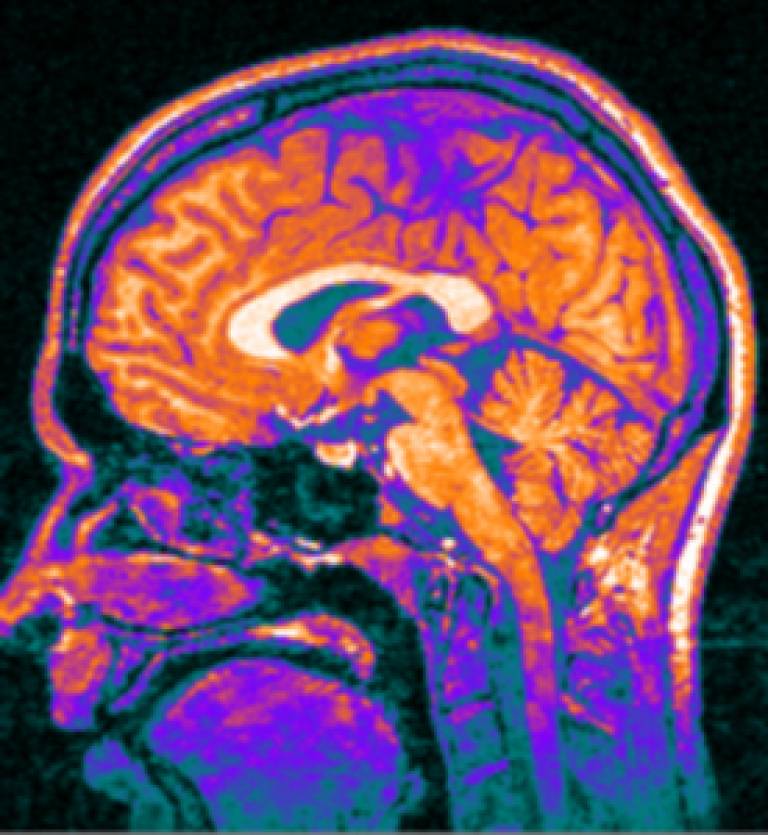 A range of new clinical, functional, and neuroimaging tests developed by researchers at UCL make it possible to track the progression of Huntington's disease long before noticeable symptoms appear.

The new tests provide useful biomarkers that could be used in future trials to detect the effectiveness of potential disease-modifying treatments within a short time period. Published online in The Lancet Neurology, the findings are the first to show quantifiable changes across a broad range of neuroimaging and clinical measures in presymptomatic individuals over just one year.

Trials of potential disease-modifying treatments for Huntington's disease are not far off, but sensitive and reliable biomarkers of disease progression need to be established to test potential treatments early in the disease course, when they are most likely to be effective at delaying or preventing disease onset. Current clinical rating scales lack sensitivity and require long observation periods to show definitive change.

The TRACK-HD longitudinal observational study was designed to detect very early biomarkers of change by comparing a range of new assessment techniques including advanced brain imaging (3T MRI) and cognitive and quantitative motor tests, with the aim of identifying the best assessments to be used in clinical trials of potential treatments. 366 individuals from Canada, France, the Netherlands, and the UK were enrolled-120 presymptomatic carriers of the expanded Huntington's disease gene (preHD), 123 patients with early HD, and 123 non-expanded Huntington's disease gene carrier controls.

In 2009, Sarah Tabrizi from UCL's Institute of Neurology, and colleagues identified a number of sensitive biomarkers in presymptomatic Huntington's disease gene carriers from the baseline TRACK-HD analysis, including significant changes in whole-brain volume, regional grey and white matter differences, and impairment in a range of motor and oculomotor tasks, and cognitive and neuropsychiatric dysfunction.

In this study, they report the 12-month follow-up of patients from the TRACK-HD study with the goal of establishing which of the biomarkers previously identified are most sensitive to disease changes over time.

At 12 months, brain imaging techniques were the strongest and most consistent at detecting disease progression in both pre Huntington's disease and early Huntington's disease. Whole-brain and striatal atrophy (suggestive of pathology such as shrinkage or loss of neurons) increased at a higher, measurable rate, in these individuals than in controls. Over 12 months, increased grey and white atrophy were detected even in patients furthest from predicted disease onset.

Additionally, over 12 months, presymptomatic individuals were found to have detectable cognitive and motor function decline. In early Huntington's disease there was also deterioration in oculomotor function compared with controls.

Importantly, these symptoms progressed at a measurable rate providing biomarkers that could be used as quantifiable endpoints for future disease-modification trials.

They conclude: "In our follow-up of the TRACK-HD cohort, we have identified a range of potential clinical endpoints sensitive to disease progression over just 12 months in premanifest and early Huntington's disease. Our study shows the feasibility of rapidly obtaining reliable quantifiable endpoints that are effective over short periods, across multiple clinical sites, and consequently shows important potential for future therapeutic trials in premanifest and early Huntington's disease."

The UCL Institute of Neurology, Queen Square, was established in 1950 and merged with University College London in 1997. The Institute is closely associated in its work with the National Hospital for Neurology & Neurosurgery, University College London Hospitals' NHS Foundation Trust, and in combination they form a national and international centre at Queen Square for teaching, training and research in neurology and allied clinical and basic neurosciences.