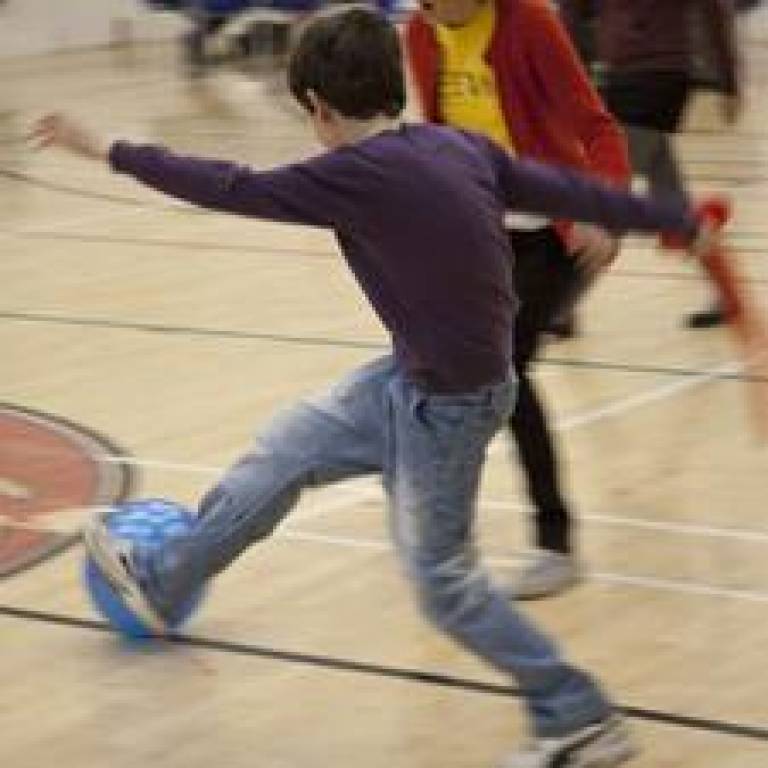 The winners of the Santander 1-UCL Excellence Awards were among those honoured at a recent ceremony at UCL.

To read captions, click on the button on the bottom right and then 'Show info'.

These awards, funded by Santander, aim to foster the notion of UCL as a community. They also aim to highlight and reward outstanding achievement or endeavour by current UCL students in a non-academic field.

One of the winning projects was the Broadway Bound Theatre Group, organised by UCL student Dom O'Hanlon, which provides theatre education for children with diverse backgrounds.

Kirstie McKevitt, Learning Mentor at St Michael's Primary School, said of the group: "The children absolutely love the Musical Theatre Project and they look forward to it every week. The UCL students have done a wonderful job and we are very grateful for their effort and commitment to the project."Another winning project was SoundMix - a project that teaches music to teenage refugees and asylum seekers, helping the teenagers acclimatise to British culture and steer them towards education.

UCL student Joshua Cohen, who won the 1-UCL award for his involvement with SoundMix, explained: "We try to have fun and play music, while at the same time introducing this marginalised group of teenagers to an informal educational environment. A recent achievement of the project has been one of our students gaining a place at a certified music college and subsequently be granted leave to remain in the UK."

All winners of the 1-UCL award are granted £1,000, which is paid by Santander directly to a charity of the winner's choosing.UCL was one of the first UK universities to work with the Santander Group, whose 'Santander Universities' scheme supports over 500 universities across Spain, Portugal and Latin America.

The full list of winners and their chosen charities are listed below.

Image: KEEN, a charity that provides sports and creative sessions for children with special needs in North London, was one of the projects to benefit from a Santander 1-UCL award of £1,000