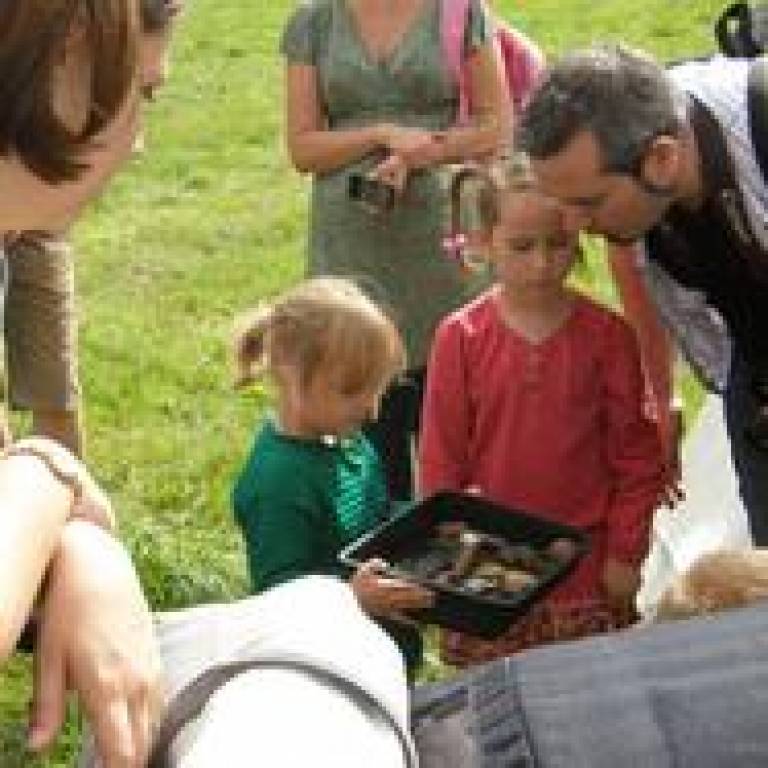 The project is an investigation of the remains of Isca, the Second Augustan Legion's permanent fortress in Britain. It has been made possible due to the generous support of Cadw, the Welsh Assembly Government's historic environment division, the National Roman Legion Museum, and the Caerleon community.

The team will be excavating the remains of a monumental courtyard building - possibly Isca's main warehouse where the supplies and provision needed by soldiers in the fortress were stored. Work began on the site two years ago when a large rectangular area was dug to a depth of about 30 to 40 cms - just enough to reach the top of the Roman remains - but the site has been covered in polythene and soil ever since.

The surveys and excavations are linked to a larger research project called Mapping Isca, examining the legionary fortress at Caerleon and its environs. The archaeology at Caerleon is unique in Britain and important for the entire Roman Empire.

It is hoped that the excavations will provide an insight into the history of Caerleon at the end of the Roman period in Britain when scholars believe that the Second Augustan Legion was moved from Isca to Cardiff and finally to Richborough in Kent.

Dr Gardner said: "Archaeologists' understanding of the end of Roman Caerleon has been very limited, but already the excavations in Priory Field have produced lots of new evidence for this crucial period of transformation. This year we hope to find even more clues to indicate what became of the legion based here."

Public tours of the site are running twice a day during the excavation (at 11am and 2.30pm), which runs until September 17 2010 (excluding Mondays).

A series of Open Days also runs from the 28-30 August 2010, where members of the public can see displays of the latest finds and get involved in activities that include a 'mini-dig'.

Image above: Roman sites typically produce a lot of material but more modern objects are sometimes found in the topsoil, like the golf ball in the corner of the tray held by Evie above.