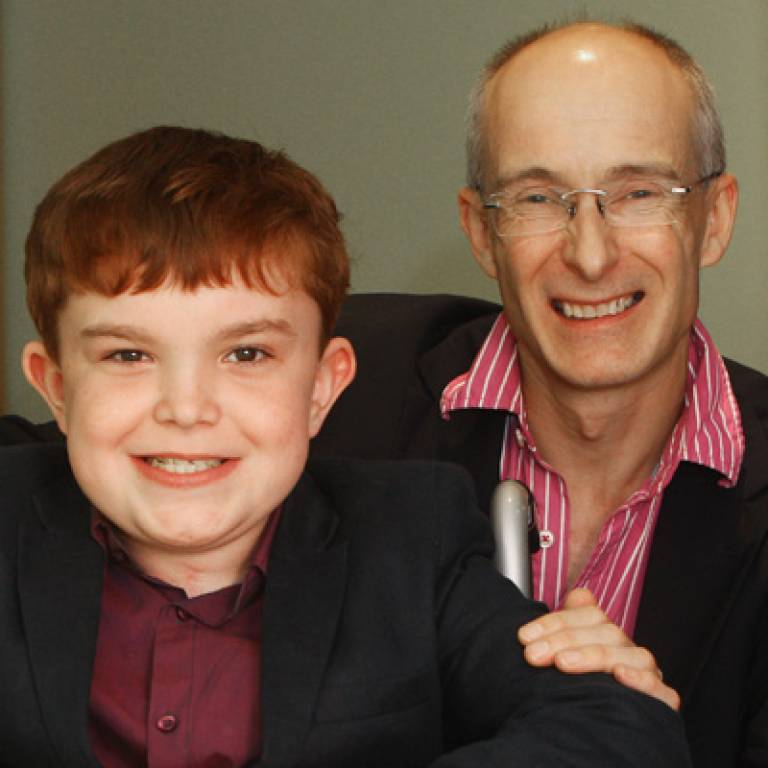 Ciaran Finn-Lynch, who became the first child in the world to undergo a groundbreaking trachea transplant in March this year, has left Great Ormond Street Hospital to return home to Northern Ireland.

UCL scientists and clinicians were key members of the team that carried out the procedure, which involved the removal of Ciaran's trachea to be replaced by a donor windpipe. Ciaran's own stem cells were used to build up the donor windpipe and ensure the organ was not rejected. After a long period of recovery in hospital, the team has been able to prove Ciaran's stem cells are working and vascular function has returned to his trachea.

Ciaran was born with a rare condition called Long Segment Tracheal Stenosis - a tiny windpipe that does not grow and restricts breathing. He underwent the transplant in March this year, just four weeks after a donor trachea was found in Italy. This procedure was Ciaran's only option due to the major operations he had undergone previously.

Colleen and Paul, Ciaran's parents, said: "We cannot thank all the staff involved in Ciaran's transplant enough. When they initially suggested the procedure we agreed to it, knowing it would be the first time it had been tried in a child, as we have 100 per cent faith in them and the work they do. They were the best people in the world to treat our son.

"Ciaran has undergone some major operations in his life, even prior to this transplant in March. He is resilient and has kept his spirits up throughout. Two weeks ago he had a music lesson while he was on the intensive care unit, he played on the drums and he absolutely loved it. Ciaran's spirit has never waned.

"We are obviously also incredibly grateful and indebted to Ciaran's donor and are aware of the heartbreak that family went through in losing someone. They have displayed courage and selflessness and we would like to use this opportunity to urge people to think about signing up to the organ donor register."

The UCL Institute of Child Health and the Great Ormond Street Hospital NHS Trust together form the largest centre for paediatric research outside the US and play a key role in training children's health specialists for the future.

The UCL Centre for Stem Cells and Regenerative Medicine brings together more than 150 research groups from several faculties, specialised hospitals and institutes across UCL - including the MRC National Institute for Medical Research (NIMR) - with a common interest in all aspects of stem cells, tissue engineering, repair and regeneration and the development of their therapeutic and biotechnological potential.