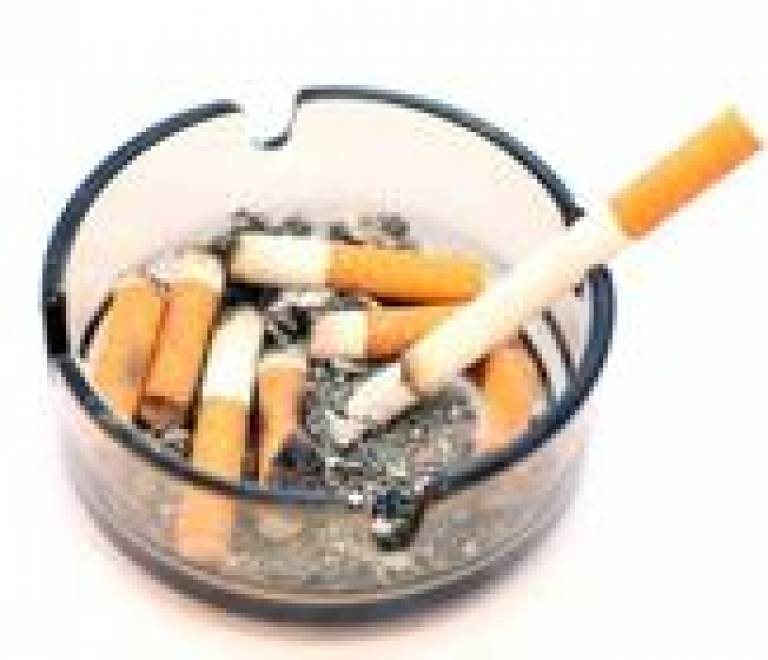 The number of 16- and 17-year-old smokers has dropped since it became illegal to sell cigarettes to under-18s according to new UCL research published today in the journal Addiction.

In the first study of its kind, more than 1,100 16- and 17-year-olds were interviewed from across England before and after the age rise in October 2007. Researchers found the number of smokers dropped by seven per cent, from around 24 per cent to around 17 per cent.

Smoking rates among older age groups - over the age of 18 - were not significantly affected by the changes.

Researchers believe this result shows how important it is to continue working to help more young people stop smoking.

Dr Jenny Fidler, lead author based at Cancer Research UK's health behaviour research centre at UCL, said: "The new law looks to have helped reduce smoking prevalence among younger age groups. This is good news for the future health of this generation of young people and shows that tobacco policies can make a real difference."

New ways to protect young people from tobacco marketing - putting tobacco out of sight in shops and removing cigarette vending machines - became law through the Health Act 2009. But these could be under threat if the government fails to implement the regulations to allow these measures to take effect.

More than 80 per cent of smokers start before the age of 19. Half of all long-term smokers will die of cancer or other smoking-related diseases. Stopping young people from starting smoking is vital if the death toll from tobacco is to be reduced.

Jean King, Cancer Research UK's director of tobacco control, said: "This result is encouraging. We would like to have seen an even bigger drop in the number of young smokers but any measure that helps stops young people from smoking is a step in the right direction.

"We need to do more to protect young people. We urge the government to prevent more lives being lost to an addiction that will kill half of all long term smokers. Rolling out the regulations to remove tobacco displays in shops and getting rid of cigarette vending machines is needed and wanted by the public."

Main homepage image: 'The Hand of a Teenage Smoker' by Dan Baxter on Flickr. Some rights reserved

UCL Epidemiology & Public Health aims to develop a better understanding of health and prevention of ill health through vigorous research and the development of research methodology. This knowledge is applied via undergraduate and graduate teaching, contributions to national and international health policy and contributions to the wider public understanding on health.