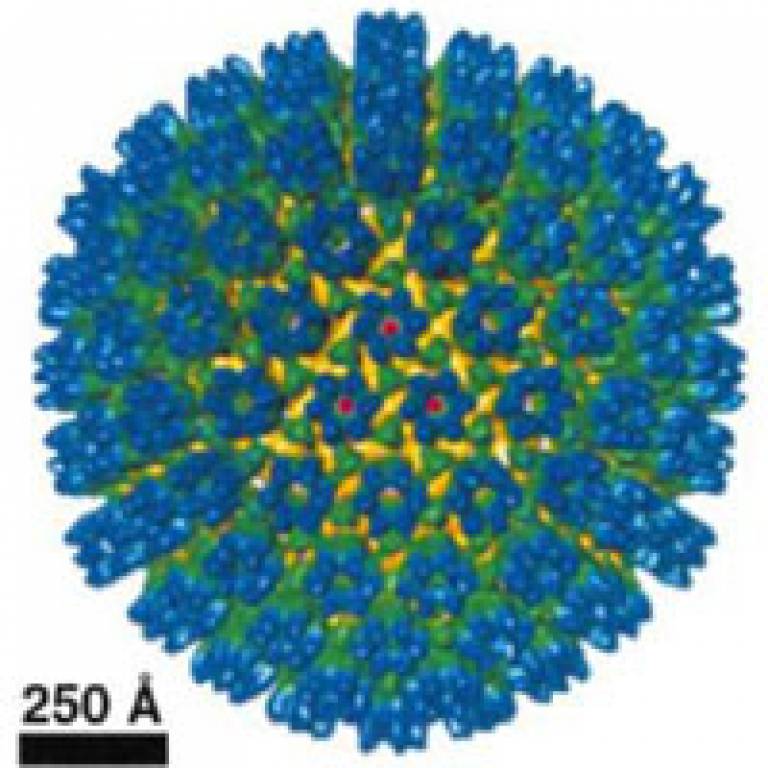 UCL scientists have discovered that stretches of human DNA act as a traitor to the body's defences by helping viruses infect people and trigger cancer-causing diseases.

The research, which was undertaken at the UCL Cancer Institute and funded by Cancer Research UK, and published in Nature Cell Biology today, revealed that viruses can exploit the body's DNA - dampening its antiviral immune response and allowing infection to take hold more easily.

The team has discovered that viruses exploit tiny molecules derived from human DNA called microRNAs, to make cells more susceptible to viral infection. MicroRNAs are mostly found in parts of the human genome which do not generate proteins - initially thought to be 'junk DNA'.

Lead author Chris Boshoff, Director of the UCL Cancer Institute and Cancer Research UK's Professor of Cancer Medicine, said: "We are investigating microRNAs as future therapeutic targets, and targeting cellular microRNAs could be a potential way to prevent or treat cancer-causing infection from viruses."

Dr Dimitris Lagos, study author, based at the Cancer Research UK Viral Oncology laboratory, UCL Cancer Institute, said: "The viruses we tested have evolved with humans for millions of years and use a variety of biological tricks to establish life-long and mostly harmless infections. We discovered that it is likely that other viruses - which can cause diseases including cancer exploit the tiny molecules present in everyone's DNA - called microRNA - to turn cells into a viral 'hotel' which they can check into - to cause infection - and spread."

The UCL Cancer Institute was established in 2007. It aims to: