The fallout from the ash cloud 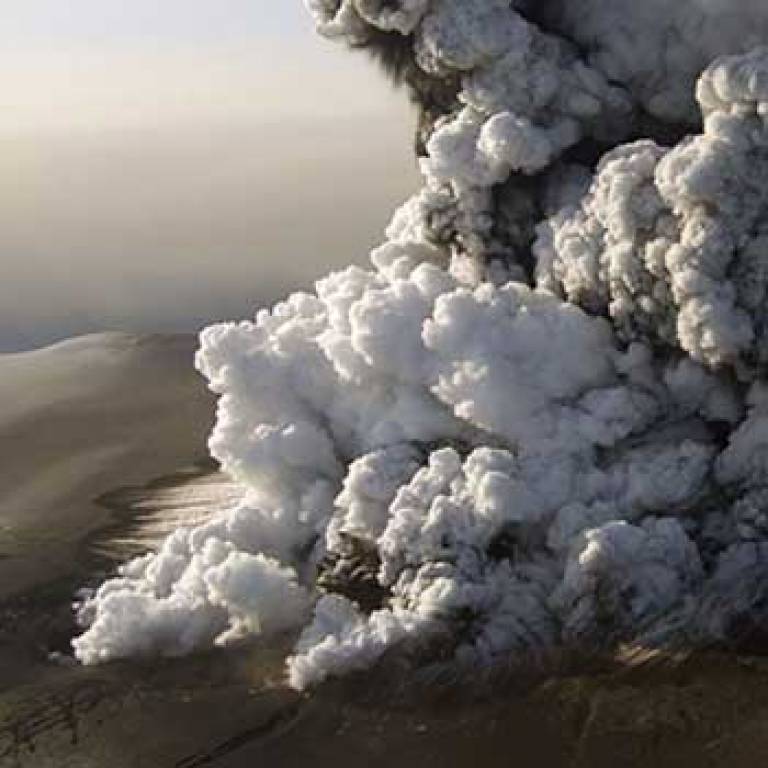 "After nearly six days of complete closure following renewed explosive activity from Iceland's Eyjafjallajökull volcano, UK air space was finally reopened on 20 April. A solitary British Airways aircraft landed at London's Heathrow airport, breaking the silent night and signalling a new focus on getting travel and business back to usual. As routine conditions return, some very serious questions are being asked about whether the ban on flying had been necessary or had lasted too long.

"The warning system put in place under the International Civil Aviation Organisation (ICAO) has been successful in preventing aircraft flying through potentially dangerous ash. But one lesson learned from this crisis is that, although the ICAO's 'any ash, no fly' policy may work over airspaces in vast countries such as the USA, where flights can easily re-route or find alternative flight paths, it has triggered unexpected levels of disruption in Europe, where a single ash cloud can cover and close down most major European airports, bringing air commerce to a standstill.

"The more severe disruption in Europe does not reflect a failure in the system (which has been developed over the last 30 years), but an inadequate evaluation of the potential impact in very large and densely populated regions.

"Was the European shutdown an overreaction? The simple answer is no. Safety must come first and the decisions made over the past five days have been based on the best information possible. Has this information been enough? Possibly not.

"Although the early levels of ash production from Eyjafjallajökull began to decline around 19 April, the ash cloud that had already been generated was still hovering over the UK. At this stage, the key questions to be addressed became what is the concentration below which ash does not pose a threat to aircraft, and how accurately can the position of an ash cloud be measured?

"Uncertainties in answering these questions made decision-making very difficult. Highly sophisticated models are run by meteorological organisations to review uncertainties with the best data, equipment and models available. However, uncertainties in the ash measurements themselves have meant that estimates of ash concentration and location are inherently approximate.

"Events this week suggest highlight that focused investment is needed to develop new technologies for locating ash in the atmosphere and for improving forecasts of how an ash cloud will evolve. In 2009, for example, the US American Recovery and Reinvestment Act provided some $15.2 million to upgrade volcano monitoring in the United States. This has enabled significant improvements in providing the information that people need during all types of volcanic crisis.

"The current 'ash crisis' may now be on the wane. However, Eyjafjallajökull continues to erupt and could create further outpourings of ash. Moreover, with 35 known active volcanic districts, eruptions are frequent events across Iceland and many have the potential to produce extensive ash. There is therefore a good chance that ash clouds from Iceland will enter UK airspace in the not-too-distant future.

"Elsewhere across continental Europe, the possibility of explosive eruptions exists at volcanoes in Greece and Italy, in particular. To these must be added island volcanoes in European territories in the Canaries and the Azores, as well across the Indian Ocean and the Caribbean.

"If we can invest now in research and development, we are likely to be much better prepared during a future volcanic crisis, not only with improved early warning systems, but also with methods for maintaining the safety of air travel while having a lower impact on global business."

For more information about the Aon Benfield UCL Hazard Research Centre follow the link above.

Image: a column of ash rising from the Eyjafjallajökull volcano (credit: Stromboli online - Volcanoes of the World).

The Aon Benfield UCL Hazard Research Centre is Europe's leading multidisciplinary academic hazard research centre, providing a conduit for the transfer of cutting-edge natural hazard and risk research, practice, and innovation from the academic environment to the business world and government and international agencies.

Related stories:
Ash cloud obscures success of warning system
Under the volcano: The Eyjafjöll eruption
Videoconferencing in vogue thanks to volcano