As the general election approaches, UCL staff and students share their wishlist for policies from the next government affecting a range of aspects of life, from human rights and science to crime, the environment, and more. 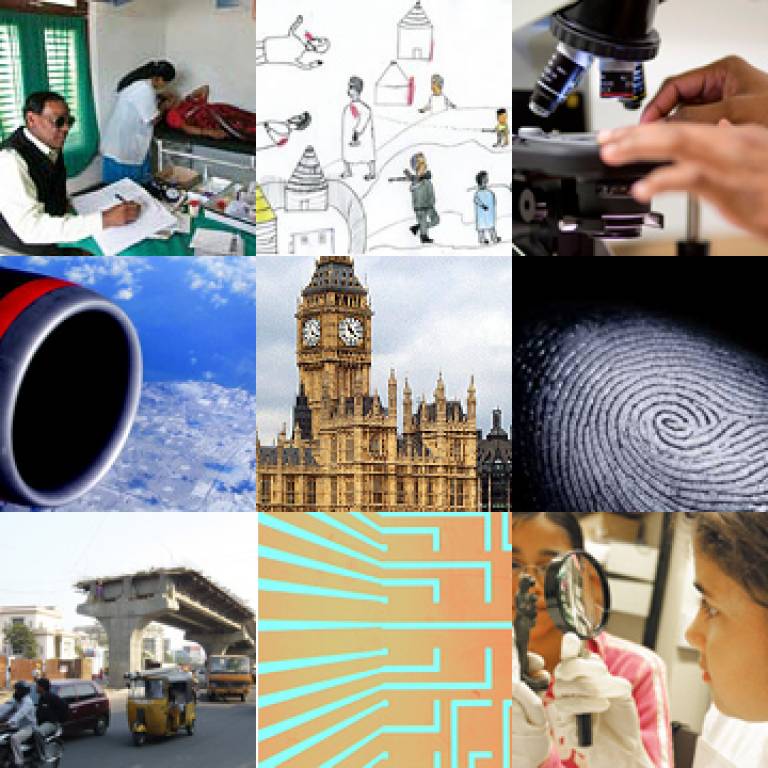 The next government needs to approach human rights afresh, introducing them into the public culture of British society. The amazing constitutional achievement of the Human Rights Act 2000, by the then Labour government, needs to be defended against continual trashing in the media through a programme of public education.

The relevance of the rights in the Act as the rights of all citizens needs to be brought home, and the relevance of human rights in general needs to be demonstrated by expanding the existing list to include rights relevant to people in their everyday lives. This means bringing in economic and social rights and protections worthy of a civilised society. 'Bigger society' is pointless unless it shows concern for and protects every one of its members.

What we need is a constitutional sea change: a clear document enshrining the British Constitution, incorporating the existing rights in the Act, adding others, and codifying the relative powers and privileges of different branches of the state. This should be put to the British people in a constitutional referendum.

Great legal advances have been made in terms of the rights of the child, of women, of lesbians and gays, of ethnic and cultural groups. It is time to bring these rights home in a domestic declaration that the UK can be proud of.

Dr Saladin Meckled-Garcia, Co-founder and Co-director of the UCL Institute for Human Rights

When it comes to solving the country's crime and security problems I wish the government would think like scientists think: be clear and detailed on the problems they are trying to solve, call on existing evidence, test hypotheses about what might work and understand how. They should pay less attention to the media and should understand that members of the public have more common sense than they are sometimes credited with - they know 'politics' when they hear it.

The government also needs to be brave and sign up to the fact that what we all do depends on the situation in which we find ourselves. There is plenty of scope for reducing crime by ensuring that there are fewer opportunities for it to occur. Deadlocks and immobilisers on cars have delivered a 60% reduction in car theft. Similarly central locking for houses, electric cars that are crime proof and beer glasses that don't scar drinkers for life could all reduce crime - we don't need more or bigger prisons. And as for addressing the UK's alcohol culture, perhaps telling the drinks industry that they must reduce their profits by 20% would be a good idea - that certainly would be brave!

Put foreign affairs at the heart of the debate

In an election long passed, a young Blair explained to an elderly lady on a council estate that only Labour could avert nuclear war. She replied, "Can Labour stop the yobs peeing in the lift?". So goes the anecdote on The Economist website, demonstrating the difficulty politicians face in persuading the 'ordinary voter' on the importance of foreign affairs. Never was this more evident than when Brown, Cameron and Clegg met to discuss international affairs at the second Prime Ministerial debate. Questions followed on Europe, climate change and Afghanistan but all too soon pensions, MPs' expenses and eye tests for the elderly dominated again.

UCL research recognises that climate change represents "the biggest threat to human health" in the 21st century. Rising oil prices are also a major economic issue within the UK. Food security will impact on prices at home. Last week's climate change debate, however, descended into which of the leaders cycled most and Iran, the Middle East conflict and relations with Islamic nations hardly drew a mention. A cliché maybe, but these issues will matter to us; today's students, tomorrow's decision makers.

According to the anecdote, Mr. Blair didn't have an answer for the woman on the housing estate. "Young man," she said, severely, "if Labour can't stop them peeing in the lifts, how are they going to stop a nuclear war?" Perhaps these politicians should put their own house in order before we press them to change the world. Or perhaps we, the ordinary voters, should start asking more probing questions.

Prioritise science and technology for prosperity and society's needs

Science is a UK success story. The nation has one of the finest traditions of creative and innovative scientific discovery, but more importantly it has an excellent scientific base, in terms of people and facilities, which is allowing UK science to punch above its weight.

Science and technology have been strongly supported by the government over the last 15 years. If we are to maintain scientific excellence and leadership in the UK, the government that takes office after the election must:

Set up a national open museum

A national open museum could revolutionise the way our museums serve the nation. It could work with communities to create exhibitions in public spaces across the UK and could borrow from any museum collection in the country. The idea is based on
Glasgow's Open Museum, which has given Glasgow communities real access to its museum collections. The Open Museum celebrates its 20th anniversary this year, but in giving communities curatorial access rights it still seems radical.

With the vast majority of publicly funded museum collections still held in storage, it's time we started thinking of this huge resource as a distributed national collection and looked at ways of utilising it across the country. The cultural policies of the three main parties - where they mention museums at all - focus on the national museums, and therefore on London. The Labour manifesto does talk about 'giving public institutions new rights to borrow works of art from the national collection' but surely they have the right already? What is needed is the means to make it happen, and in a way that communities across the UK get to choose their exhibitions, instead of being sent what might be good for them.

If the General Election fairy was to grant me three wishes for a sustainable built environment, I would use the first one on a framework for driving the national carbon targets in the Climate Change Act down to regional, local and even neighbourhood levels to ensure that existing and new urban development plays its part in reducing carbon emissions. At the moment there is a gaping hole between the aspirations of the carbon target regime and its implementation literally on the ground.

Second, I would ask for investment in innovative infrastructure systems led by the need to reduce carbon emissions, rather than tied into to the promotion of economic growth above all else. This would include waste management infrastructure that considered the carbon implications of the collection, transport and treatment of waste, as emphasised in a recent UCL Environment Institute report.

Finally, I would seek to put green and blue infrastructures at the heart of urban planning and urban design to enhance the prospects for ecological and urban resilience in the face of climate change. Not only would this provide the kind of urban environment that people would wish to live and work in and visit but it could protect us against heat stress and flash flooding.

The prospect of a hung parliament should be regarded not with trepidation, but as an opportunity to revolutionise a political establishment plagued by public distrust and disengagement. Electoral reform must be a component of the quest to restore faith in politics, as polls continue to demonstrate the unfairness of the first-past-the-post system.

For example, it is possible that Labour could emerge after the 6th May with the largest number of parliamentary seats despite coming third in terms of overall votes cast. Such a perverse outcome would be an indisputable injustice. It is somewhat ironic that the Conservatives are the only main party to oppose any electoral reform. Their obduracy on this issue leaves Conservative voters in Labour or Liberal Democrat-held safe seats in the peculiar position of effectively voting for their vote not to count. A fairer voting system would strengthen the voices of those at the extremes of the political spectrum, but that is the price of democratic legitimacy and accountability.

As someone who is still young enough to be voting in a general election for the first time, I am acutely aware that my vote is incredibly unlikely to influence the outcome. It is my hope that 6 May 2010 will be remembered as the date of the last ever first-past-the-post election.