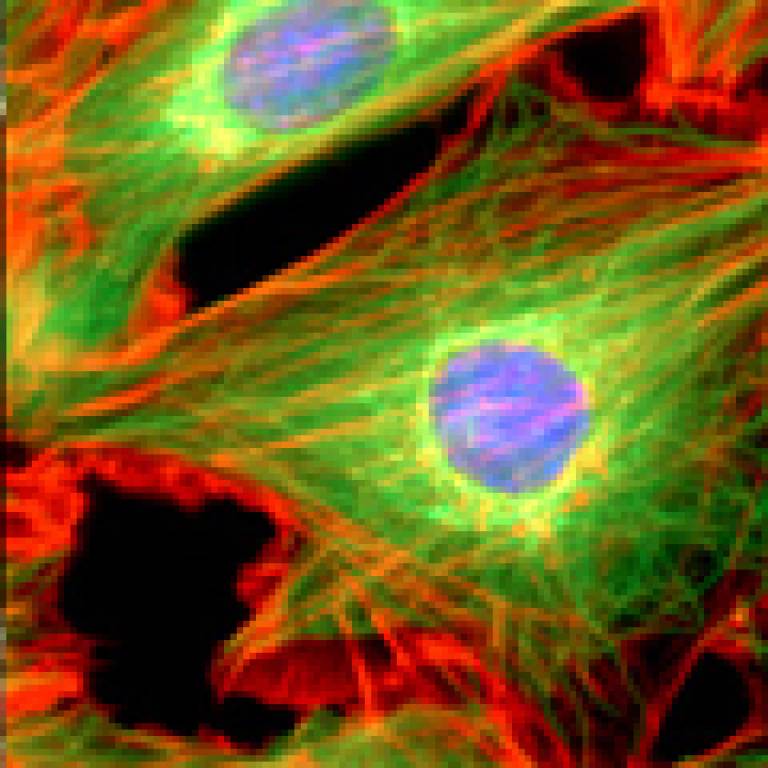 The discovery could one day help scientists boost the body's production of these frontline tumour-killing cells, creating new ways to treat cancer.

The researchers have 'knocked out' the gene in question, known as E4bp4, in a mouse model, creating the world's first animal model entirely lacking NK cells, but with all other blood cells and immune cells intact. This breakthrough model should help solve the mystery of the role that Natural Killer cells play in autoimmune diseases, such as diabetes and multiple sclerosis. Some scientists think that these diseases are caused by malfunctioning NK cells that turn on the body and attack healthy cells, causing disease instead of fighting it. Clarifying NK cells' role could lead
to new ways of treating these conditions.

Natural Killer cells - a type of white blood cell - are a major component of the human body's innate, quick-response immune system. They provide a fast frontline defence against tumours, viruses and bacterial infections, by scanning the human body for cells that are cancerous or infected with a virus or a bacterial pathogen, and killing them.

NK cells - along with all other types of blood cell, both white and red - are continuously generated from blood stem cells in the bone marrow over the course of a person's lifetime. The gene E4bp4 identified in this study is the 'master gene' for NK cell production, which means it is the primary driver that causes blood stem cells to differentiate into NK cells.

The researchers behind the study, led by Dr Hugh Brady from the Department of Life Sciences at Imperial College London, are hoping to progress with a drug treatment for cancer patients which reacts with the protein expressed by their E4bp4 gene. This reaction causes their bodies to produce a higher number of NK cells than normal which should increase the chances of successfully destroying tumours.

Currently, NK cells isolated from donated blood are sometimes used to treat cancer patients, but the effectiveness of donated cells is limited because NK cells can be slightly different from person to person. Dr Brady explains: "If increased numbers of the patient's own blood stem cells could be coerced into differentiating into NK cells, via drug treatment, we would be able to bolster the body's cancer-fighting force, without having to deal with the problems of donor incompatibility."

The discovery of the NK cell master gene and creation of the mouse model will also allow the researchers to determine whether the progression of a number of medical conditions - including autoimmune disorders, persistent viral infections and female infertility- is helped or hindered by the removal of NK cells from the equation. Since the discovery of disease-fighting NK cells in the 1970s, scientists have often debated whether they cause more harm than good in certain circumstances.

The researchers were initially studying the effect of E4bp4 in a very rare but fatal form of childhood leukaemia when they discovered its importance for NK cells.

The study was funded by the charities CHILDREN with LEUKAEMIA and Leukaemia Research.

UCL's Molecular Haematology and Cancer Biology Unit comprises a wide range of approaches to understanding the molecular aetiology of cancer. We are expert in technologies as diverse as generating transgenics, cloning cDNAs from differential expression screening, proteomics, using Affymetrix DNA chip microarrays and single cell microinjection. A central theme of the Unit is studying the basic mechanisms of apoptosis as well as its role in the development of cancer.

The Unit's links between the clinic and basic research are very strong. The major areas of interest in research ie childhood leukaemia, bone marrow failure and neuroblastomas reflect the major disease types treated by the haematology and oncology clinicians at Great Ormond Street Hospital. A major aim of the close relationship between clinicians and scientists is to translate discoveries from the lab into the clinic.