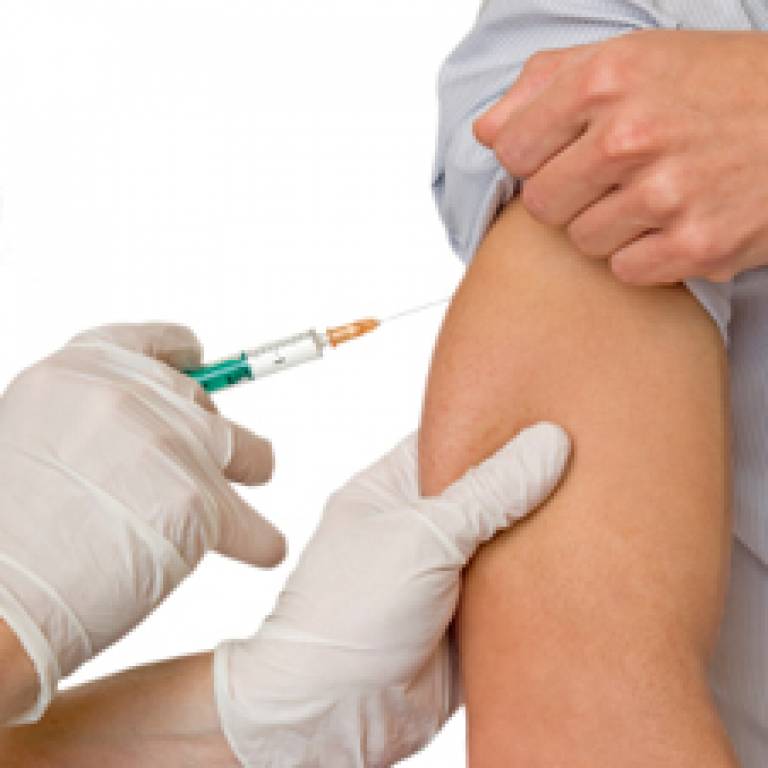 
Flu can trigger heart attacks and cause cardiovascular death, but the influenza vaccine may offer protection for cardiac patients, according to a review by scientists from the UCL Centre for Infectious Disease Epidemiology published in the October edition of The Lancet Infectious Diseases.

The cardiac complications of influenza infection are well known. But the role of influenza as a trigger of heart attacks is unclear. However, it has been suggested that influenza might cause acute and severe inflammation, which in some patients may destabilise atherosclerotic plaques and cause clots in coronary arteries leading to heart attacks.

To provide more evidence, Research Fellow Charlotte Warren-Gash and Dr Andrew Hayward from the UCL Centre for Infectious Disease Epidemiology and Liam Smeeth from the London School of Hygiene and Tropical Medicine conducted a systematic review of the evidence to examine the association between influenza and heart attacks or cardiovascular death, including the possible cardioprotective effects of the influenza vaccine. In total, 42 papers describing 39 studies between 1932 and 2008 were analysed.

Findings from a range of observational studies in different settings reported consistent associations between influenza and heart attacks, but a weaker association with cardiovascular death. Four out of eight observational studies also showed a protective effect against heart attacks or cardiovascular events in those vaccinated against influenza. In addition, two small randomised trials suggested that influenza vaccination reduces the risks of cardiovascular death and some cardiac events.

The authors point out that despite being the only major respiratory virus for which effective preventive vaccination is available, there is suboptimum uptake especially in people who ought to have the flu jab such as those with chronic diseases including heart disease - in the UK in 2008-9 vaccine coverage was just 47.2% in the chronic disease group.

According to the scientists, more efforts are needed to encourage people with heart disease and diabetes (which increases the risk of heart attacks) to have the flu jab. This might be especially important given the H1N1 influenza (swine flu) pandemic and seasonal flu outbreaks when many more people are expected to catch the flu.

Engineering may be the key to curbing swine flu