Unravelling the secrets of a magic material 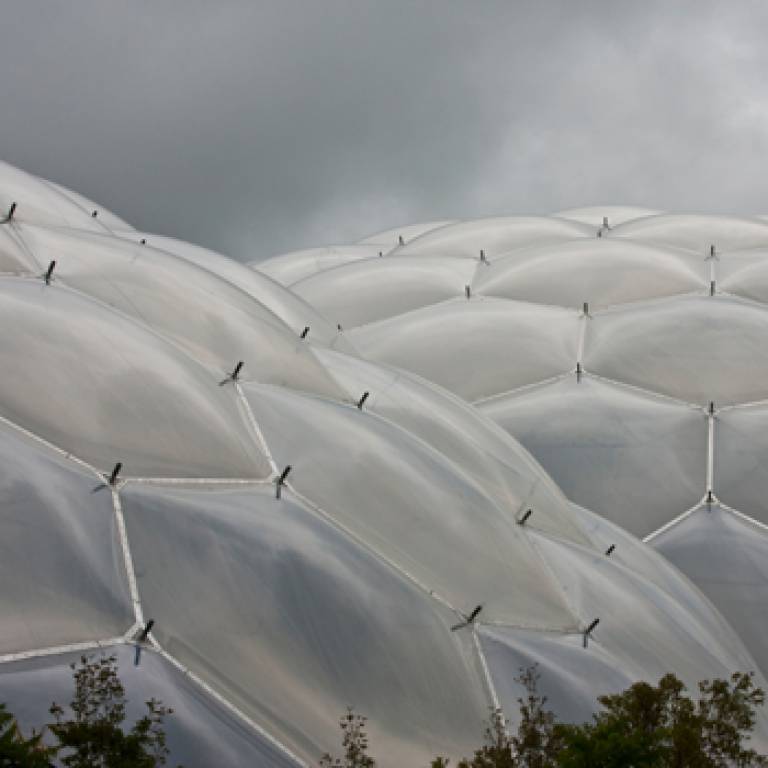 UCL researchers are helping to unlock the secrets of a material that could ultimately be used in a new generation of electronic devices.

Graphene is a sheet of carbon just one atom thick - the thinnest known material in the universe and the strongest ever measured.

It is 200 times stronger than steel and can carry one million times more electricity than copper.

These properties give graphene a number of potential new applications, such as its use in the circuitry of faster computers or more powerful mobile phones, but graphene sheets are difficult and expensive to produce.

Professor Dario Alfè and Dr Monica Pozzo (UCL Earth Sciences) are part of a group trying to understand and characterise the mechanisms for the growth of graphene for one particular method of production.

The method, known as Chemical Vapour Decomposition, involves sending hydrocarbon molecules to an iridium surface that is heated between room temperature and 1000 degrees.

When they hit the surface these molecules loose their hydrogen atoms, which fly into space, leaving the remaining carbon atoms sticking to the iridium, where they start to self-assemble in small 'nano-structures'. The nano-structures eventually develop into fully formed graphene sheets.

Professor Alfè, Dr Pozzo and their colleagues led by Dr Alessandro Baraldi and Dr Silvano Lizzit at ELETTRA, the Synchrotron light laboratory in Trieste, Italy, have begun to unravel how that process takes place, and thus how it might be controlled.

Professor Alfè said: "This method to grow graphene is well known; however, the mechanism that takes us from a carbon-covered surface to the formation of a fully formed graphene sheet is yet to be understood.

"We discovered that the growth of graphene starts with the formation of small islands of carbon with an unusual dome structure, in which only the atoms at the perimeter are bound to the iridium substrate while the central atoms detach from it, making the island bulge upwards at the centre.

"The structure resembles that of the Eden Project building in Cornwall. We also found that the size of these 'geodesic nanodomes' depended on the temperature of the iridium substrate, and the manipulation procedure, suggesting possible routes to control the size of graphene sheets at the nanoscale.

"These could be used in the future as building blocks for new generation electronic circuits, for example to make much faster computers, or mobile phones sending data at much higher rates."

UCL Earth Sciences works in partnership with the London Centre for Nanotechnology, a UK-based, multidisciplinary research centre forming the bridge between the physical and biomedical sciences. It brings together two world leaders in nanotechnology - UCL and Imperial College London - to access the combined skills of multiple departments.