UCL researcher Hashim Uddin Ahmed is conducting a series of world-first trials into an alternative form of treatment for prostate cancer. 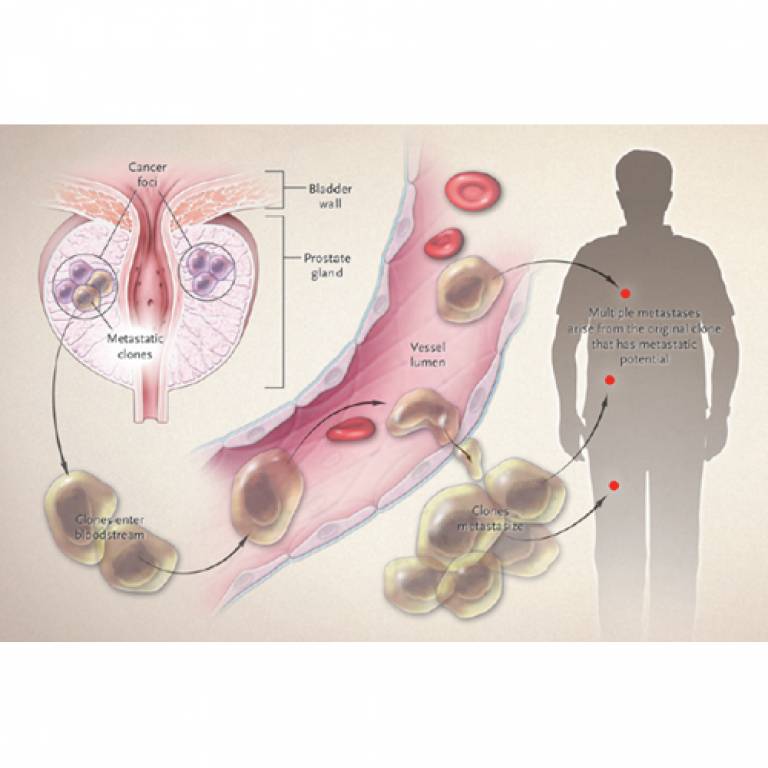 Prostate cancer is the most common cancer affecting men in the UK, with conventional treatment for the disease causing many distressing sid effects.

Mr Ahmed is a Medical Research Council Clinical Research Fellow in the UCL Division of Surgery and Interventional Science. Results from the groundbreaking trials he has undertaken have shown that one-third of men with prostate cancer might benefit from high-intensity focused ultrasound (HIFU).

The New England Journal of Medicine today published a commentary by Mr Ahmed about his work in this area. Mr Ahmed explains his research below.

"Prostate Cancer affects 500,000 men around the world every year. The incidence is increasing because we are detecting lower risk cancers in younger men at an earlier stage.

"Many of these men have treatment which gives them very little benefit in terms of life expectancy, but subjects them to considerable harm. One in two are impotent, one in ten need to wear pads because of urine leakage and one in ten have back passage problems.

"This is because traditional treatments such as surgery and radiotherapy treat the whole prostate and damage the nerves that supply the penis, muscles that control urine flow and the back passage lining.

"I have conducted a series of research trials, led by Mark Emberton (Reader in Interventional Oncology), which are using high-intensity focused ultrasound (or HIFU) to target only the tumours inside the prostate. This is called focal therapy.

"HIFU concentrates soundwaves to millimetre accuracy causing the tissue to heat up. Temperatures of 80-90 degrees Celsius are reached, which kills the cells instantaneously.

"The first two trials aim to treat the cancer wherever it is. They are near completion and early results show that 95% of men have return of erections and control of urine after treatment with no back passage symptoms.

"The cancer was eradicated in 90% of men, and in those where there was residual cancer, HIFU was repeated successfully - something else not possible with surgery or radiotherapy. However, only one-third of men with prostate cancer will be suitable for treatments such as these, so the benefit of focal therapy may be limited.

"In the article I wrote for the New England Journal of Medicine, I reviewed evidence which showed that most men with cancer that has not spread could have focal therapy.

"The article points to evidence that when prostate cancer spreads, the areas outside the prostate always arise from one cancer cell. These areas (metastases) are likely to arise from the largest tumour (the so-called index lesion) in the prostate, as this tumour harbours the most aggressive cells in the prostate.

"As a result, a third trial using HIFU was recently set up. The third trial takes the concept of focal therapy further. It aims to treat only the largest tumour (the index lesion) in the prostate, even if there are two to three smaller ones left in the untreated tissue. Treating those other smaller tumours would likely offer no benefit in 10 years (they are highly unlikely to grow and spread) and would mean that men would get the benefits of the very low side-effects from focal therapy.

"These trials are the first of their kind with UCL leading the world in the concept of focal therapy."

Diagram: A recent study by Liu and colleagues has shown that metastases in prostate cancer have a common origin - that is, they originate from the same clone. If the single lesion harboring this metastatic clone could be accurately identified and then targeted, it seems likely that the side effects of treatment for prostate cancer would be reduced. The other lesions (depicted as purple cells in the prostate) would undergo surveillance.