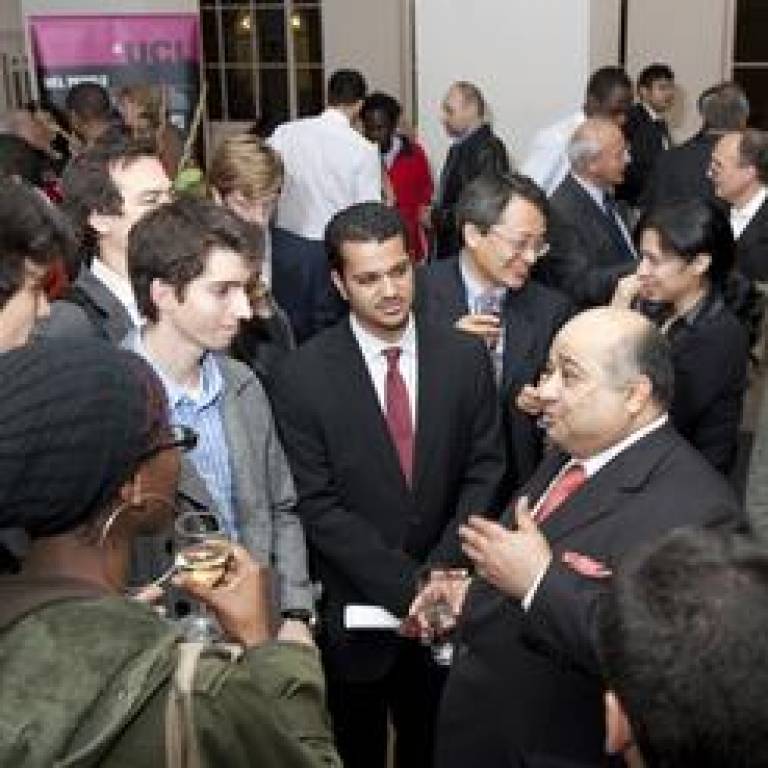 Sheikh Mohamed is founder, sole patron and chairman of the MBI Al Jaber Foundation, which has a longstanding scholarship programme that grants scholarships to Arab students to study at top universities in the West, and which supports a wide range of other educational and cultural activities.

Sheikh Mohamed described his motivation for investing so much of his time and energy, as well as money, in educational reform and in the promotion of education in the Middle East and elsewhere:

"It's about time for the Arab world to be a contributor in the world of technology - and one day to be an exporter of technology.  I think it has all it needs to be a player…The challenge now is to move fast."

He went on to add that foreign languages, literature, and history should be studied in the new curriculum, in addition to science and technology, because they enable us to understand the emotional values of other peoples and how they have developed.

As both a UNESCO Special Envoy for Education, Tolerance and Cultures to build Peace and Democracy and UN Spokesperson for Global Forums on Re-inventing Government, Sheikh Mohamed is a passionate believer in the role of education in both transforming lives and transforming governments.

He insisted strongly on the importance of transparency at every level of governance, whether national governments, international organisations, businesses, or educational institutions.

"It is very important to acknowledge our problems and to start to agree the areas we have to focus on. It will take time, but I have no doubt that we will get there. The governments [in the Arab world] know exactly what needs to be done. Many of them are very optimistic and they have very strong promise."

When asked about his own success as an entrepreneur, with a business empire that ranges across many interests, Sheikh Mohamed said that it was crucial initially to have the desire to innovate - "It's something born with you" - but that entrepreneurship could be developed by teaching people how to take responsibility for the success or failure of a venture. He added that universities could take an important role in explaining to students the importance of understanding the traditions that make entrepreneurship possible.Sheikh Mohamed has recently been singled out as exemplifying good practice in philanthropy in the way that he attaches no conditions or demands to his donations. He took pains to emphasise the importance of active social responsibility, which for him is a mark of true leadership.

He argued that philanthropic donors can be personally very closely involved with the projects they are funding, as long as they do not seek to influence the academic output or activities of an institution to promote their own political agendas.

To close the interview, Professor Worton asked Sheikh Mohamed if his views on the Middle East had changed much since 2006, when he had last spoken at UCL. While recognising that several peoples in the Middle East are paying a high price for the conflicts in their region, Sheikh Mohamed responded that the growing understanding of democracy and the very real progress in education in the Arab world give grounds for optimism and hope.

To find out more about UCL's connection with South Asia and the Middle East, follow the links at the top of this article.