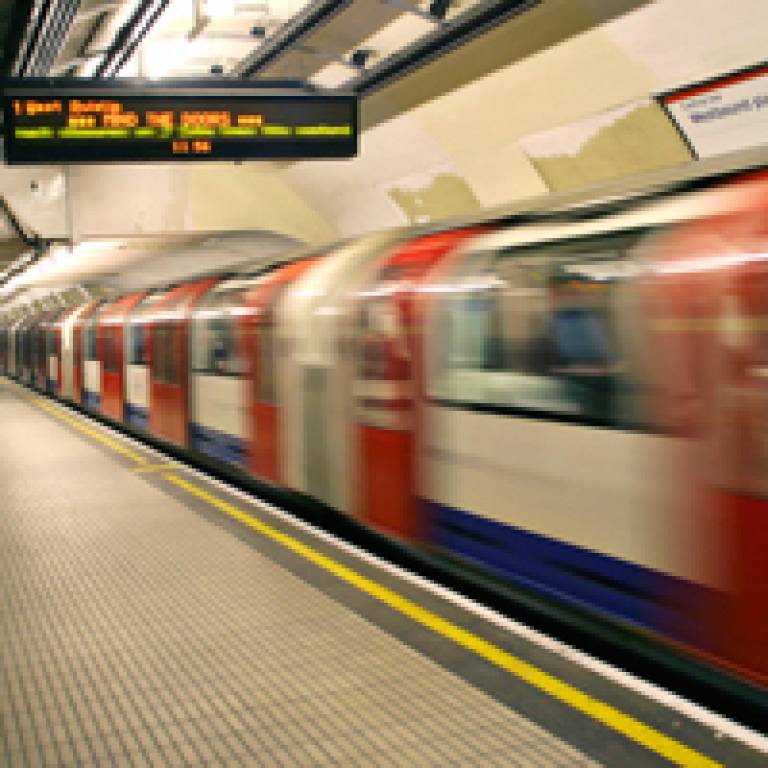 'Destination London' is a series of public events to mark the completion of the 'East Looks West' travel writing project.

The aim of the project, funded by the Arts and Humanities Research Council and hosted by UCL's School of Slavonic and East European Studies, was to research and develop resources and publish work on East European travel writing from the 16th century to the present day.

In this suite of audio podcasts we feature the second in a series of selected extracts from East European writers.

The extracts are read in English by staff and students from UCL's School of Slavonic and East European Studies. Each extract is under four minutes in length.

Destination London: an introduction to the programme

"The pupil at an English college bows to no-one, does not stand up in the presence of anyone and is not polite to anyone."

Aleko Konstantinov, To Chicago and back [Do Chikago i nazad], Sofia, 1894; translated as To Chicago and Back (Sofia, 2004), trans. by Robert Sturm. Read by Aneliya Kuzmanova.

"Save me, God, from these huge chunks of bloody, cold, unsalted meat and these slobbery disgusting, pulpy vegetables. Ugh!"

"Another visit to the British Museum. You will find the richest collection of artefacts of the old world, yet in vain do you seek in it the Hungarian homelands, or any trace of their arts."

"You meet an Englishman. Not Shakespeare, not Dickens or Shaw. You meet a bureaucrat in a firm that produces glove buttons."

"Soaked to the skin, blue with cold, and fingers frozen stiff, I was pushed and shoved until I found myself facing the customs man."

The Destination London programme has been organised by Wendy Bracewell, the director of 'East Looks West' (UCL School of Slavonic and East European Studies) and by Tony White, Leverhulme Trust writer-in-residence at the School.

The UCL School of Slavonic and East European Studies is one of the world's leading specialist institutions, and the largest national centre in the UK, for the study of Central, Eastern and South-East Europe and Russia. More than 60 academic staff work at the School, teaching and conducting research in the history, economics, politics, sociology, anthropology, culture, literature and languages of the countries of the region.