SOLIDARITY/Solidarities conference: Children of the Revolution 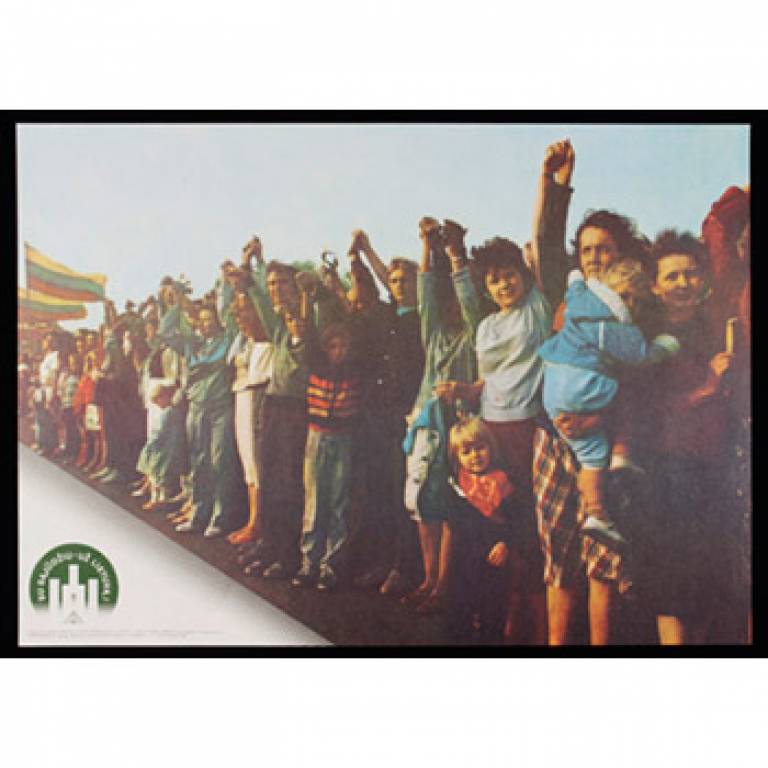 The UCL School of Slavonic and East European Studies (UCL SSEES) will mark the 20th anniversary of the 1989 democratic revolutions in Central and Eastern Europe by hosting on 5-6 June 'SOLIDARITY/solidarities', a conference that will consider the events that led to the fall of communism across the region and the lessons to be learnt from the last time Europe underwent such enormous change and reorganisation.

On 5 June 1989, the bi-polar political world of communism and capitalism began to unravel into something much more complex when Solidarity candidates were allowed to run in parliamentary elections in Poland. Their success ended 41 years of Communist Party dominance in the country.

Before 1989, communism was imagined as an immutable, permanent structure. With the revolutionary tides of 1989, societies in Eastern Europe underwent a radical reimagining of their landscape. From the shipyards of Gdansk, via Berlin's Brandenburg Gate and Prague's Wenceslaus Square, to the boulevards of Bucharest, the 'people's democracies' of the region were brought face to face with the democratic will of their peoples on their city streets and squares. Thought became action.

Individually, these citizens were not powerful people - they did not possess the weaponry and the apparatus of the state - but they had a strength and legitimacy that could not be resisted by military force. They rediscovered the ethical in politics, establishing a moral, public sphere. People emerged into the open spaces, acting together in a way that had been undermined and eroded during communist rule.

'SOLIDARITY/solidarities' will bring together activists, scholars, journalists and artists to reflect on their personal experiences, discuss the visual representation of the period and explore the theoretical modes of the revolution that emerged, with a view to reassessing the concept of solidarity in its relevance for political action today - as the public mood shifts towards the need for radical change in light of issues such as  global warming and deepening financial crisis.

Dr Tim Beasley-Murray (UCL SSEES), one of the organisers of the event, explains: "Remembering 1989 is not about simple nostalgia for a time when the possibilities seemed endless. It is about rediscovering what was lost and learning from it. Are there solidarities that still exist that we can build on today? Are there resources and re-imaginings for us to build on, such as anti-globalism movements and women's solidarities? We need to remember that 1989 was not just a change in Eastern Europe. It affected all of us."

Dr Beasley-Murray adds: "The conference will reflect on the huge variety of experience at the time. This is not just about the Berlin wall coming down; that was just the final, iconic image. The conference will focus on the lessons the West can take from the revolutionary zeal and perhaps reflect on some of its own missed opportunities."

The conference will be the inaugural event of the 'Children of the Revolution 1989-2009' season, a series of events coordinated by the Polish Cultural Institute in London in collaboration with UCL, the Tate Modern and the Victoria & Albert Museum. The programme is being supported by EUNIC-London, The European Commission Representation in the UK, the M.B. Grabowski Fund and POLSKA! YEAR.

To find out more about the conference, follow the link at the top of this item.

UCL Context
The UCL School of Slavonic and East European Studies is one of the world's leading specialist institutions, and the largest national centre in the UK, for the study of Central, Eastern and South-East Europe and Russia.

More than 60 academic staff work at UCL SSEES, teaching and conducting research in the history, economics, politics, sociology, anthropology, culture, literature and languages of the countries of the region. The school has five interdisciplinary research centres and leads the inter-university Centre for East European Language Based Area Studies.

Related news
UCL podcast: Looking back on the Berlin Wall