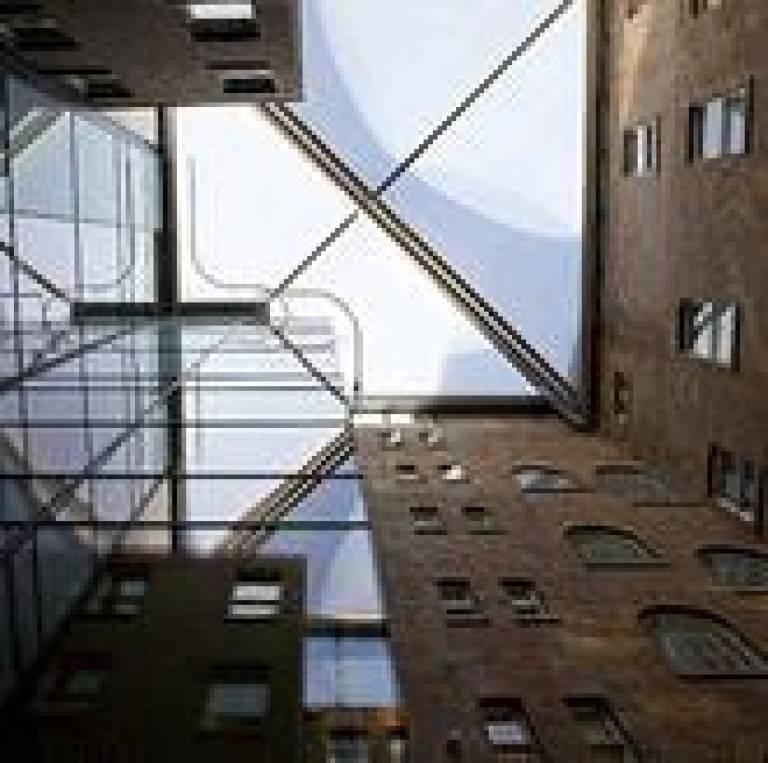 The UCL Cancer Institute's £40m Paul O'Gorman building has been shortlisted for Building magazine's 2009 Project of the Year award. Designed by Grimshaw Architects, it is one of eight projects shortlisted for the prize.

The Project of the Year award recognises construction projects completed between September 2007 and November 2008, which have 'demonstrated an outstanding contribution to the built environment'. It rewards best practice, innovation and excellence, and the projects are judged on the four criteria of design, sustainability, innovation and construction performance.

Building magazine highly praises the UCL Cancer Institute's building for both its construction and function: "This elegant postgrad medical school and cancer institute was built on the foundations and basement of the original building and the new materials have been used as efficiently as possible. Flexible spaces ensure the building will have a long life and the terracotta brises soleil (sun-blocking panels) not only cut energy use, but also help to relate the building to its surroundings."

The UCL Cancer Institute brings together cancer research across UCL and its partner hospitals, providing services, instrumentation and technological expertise to an large array of individual research groups housed under its roof. Its Paul O'Gorman Building - named after the 14-year-old boy whose death from leukaemia in 1987 led to the foundation of the charity Children with Leukaemia - is situated at the heart of one of the largest and most prolific biomedical facilities in Europe. It comprises five floors which provide 4,500 square metres of specialist laboratory space, with the infrastructure to support the modern technologies required to conduct cancer research, and will ultimately house over 350 scientific staff.

The Cancer Institute's Director Professor Chris Boshoff explains: "The building does something exciting by opening up an often opaque and private area of study."  Cancer, he insists, already kills more than one in four of the population and is a matter of intense public concern: he and his team want the public to be informed about their work.

The building was created by world-renowned architects at Grimshaw, known for their work on the Eden Project in Cornwall. Its design was influenced by its role as a cancer institute, and by the relationship between science and the study of cancer. It integrates images generated by the processes used in modern medical research with the building's architecture: the load lines in the write-up area's ceilings were shaped by the patterns of cell division (above, left), chromosome painting inspired the colour scheme for the interior, and the shapes of the energy-saving terracotta panels at the front of the building are based on the very electromagnetic waves which they are intended to block (above, right).

The 15th annual Building Awards will be conferred on 2 April at the Grosvenor House Hotel in London.