This year, over 35,000 people attended The Times Cheltenham Science Festival, making it one of biggest science festivals in the world. 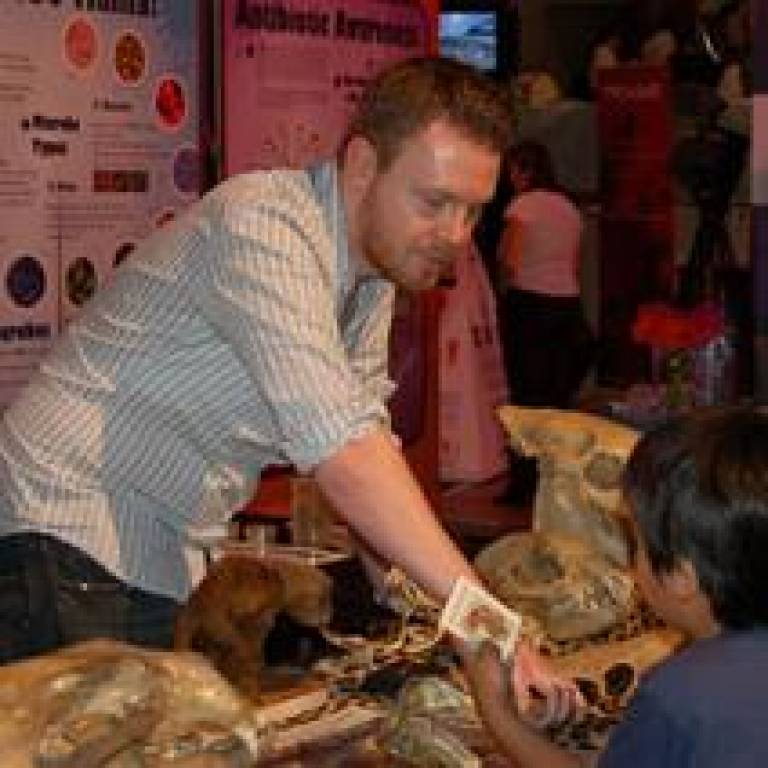 Running from 3 to 7 June 2009, the Festival has grown in reputation and 40% in size since Dr Mark Lythgoe (UCL Centre for Advanced Biomedical Imaging) became the Festival's Co-Director three years ago. He was accompanied this year by a host of UCL colleagues, including the ever-popular Dr Andrea Sella (UCL Chemistry), renowned for his explosive take on chemistry. Andrea held a variety of sold-out demonstrations, from the science of curry to the dangers of mercury.

Astrobiologist Dr Lewis Dartnell (UCL Physics & Astronomy) delivered a groundbreaking public lecture, looking at alien evolution and posing questions such as how humans might evolve if we were to colonise other planets. Meanwhile, Professor Geraint Rees (UCL Institute for Neuroscience) took part in a panel discussion, considering whether brain scans that reveal lies or intentions will ever be admissible in court, and how genetic knowledge looks set to influence our medical treatment.

The UCL Grant Museum of Zoology also manned a stand in the Discover Zone - an interactive exhibition that aimed to encourage visitors to learn about science, engineering and technology. The team offered a range of exciting, hands-on activities with interesting zoological specimens, such as identifying fossilised human skulls, determining the origins of animal droppings, and a unique opportunity to build a real gorilla skeleton.

Watch the video for highlights of this year's Festival.

UCL believes in nurturing a society in which the next generation want to take part in research, teaching and learning. UCL's presence at Cheltenham Science Festival is one way in which the university seeks to fulfil this aspiration.