UCL writer and artist-in-residence look to the skies: watch the video

A writer and artist-in-residence at UCL's Environment Institute are holding a joint launch for a new book and work of art - linked by the theme of clouds. 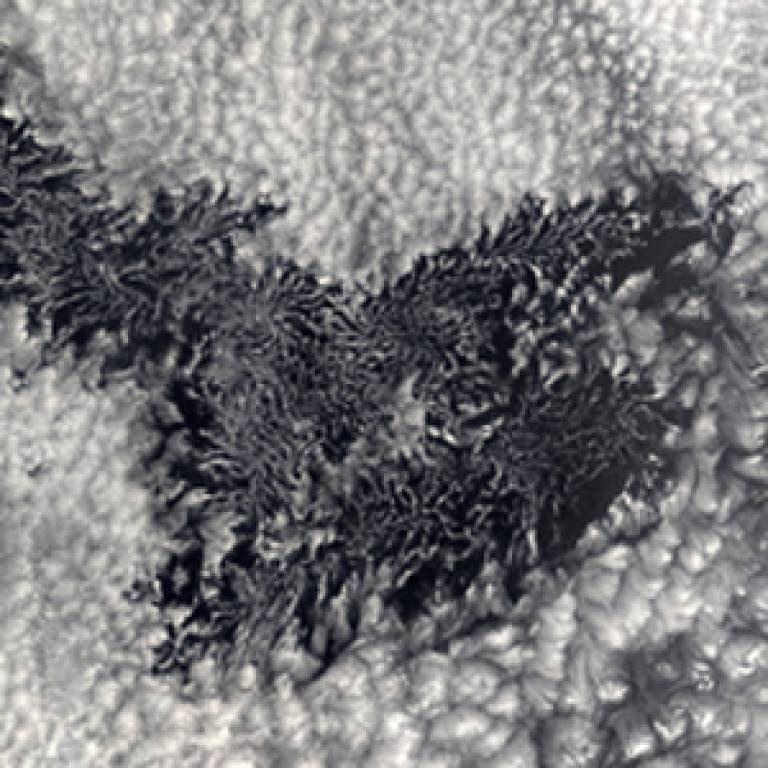 Artist-in-residence Martin John Callanan has created A Planetary Order, a terrestrial globe showing clouds around the planet from one single moment in time.

Hamblyn has already written several books on the subject, including The Invention of Clouds, which won the LA Times Book Prize, and a pictoral guide to cloud formations called The Cloud Book.

Extraordinary Clouds grew out of his research for the latter as he amassed a collection of images that did not fit into any standard category, such as the uniform streaks of 'street clouds' and the bulbous 'lenticularis' sometimes mistaken for UFOs.

He said: "I had been commissioned to research and write The Cloud Book (which came out in 2008), using the Met Office's amazing photo archive, and I kept coming across weird and wonderful clouds that seemed to defy categorisation, but because The Cloud Book was intended to be a fairly serious pictorial guide to all the clouds listed in the international cloud classification, most of these oddities were left out.

"But I carried on collecting more and more of them, finding them in photo libraries, trawling the internet, asking photographer friends and acquaintances, and within a year I had amassed several hundred pictures of bizarre and beautiful cloud formations. Extraordinary Clouds is the result."

Some of the most spectacular images in Hamblyn's book came from The Cloud Appreciation Society, a 17,000-strong group of cloudspotters.

Callanan's A Planetary Order examines the fragility and interdependence of the Earth's environmental systems.

The artist, a teaching fellow at UCL Slade School of Fine Art, said: "Unlike Richard, who's got a fascination with clouds, I've never really considered them before. I've been more interested in systems - systems that define how we live our lives. The idea behind the cloud globe is to show and highlight the fragility of the environmental systems that operate in the world."

The data to make the globe came from satellites overseen by NASA and the European Space Agency.

Callanan then turned the raw data into a 3D computer model with the help of the UCL Slade Centre for Electronic Media in Fine Art.

It was printed at the Digital Manufacturing Centre at the UCL Bartlett Faculty of the Built Environment.

"The Digital Manufacturing Centre creates architectural models for students, researchers and commercial clients, but this is the largest object they have ever created and it took two days just to manufacture," said Callanan.

The launch party for Extraordinary Clouds and A Planetary Order will take place on 30 June in the university's main quadrangle at Gower Street.

Extraordinary Clouds is available from all good bookshops and A Planetary Order will go on display at UCL's Pearson Building later this summer.

The Environment Institute acts as a focus for interdisciplinary research on the environment at UCL. It exists to improve links between the UCL research community, policymakers and private sector interests. It aims to identify the environmental concerns that will drive future policy agendas, and to contribute the science required to address them.