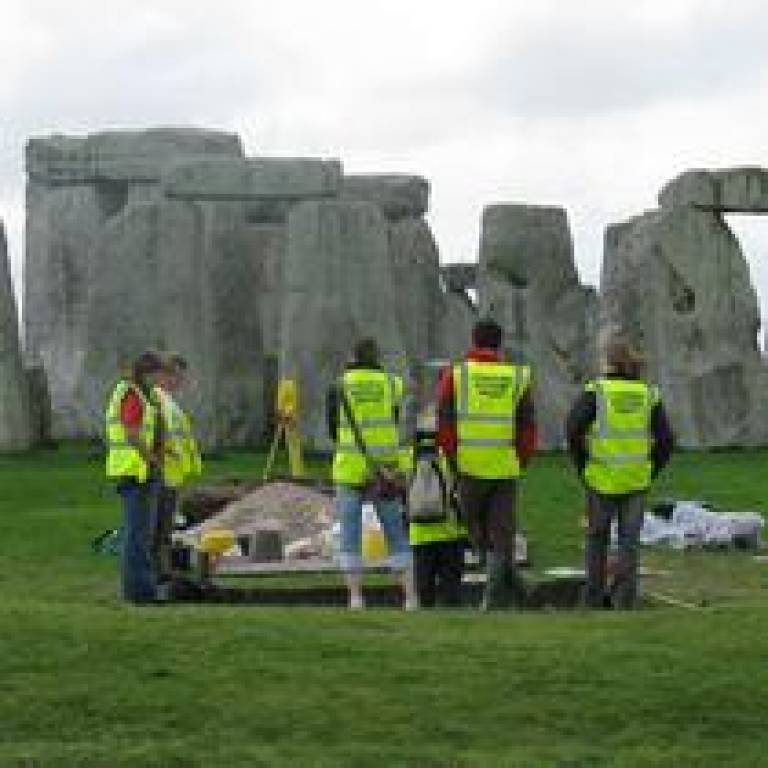 Professor Chris Tilley (UCL Anthropology) has delved into the mysteries of Stonehenge for a special edition of Channel 4's Time Team programme.

Professor Tilley has played a leading role in the Stonehenge Riverside Project, a five-year research project at the Wiltshire landmark.

The project, a collaboration between five university archaeological departments, was a chance for students to gain fieldwork experience of surveying, geophysics and excavation.

During the excavation of the famous stone circle, the team discovered the biggest Neolithic settlement in northern Europe, and unravelled not only how, but why Stonehenge was built.

The project, which was filmed by Time Team throughout, was funded by the Arts and Humanities Research Council (AHRC).