UCL is delighted to announce three new appointments, which will shape the development of life and biomedical sciences at UCL in the coming years. 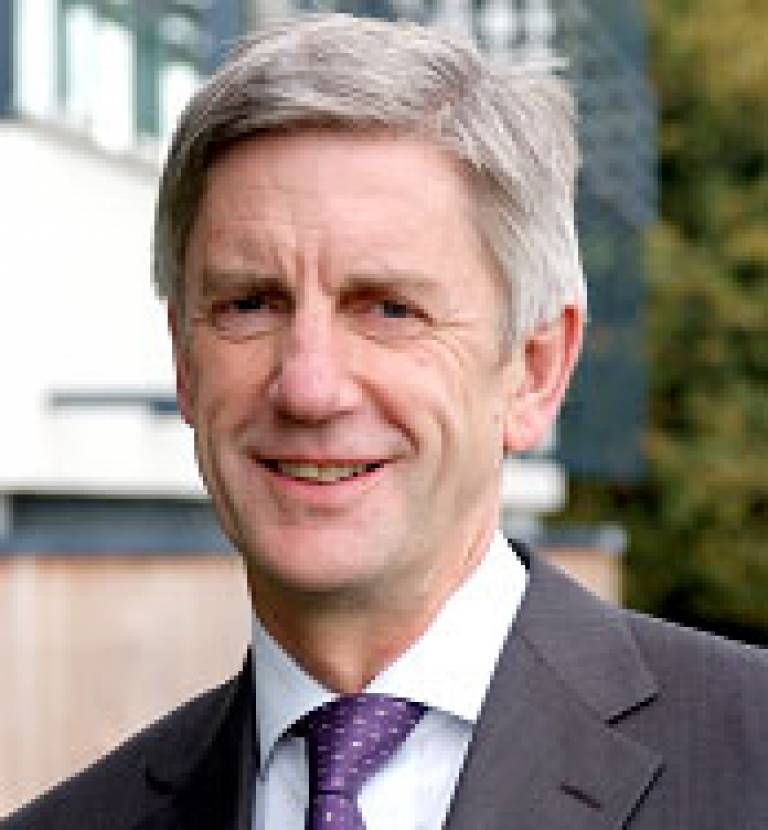 Professor Malcolm Grant, President and Provost of UCL said of the appointments: "I am confident that we have attracted the strongest possible team to lead biomedical sciences at UCL at this exciting time in its history. We need clear-sighted strategic leadership and strong teamwork to capitalise on the many opportunities that lie ahead, even in the challenging financial times that we face. We have appointed three distinguished individuals, with an appropriate balance of scientific and clinical expertise, and a shared determination to build on the extraordinary strengths of UCL across the board."

Professor Sir John Tooke
As Vice Provost (Health), Professor Tooke will develop and initiate the implementation of strategy for all biomedical and life sciences activity across the UCL School of Life & Medical Sciences. Professor Tooke comes to UCL from the Peninsula College of Medicine and Dentistry, where he is Dean and where he has responsibility for leadership of the research strategy.

Professor Sir John Tooke was a Wellcome Trust Senior Lecturer in Medicine and Physiology and Honorary Consultant Physician at Charing Cross and Westminster Medical School before moving to Exeter in 1987.

Until 1 November 2000 he was Consultant Physician with interests in diabetes, endocrinology and vascular medicine at the Royal Devon and Exeter Hospital NHS Trust, and Professor of Vascular Medicine at Exeter University.

Professor Tooke chairs the Medical Schools Council and the UK Healthcare Education Advisory Committee. He recently led a High Level Group for the Chief Medical Officer on Overcoming Barriers to Clinical Effectiveness, and at the beginning of 2007 was invited by the Secretary of State to lead an Independent UK Inquiry into Modernising Medical Careers, the final report for which was submitted in January 2008.

He is also a Member of the reconfigured National Institute for Health Research Advisory Board, the Universities UK Health and Social Care Policy Committee and the NHS Evidence Advisory Board. He was knighted in the  2007 New Year's Honours list for Services to Medicine.

Professor Tooke said: "I am delighted to have been appointed Vice Provost (Health) at UCL at this exciting point in history. The potential to build further on the huge strengths in life and biomedical sciences and help develop the burgeoning partnerships with the NHS, academia, major funders and industry represents an unprecedented opportunity for British biomedicine. I regard it as a great privilege to have led the development of the Peninsula College of Medicine and Dentistry. I look forward to the new challenge with similar sentiments and great enthusiasm".

Professor Mary Collins
Professor Collins takes up the role of Dean of Life Sciences from 1 September 2009. Mary Collins has been Professor of Immunology at UCL since 1997. She became Director of the UCL Division of Infection & Immunity in 2008, having served as Head of UCL Immunology & Molecular Pathology from 2000 to 2007.

Professor Collins was appointed Director of the Medical Research Council/UCL Centre for Medical Molecular Virology in 2005. She was a member of the HEFCE sub-panel for the Infection & Immunology unit of assessment in the 2008 Research Assessment Exercise (RAE 2008); and was also a member and key contributor to the work of UCL's RAE 2008 Strategy Group.

Professor Collins is a Fellow of the Academy of Medical Science.

Professor Ian Jacobs
Professor Jacobs takes up the role as Dean of Biomedical Sciences from 1 July 2009. He first moved to UCL and UCLH in 2004 as Professor of Gynaecological Cancer Surgery, to set up and direct the new UCL Institute for Women's Health.

Since 2006, as Research Dean and Director of Research & Development (R&D) he has led on the merger of UCL, UCLH and Royal Free R&D, the successful bid for a UCLH/UCL Comprehensive Biomedical Research Centre and the establishment of the UCL and NHS partners' Health Sciences Research Deanery. Most recently he led on the presentation to the Department of Health for the UCL Partners Academic Health Sciences Centre.

Professor Jacobs directs a laboratory and clinical research team with grant awards of over £30m from the Medical Research Council, Cancer Research UK and Department of Health, focused on molecular genetics, proteomics and screening for cancer.

Professor Jacobs has a strong commitment to health in the developing world through his role in establishing and directing the Uganda Women's Health Initiative involving UCL, Makerere University and Mulago Hospital.

He founded the Gynaecology Cancer Research Fund and has been President of the British Gynaecological Cancer Society and European Society of Gynaecological Oncologists. He is currently Chair of the North Central London Research Network and a member of the MRC Translational Strategy Committee, alongside charitable roles as Medical Director of the Eve Appeal and Patron of Safehands for Women.

Professor Jacobs said: "It is a great privilege to take on the role of UCL Dean of Biomedical Sciences. I look forward to working as part of a leadership team to deliver the full potential of our internationally leading biomedical centre. UCL and our partner hospitals have an outstanding opportunity to improve lives in London, the UK and globally, through education, training, advances in scientific understanding and the translation of research progress into healthcare benefit."

Life and biomedical sciences at UCL
UCL is the UK's research powerhouse in biomedicine and life sciences, confirmed by an excellent performance in the 2008 Research Assessment Exercise. The ISI Essential Science Indicators, often used as a measure of research excellence, demonstrate that UCL is top in Europe for Clinical Medicine, and in the top three for a range of other biomedical disciplines.

A new level of integration between the Faculties of Life Sciences and Biomedical Sciences has led to the creation of the School of Life & Medical Sciences, the overarching body responsible for delivering UCL's mission in biomedicine and the life sciences. This is the structure that will be led by Professor Tooke, with Professor Collins leading for the life sciences and Professor Jacobs leading for the biomedical sciences.

UCL is also investing in far-reaching institutional partnerships in life and biomedical sciences. One of these is UCL Partners, UCL's partnership with four of London's biggest and best known hospitals and research centres, which has now been established as the largest Academic Health Science Centre in Europe.

Another major partnership for UCL is the establishment of the UK Centre for Medical Research and Innovation, a joint venture with the MRC, the Wellcome Trust and CRUK, the plans for which are now well advanced.