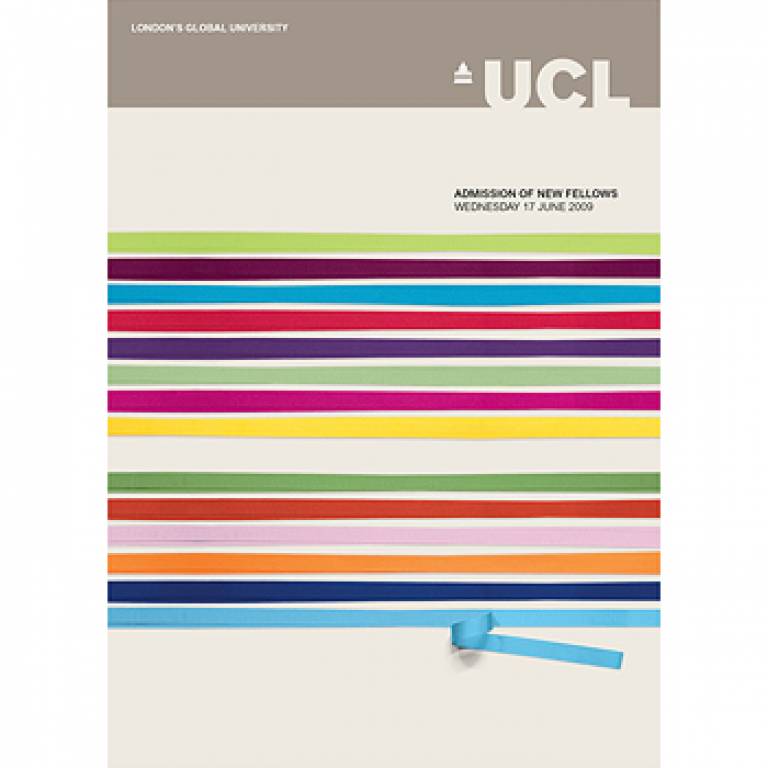 Fifteen eminent personalities joined the ranks of UCL Fellows and Honorary Fellows at an inauguration ceremony on 17 June 2009.

UCL Fellowships (for former students) and Honorary Fellowships (for those who are not UCL alumni) are awarded to people who have attained distinction in the arts, literature, science or public life; have rendered exceptional service to UCL, which may include philanthropic support, to UCL; or have or have had a close association with UCL.

The new Fellows and Honorary Fellows are below.

UCL President and Provost Professor Malcolm Grant said: "The qualities that we value in our teaching and research are those that we recognise today in those whom we admit as Fellows (alumni of UCL) and Honorary Fellows. They have all excelled, in diverse fields, and their purpose, energy, enthusiasm and achievement are an inspiration to all members of the UCL community."

Chair of UCL Council Sir Stephen Wall added: "Through my role as Chair of UCL Council, I have gained new insights into UCL, and a new respect for the world-class research and teaching community in which I am privileged to play a part. In a similar way, UCL Fellowship creates an important new bond and new opportunities to explore the university afresh.

"UCL is a great institution and everyone in the wider UCL community can play an important role in promoting our successes and fuelling our future achievement. Our new Fellows and Honorary Fellowsare invited to share in this endeavour".