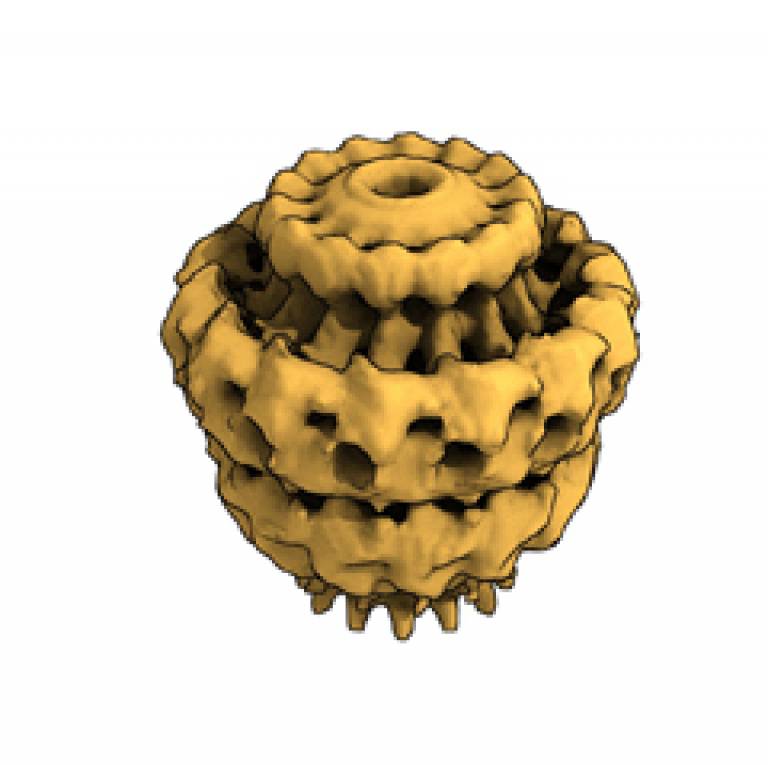 A team of scientists from the UCL and Birkbeck Institute of Structural and Molecular Biology (ISMB) have identified the structure of a key component of the bacteria behind such diseases as whooping cough, peptic stomach ulcers and Legionnaires' disease. The research also sheds light on how antibiotic resistance genes spread from one bacterium to another. The research may help scientists develop novel treatments for these diseases and novel ways to curtail the spread of antibiotic resistance.

The research, published today in the current issue of 'Science', describes the structure of the core complex of a type IV secretion system, viewed using cryoelectron microscopy (a form of electron microscopy where the sample is studied at very low temperatures).

Professor Gabriel Waksman (UCL Biochemistry), director of the ISMB and lead author of the study, says: "Type IV secretion systems play key roles in secreting toxins which give certain bacteria their disease-causing properties and, importantly, are also directly involved in the spread of antibiotic resistance."

Type IV secretion systems have become central in the effort to fight infectious diseases caused by bacteria. Gram-negative bacteria have a double membrane. At the core of the type IV secretion system is a double-walled chamber which spans the two membranes and opens at one side. Professor Waksman believes this chamber may offer a new pathway for targeting these bacteria: "If we can inhibit the secretion systems that mediate transfer of antibiotic resistance genes from one bacterial pathogen to another, we could potentially prevent the spread of antibiotic resistance genes."

He adds that pathogens which use type IV secretion system for secretion of toxins can be targeted directly for inhibition through the system. Such research would have a considerable impact on public health.

For more information on this story and to read the research article, follow the links at the top of the page.

UCL Context: The Institute of Structural and Molecular Biology (ISMB)

The ISMB was created in 2003 to promote structural biology, proteomics, and chemical biology at UCL and Birkbeck and to foster closer links between various schools and departments in the two institutions. It seeks to provide a scientific environment conductive to world-class research in the field of protein science, and to exploit knowledge of protein function to further our understanding of human diseases.  Another major goal of the ISMB is to promote interdisciplinary research linkings its five programmes: Structural Biology, Chemical Biology, Biophysics, Proteomics and Bioinformatics.