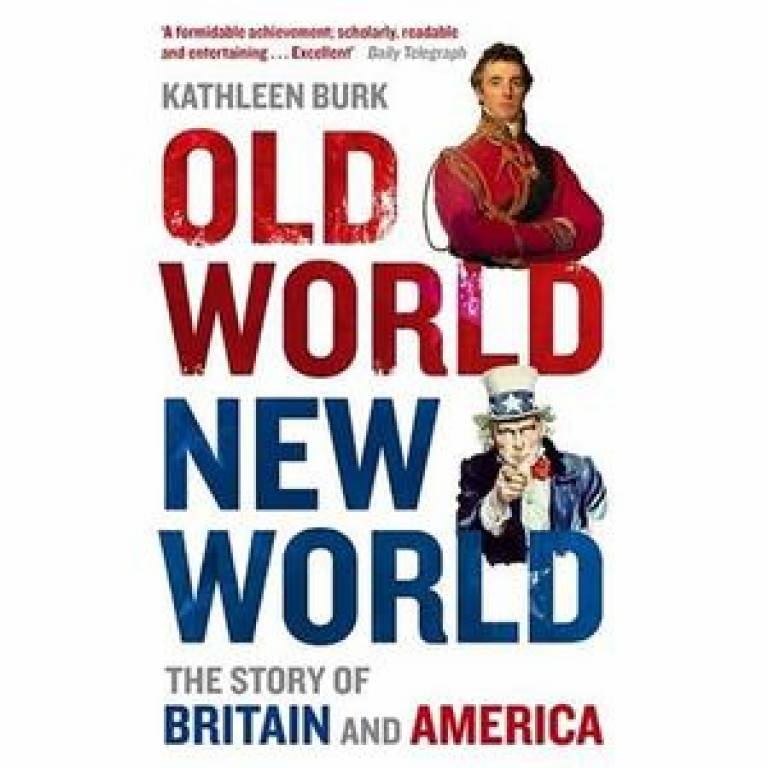 Professor Kathleen Burk (UCL History) has won the Society for History in the Federal Government's Henry Adams Prize 2008 for 'Old World, New World' (published by Little, Brown), which charts the relationship between Britain and America across four hundred years, from colonisation to the Iraq War.

The Henry Adams Prize recognises each a year an outstanding major publication that furthers the understanding and history of the US federal government, and demonstrates quality and thoroughness of research drawing on original and primary sources.

The prize will be formally presented to Professor Burk in Washington DC on 19 March 2009.

Professor Burk said: "The Society for History in the Federal Government have awarded me the Henry Adams Prize for 2008 for my book 'Old World, New World: Great Britain and America From the Beginning' - and it truly is from the beginning, covering from 1497, when John Cabot, a man from Bristol, 'discovered' North America, to March 2003, when Britain became a member of the 'coalition of the willing' in Iraq.

"I am particularly pleased that it is called the Henry Adams Prize.  Adams was part of a dynasty which produced a Founding Father, John Adams, who was also the second President of the United States; John Quincy Adams, sixth President and probably the US's greatest Secretary of State; and Charles Francis Adams, the American Minister to Great Britain during the American Civil War. But Henry Adams was also arguably one of America's greatest historians, and not the least of the pleasures involved in writing my book was the need to read all of his works."

The Adams Prize commemorates the author of the classic multi-volume 'History of the United States during the Administrations of Thomas Jefferson and James Madison'. Adams completed his scholarly work in Washington, where he maintained close contact with the successors of federal officials whose activities he analysed in his history.

The Society for History in the Federal Government brings together government professionals with academics, students and others interested in fostering a better understanding of the federal government from a historical perspective.

Image: Dust jacket of the paperback edition of Professor Burk's 'Old World, New World', to be published in March 2009

UCL Context
UCL History had an outstanding result in the 2008 Research Assessment Exercise, when 40% of its research was rated 'world-leading' - making it the joint top-rated UK history department. It is distinctive for the sheer breadth of its expertise, which spans the fourth millennium BC to the contemporary world. The department has several distinguished historians of Britain, the ancient Near East, Europe, the US and Latin America. It also offers a range of courses on London history.