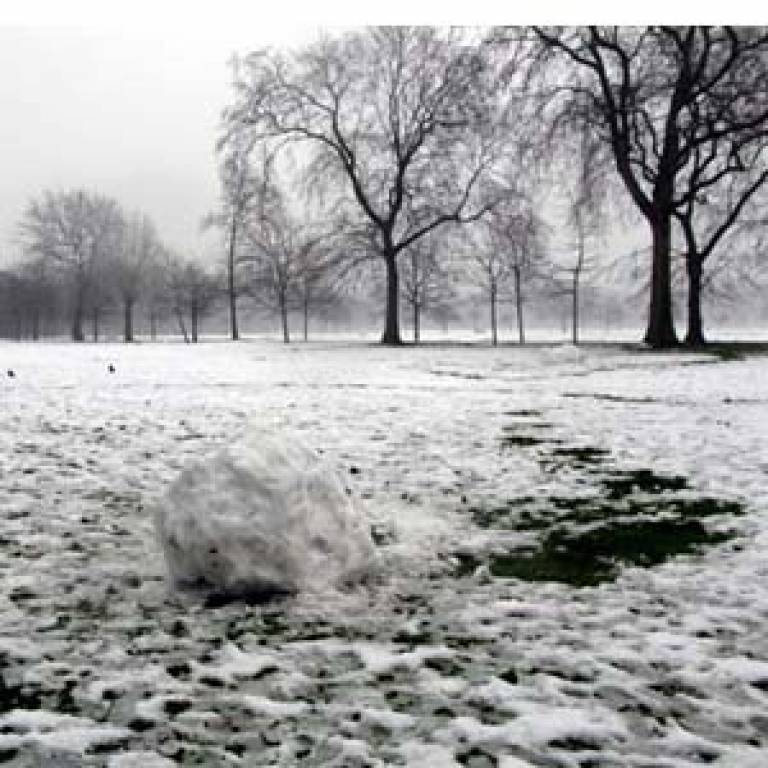 In an email to colleagues and friends, Martin wrote:

"Here is some important news I must share with you.

Late last night I began hearing reports of strange icy objects in a part of east London commonly referred to as Victoria Park. It was too dark to investigate and the park was locked until this morning. At dawn I set out to investigate, having only just returned to my office, this is the first email I write. What I discovered was so strange and unusual the first step was to upload the documentation to my website and contact you as a matter of urgency.

Within what appeared to be a rather contained area of roughly 200 acres coinciding remarkably with the boundary of Victoria Park, I found and recorded more than 300 occurrences of what I refer to as "ice balls". These are roughly spherical objects ranging from ~30cm to more than ~150cm diameter. For now, until more information becomes available to me, I must surmise these 'ice balls' are similar in origin to hail. Perhaps this exaggerated scale is the latest phenomenon associated to our rapidly changing climate."

Martin - a UCL Slade School of Fine Art staff member - has created the mini-project in his role as Artist-in-Residence at the UCL Environment Institute. He explained: "These objects are indeed most unusual and unaccountable; we have, as yet, been unable to explain these unaccustomed icy spheres and demi-spheres."

To find out more and to see the resulting photographs, use the links at the top of this article