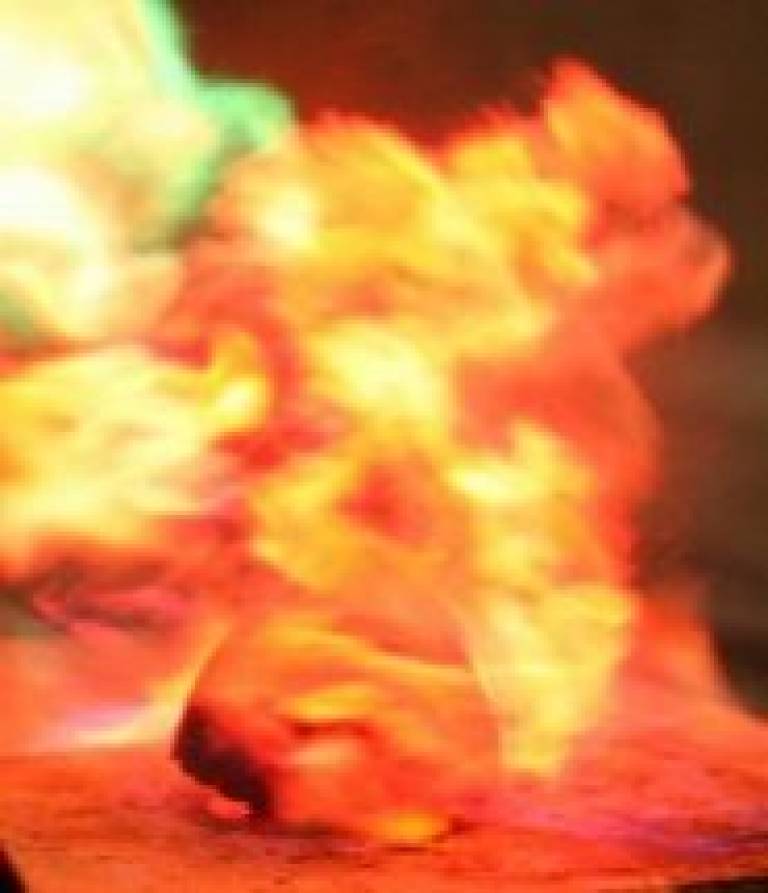 Slavery, non-violent protest, lead poisoning and curious chemistry are the themes of UCL staff and students' public work recognised in the first annual Provost's Awards for Public Engagement at UCL.

Four winners shared the prizes awarded by Provost Malcolm Grant on Monday 14 December 2009, showcasing the many ways in which UCL increasingly engages with public audiences.

Dr Caroline Bressey, Department of Geography and Director of UCL's Equiano Centre, won the research staff prize for her work engaging a wide audience in her research on the African diaspora in Britain. The award recognises her efforts to ensure community voices are heard in research and in policy. Caroline has worked with 'community scholars' - a term she has coined to acknowledge work by researchers outside academia with whom she collaborates on research and funding applications. Caroline has been instrumental in co-curating exhibitions on slavery and abolition at the National Portrait Gallery and has made important contributions to several other exhibitions, campaigns and initiatives.

Simon Gould, UCL's contemporary projects curator, won the support staff prize for his innovative programme of public events, exhibitions, artist collaborations and workshops. His most recent project, Object Retrieval, with artist Joshua Sofaer involved a converted Routemaster bus parked in UCL's main quadrangle which was visited by thousands of people. On display in the bus was an object from the university's pathology collection - a 1960s toy car linked to the suspected lead poisoning of a toddler - for which many visitors were able to contribute their own knowledge and experiences to build a vast biographical network of information around the toy.

Rosie Coates (UCL Chemistry) and Saba Haider (UCL Centre for Intercultural Studies) shared the student prize for engager of the year. Saba Haider moved to Lebanon to research her Film Studies Master's degree on Palestinian cinema at UCL. She continues to share what she has learnt with Palestinian people in Beirut's refugee camps and in Palestine, teaching them to make films that highlight their circumstances through non-violent forms of resistance.

UCL's School of Slavonic and Eastern European Studies (SSEES) received the Public Engagement Unit Prize for the shift in outlook on public work that has taken place in the department in the last year. In this time, SSEES staff have been involved in a range of public activities, including events to explore the experiences of London's Eastern European migrants.