Reflections on COP15: two steps forward, one step back 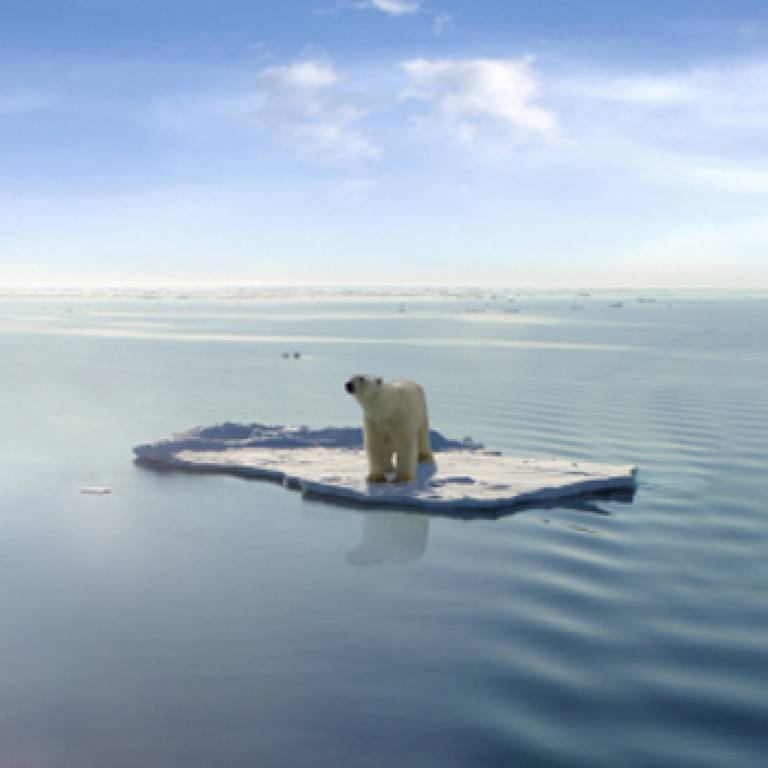 Professor Mark Maslin is director of the UCL Environment Institute and a leading climatologist with particular expertise in global warming.

He recently organised a trip to the climate change summit in Copenhagen for a party of students from UCL. Here he reflects on what was achieved at COP15 - and the hard work that lies ahead.

"So after years of discussion and two weeks of intense negotiation what exactly did Copenhagen achieve? Very little according to the Provost's UCL Student Team at Copenhagen; but let us start with the positives. At Copenhagen every major world leader accepted the science of climate change and the severity of the consequences if we do nothing.

For the first time we had a US President not only fully accepting the threat of climate change, but negotiating hard with China, India, Brazil and South Africa to produce an agreement. The result is the Copenhagen Accord, a non-binding pact, which was acknowledged but not adopted by full consensus at the summit.

The main point of the Accord is the recognition that global temperature rise must be limited to no more than 2˚C (3.6˚F) above pre-industrial levels. It pledges over the next three years $30bn (£18.5bn) of aid for developing nations and aims to provide $100bn a year by 2020 to help poor countries cope with the impacts of climate change. But it does not say where this money will come from, using vague words such as 'public and private, bilateral and multilateral, including alternative sources of finance'. In effect it will be like the G8 promises of money to aid development - it will probably never materialise.

The bad news is that the Accord is not legally binding and provides no plan of how to limit emissions. It was already clear by Thursday on the last week of COP15 that the aim of a legally binding agreement by 2010 had been dropped at the insistence of China. The Accord does not state when total global emissions should peak, due to opposition by some richer developing nations. The science, however, tells us this is critical as it is the total amount of carbon emitted into the atmosphere that controls the global temperature rise. So the later global emissions peak, the deeper everyone's cuts will have to be afterwards to avoid catastrophic climate change.

There are no country limits set - instead countries are asked to spell out by 1 February 2010 their pledges for curbing carbon emissions by 2020. So there is no equity in the Accord, just what countries feel they can get away with. In addition the deal also does not spell out penalties for any country that fails to meet their own targets.

Where does that leave us? The Accord should be seen as simply a face-saving agreement. The politics are clear: some developed and the richer developing countries resisted the call for legal limits to emissions. The original text discussed at Copenhagen included a global cut in emissions of 50% by 2050, including an 80% cut by all developed countries. Key to future negotiations are China, India and Brazil, who need to agree to binding limits. The Copenhagen summit must be a stepping-stone to stronger commitments and a legally binding treaty at COP16 next year.

What role can UCL play? At UCL we have set up a working group led by the UCL Environment Institute's Professor Chris Rapley to understand the complexity of 'carbon governance' at local, national and international levels. One of the major issues raised at Copenhagen was the transparency of emission reporting. This was a major requirement for the USA, which was resisted by certain developing countries as an infringement to sovereignty.

UCL continues to provide the vision and technology for a carbon-neutral world. The institution also plans to transform itself over the next few years into a case study of how a university can significantly reduce its carbon footprint while still providing one of the best educational settings in the world."

For more information about the UCL Environment Institute or the wide range of climate change-related research taking place at UCL, follow the links above.

Image: a polar bear on an ice floe in the Arctic sea

The UCL Environment Institute was set up in 2003 as the focal point for environmental research and related activities at UCL. Its mission is to develop synergies between science, social science, engineering, humanities and the arts to tackle both natural and anthropogenic environmental risks.